'Why did you have to take away my baby like that?': Family pleads for answers after security officer killed in Dallas

The gunman, who was wearing a jacket with the word "Police" on the back fled the scene with a woman driving a white Volkswagen Passat. 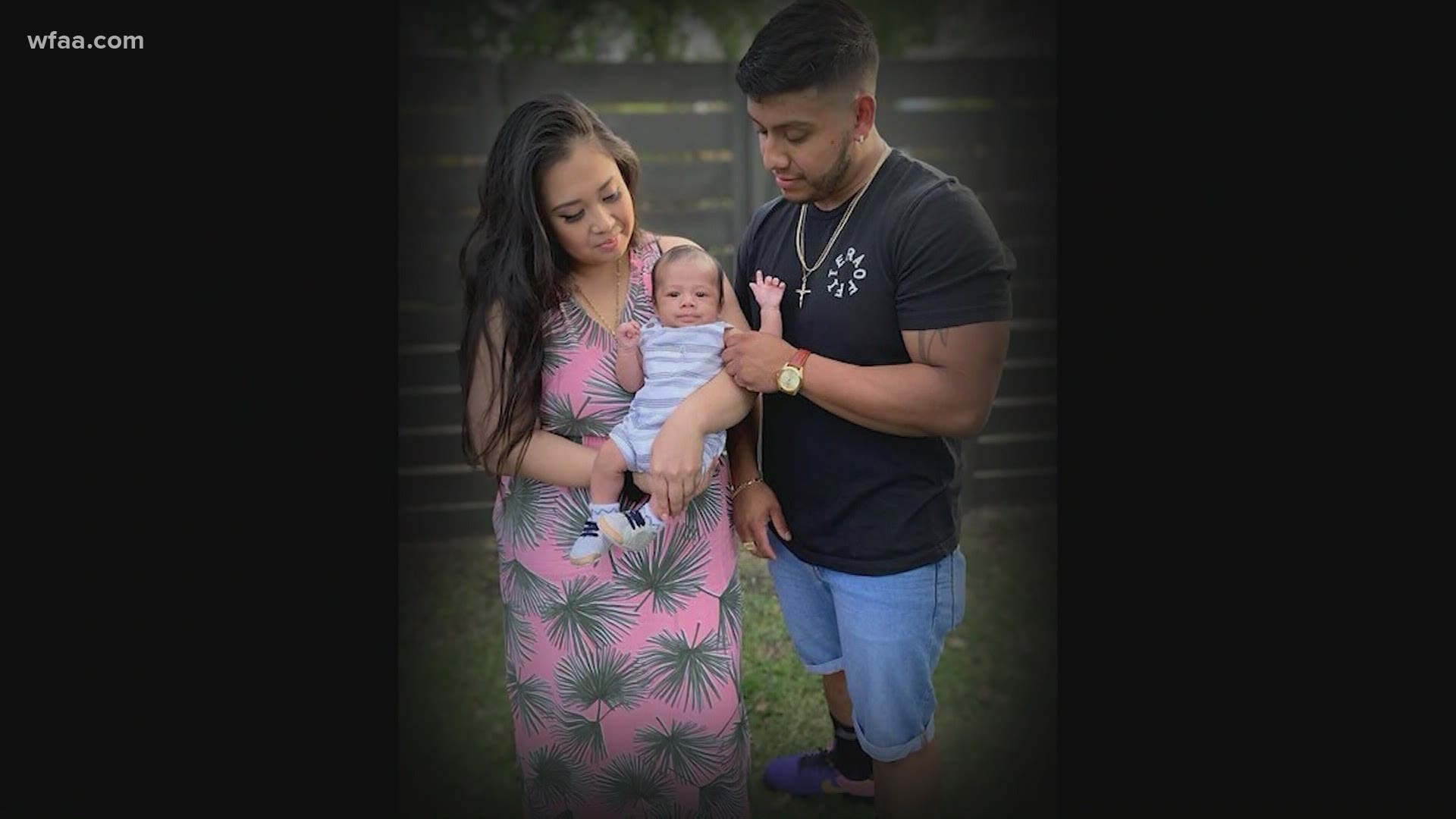 Updated at 10:00 p.m. with a clarification on who called Amara Voth.

As Dallas police investigate who shot and killed a security officer who was servicing an ATM on Monday, the family is pleading with the community to share every tip.

Jose Montes, 28, was shot and killed Monday morning. The gunman, who was wearing a jacket, with the word "Police" on the back, fled the scene with a woman driving a white Volkswagen Passat, officials said.

The suspects had not been arrested Tuesday, but sources with the police department said they were interviewing someone in connection to the case.

“We just need the community to help us find the people who did this to my son because we’re really going to need some help,” said Jose Montes Sr.

The younger Montes was a son, brother and father to 5-month-old Ayden Montes.

“He was so excited to grow with him,” said Amara Voth, Montes' fiancée, of their son.

Voth said she learned of the shooting on a phone call from Touchpoint 21, Montes' employer.

“They told me there’s been an accident and a robbery and that Jose just got shot and that’s when I just broke down. I couldn’t speak any further,” Voth said.

But the family says they learned that Montes died while watching a news conference on TV. Police officials said Montes was shot during a robbery of an ATM and armored vehicle.

“Why did you have to take away my baby like that?" asked Maria Montes. “If it was for the money he can take the money and run away with the money, not kill someone who was living his life.”

The mother said her son was sweet and "loved everyone."

"I don't think it's fair for me to go through this," she said.

Voth said her fiancé was the glue of the family.

Credit: Courtesy photo
Jose Montes with his son. The security officer was killed Sept. 14 while working on an ATM.

The family said they hope that remembering Montes' strength and kindness will give them solace.

Anyone with information on the shooting is asked to call Crime Stoppers at 214-373-8477.

The family has a GoFundMe set up.