'People want to know': When will Dallas Police Chief U. Reneé Hall return to work?

Dallas Police Chief Renee Hall has been out since July 10 and no one will say when she is coming back. 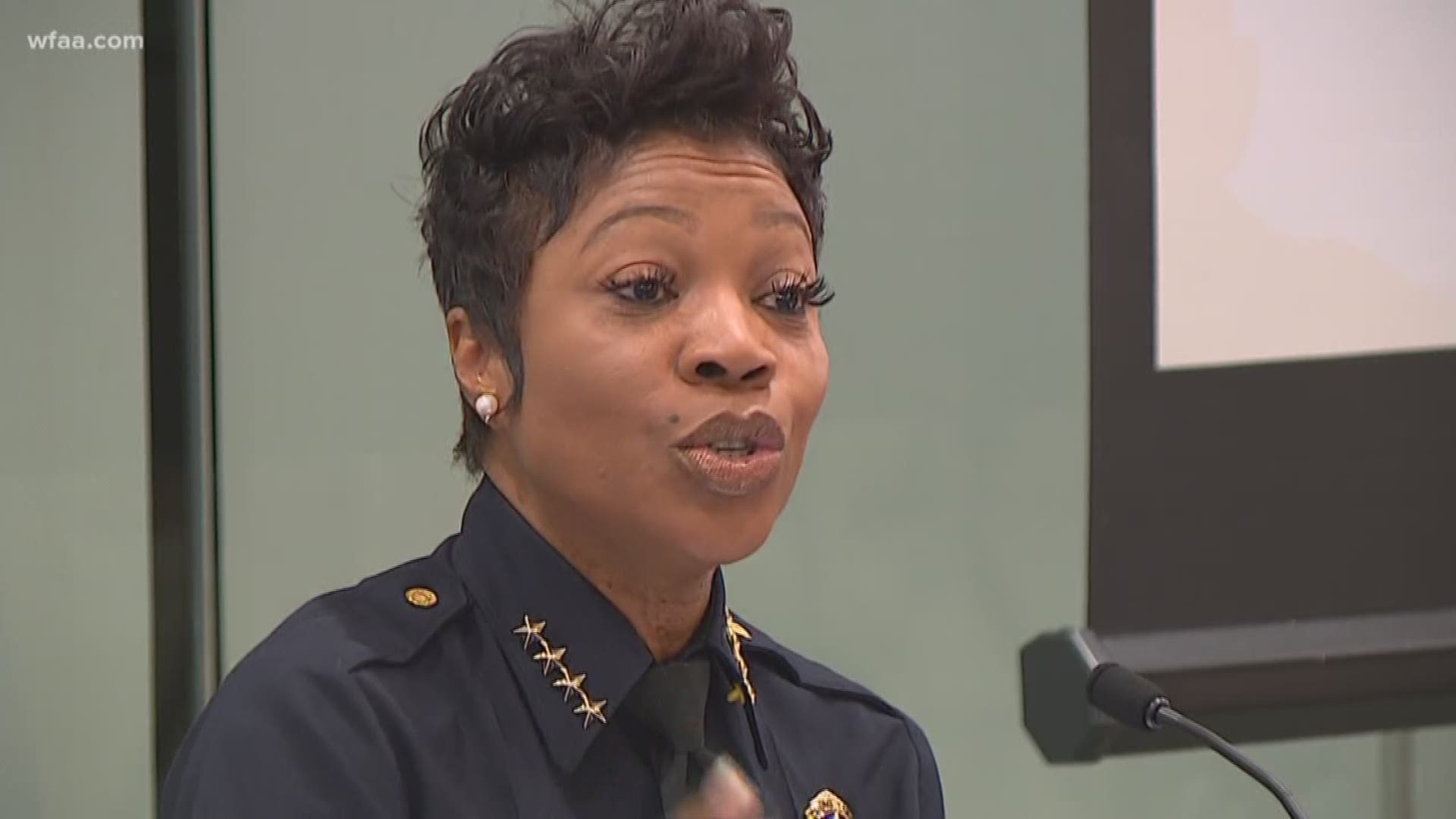 Dallas Police Chief U. Reneé Hall has been out since July 10.

While the police department said the police chief is on medical, they haven't confirmed exactly where she is or when she'll return.

On July 17, the department issued an official statement that said the police chief had major surgery and was recovering. Citing HIPPA rules, they didn't reveal further details.

However, at the beginning of Hall's absence, the department initially only said that the police chief was on leave and that Executive Assistant Chief David Pughes would be in charge.

When WFAA pushed for more answers, the department later said Hall was on medical leave and that the surgery had been scheduled since January.

Hall left at a time when the city's crime rate is at its highest in decades.

Her leave also comes after she was under fire from Latino groups, who asked for her resignation, saying she has ignored their concerns.

The City manager, who is Hall's direct boss, has been quiet about the matter.

"That's a very public position," said Sheldon Smith, president of the National Black Police Association. "People want to know when is our chief going to be back? Who is in charge?"

The department asked that people respect Hall’s privacy and time off.

But critics say that as a high-ranking official, Hall shouldn't expect the same level of privacy as the rank and file.

"Our homicides are at an all-time high, and those are the things people want to know – if our leader is here," Smith said. "And there is no indication from the City if this is going to happen."

As the department continues to operate without Hall, Pughes remains in charge.

“The City of Dallas, in compliance with the Federal Family Medical Leave Act (FMLA), provides FMLA to all City employees according to Section 34-24.1. of the Personnel Rules, adopted by the Dallas City Council. FMLA protects the employee’s job andhealth insurance for up to 12 weeks but it is not considered paid leave; however, employees may use their sick or vacation leave banks (which is paid time) to cover any FMLA leave.

All FMLA leaves require a Healthcare Provider Certification. The City does not provide information about an employee’s FMLA certification, sick or vacation banks, details on how employees choose to use these banks to cover their FMLA related absences, or the period of time to which the employee is approved for FMLA.  This information is protected by the Health Insurance Portability Protection Act (HIPPA).

The Chief does not receive a cell phone or car allowance.

The City of Dallas will not respond to any additional questions regarding Chief Hall’s FMLA status.”