Dallas Police Chief U. Renee Hall is on a scheduled leave of absence following a "major surgery," according to a statement released by Dallas Police. 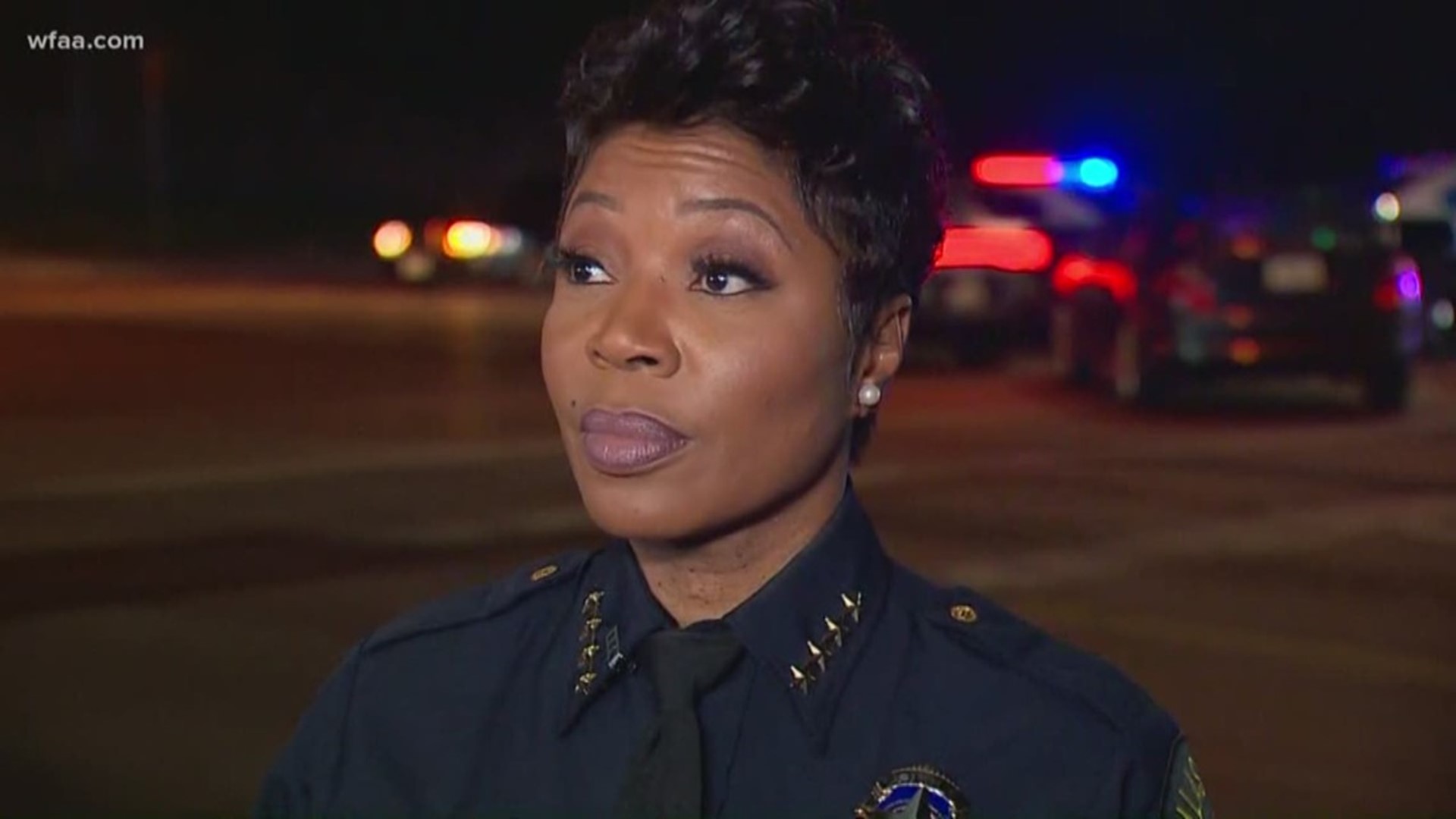 DALLAS — Dallas Police Chief U. Renee Hall is on a scheduled leave of absence following a "major surgery," according to a statement released Wednesday night by the Dallas Police Department.

"It is well known that Dallas Police Chief, U. Renee Hall's mother passed away in October of 2018 from lengthy health challenges. Her mother's illness prompted her to have a wellness check in January of this year. The physicians expressed concerns that needed to be addressed and scheduled surgery for July. Hall underwent a procedure this week and is home resting comfortably.

"She wants her officers and the community to know that she appreciates their concerns and well wishes as she recuperates. On behalf of the police department and City Hall, we ask that you respect her privacy and time off. Executive Assistant Chief David Pughes will be acting in her stead."