Malik Tyler will be buried in Arkansas this weekend. 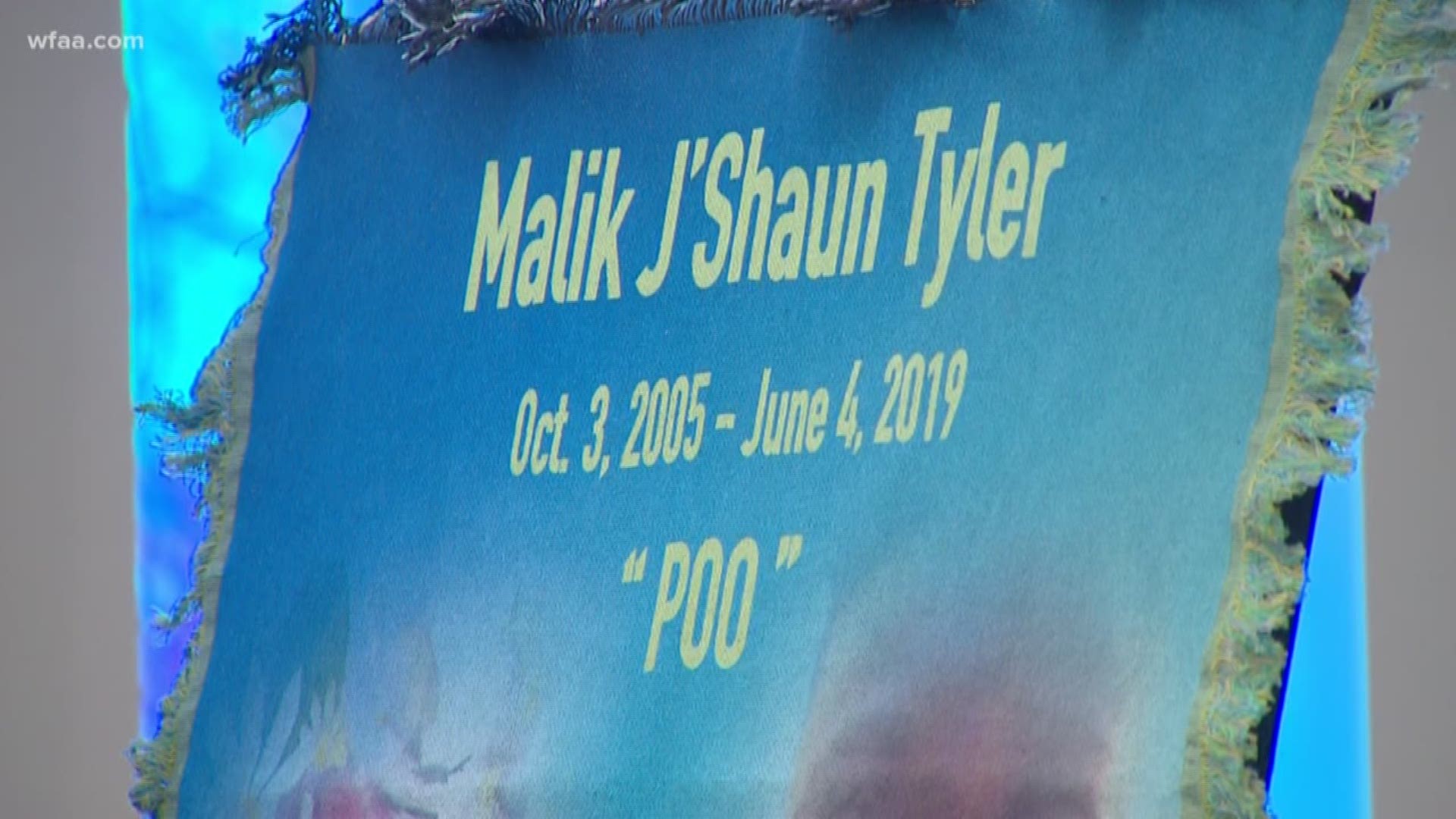 DALLAS, Texas — Dozens of family members, peers and friends attended a celebration of life for Malik Tyler Thursday night at a Dallas church.

Tyler, 13, was killed in crossfire from a gunfight on June 4 in front of a gas station near 9400 Bruton Road.

Police said Tyler was walking with his best friends on a sidewalk when someone opened fire from a car toward a group hanging out in a parking lot.

Another person returned fire, and one of the stray bullets struck Tyler.

Datrail Clayton, 21, was arrested the following day and now faces a murder charge in connection to Tyler's death.

Police, however, are still looking for more suspects to charge.

Tyler is originally from Arkansas and will be buried Saturday in the town of McGehee.

Before his family makes the trip out of state, they wanted to hold a celebration of life service for the teen in Dallas.

Tyler was a student at Young Men's Leadership Academy at Florence in Dallas.

A number of teachers and faculty attended the service, including those who taught Tyler in elementary school.

Several of Tyler's friends, including those who were walking with him when he was shot, spoke and asked for violence to cease in the city.

The only family member to speak was Tyler's sister, Keionna Smith.

Smith, 18, emotionally asked for her brother's death to unify Dallas.

"Everything that's going on in this world ... we need each other, we don't need to be separated," Smith said.

"We don't need to be against each other," she said. "We all family and I want y'all to see that...I want my brother to speak through me."

If you would like to help the Tyler family with funeral expenses, you can contribute to their GoFundMe.