He died after being shot by "crossfire or a stray bullet" 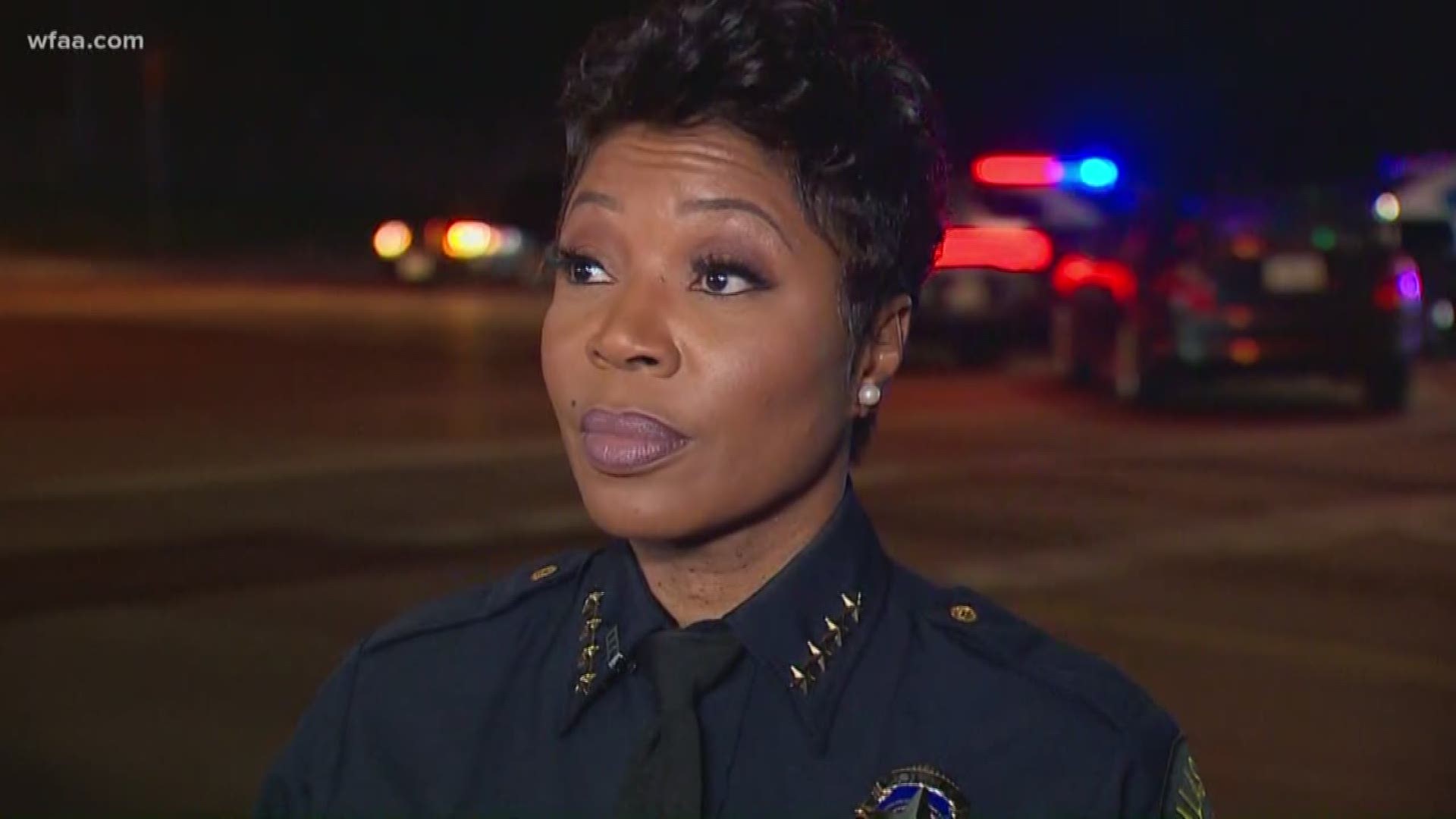 A 13-year-old boy is dead after being shot by "crossfire or a stray bullet" as two men in separate vehicles were shooting at each other in Pleasant Grove, Dallas police say.

The shooting happened around 7:10 p.m. Tuesday in front of a gas station near the 9400 block of Bruton Road.

Malik Tyler was walking on the sidewalk with friends when people in the cars started shooting at each other, police said.

Chief Reneé Hall told reporters at the scene that the moments leading up to the shooting are still being investigated.

However, she added that the department has seen a number of open drug deals being made in the area in the past.

"Historically, this is an area where gang members and drug dealers frequent," Hall said.

Credit: WFAA
June 4, 2019: A 13-year-old boy is dead after being shot by crossfire during a shooting that broke out at a gas station in Dallas' Pleasant Grove, police said.

As of Tuesday 10 p.m., police were looking for a silver Chrysler 300 in connection to the shooting and is still reviewing video from the gas station to determine if other suspects are involved.

The description of the other vehicle was not released.

"We are very, very angry about the level of violence that we are seeing in this city," Hall said. "We have lost one of our youth to violence that is not necessary.

"We will work all night until we find these suspects."

Tonight's shooting is the fourth Dallas homicide in June.

On Sunday night in an unrelated shooting at a car wash in south Dallas, 56-year-old Sheila Sanders was killed and three others were injured.

On Saturday afternoon, Chynal Lindsey's body was found in White Rock Lake. Her body had "obvious signs of homicidal violence," according to Dallas Police Chief Reneé Hall. Lindsey was the second transgender woman to be found dead in Dallas within a month.

Credit: WFAA
June 4, 2019: A 13-year-old boy is dead after being shot by crossfire during a shooting that broke out at a gas station in Dallas' Pleasant Grove, police said. 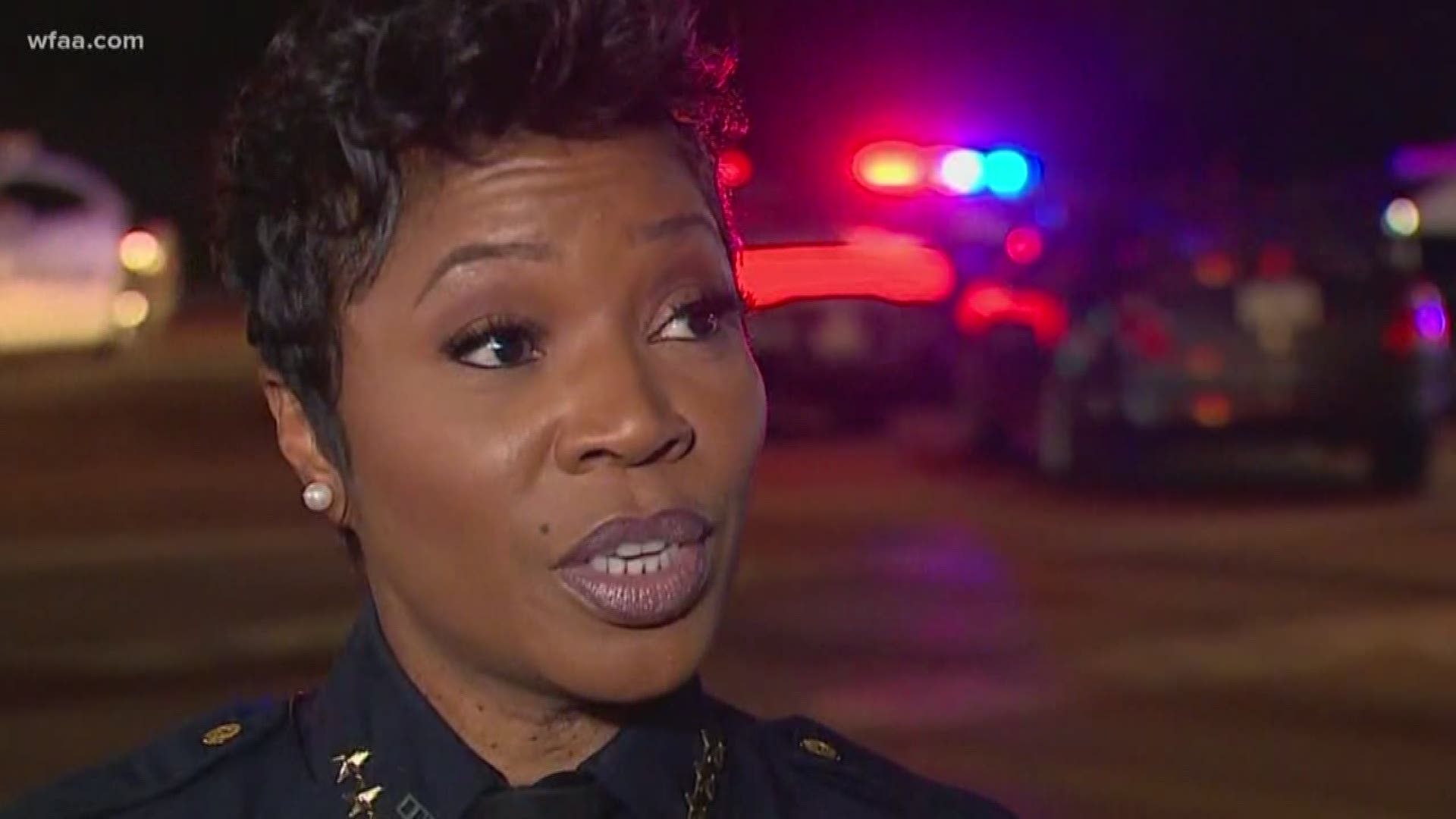