'All hands on deck': With murder rate increasing and more vigils for victims, DPD brings in partners to help address crime. 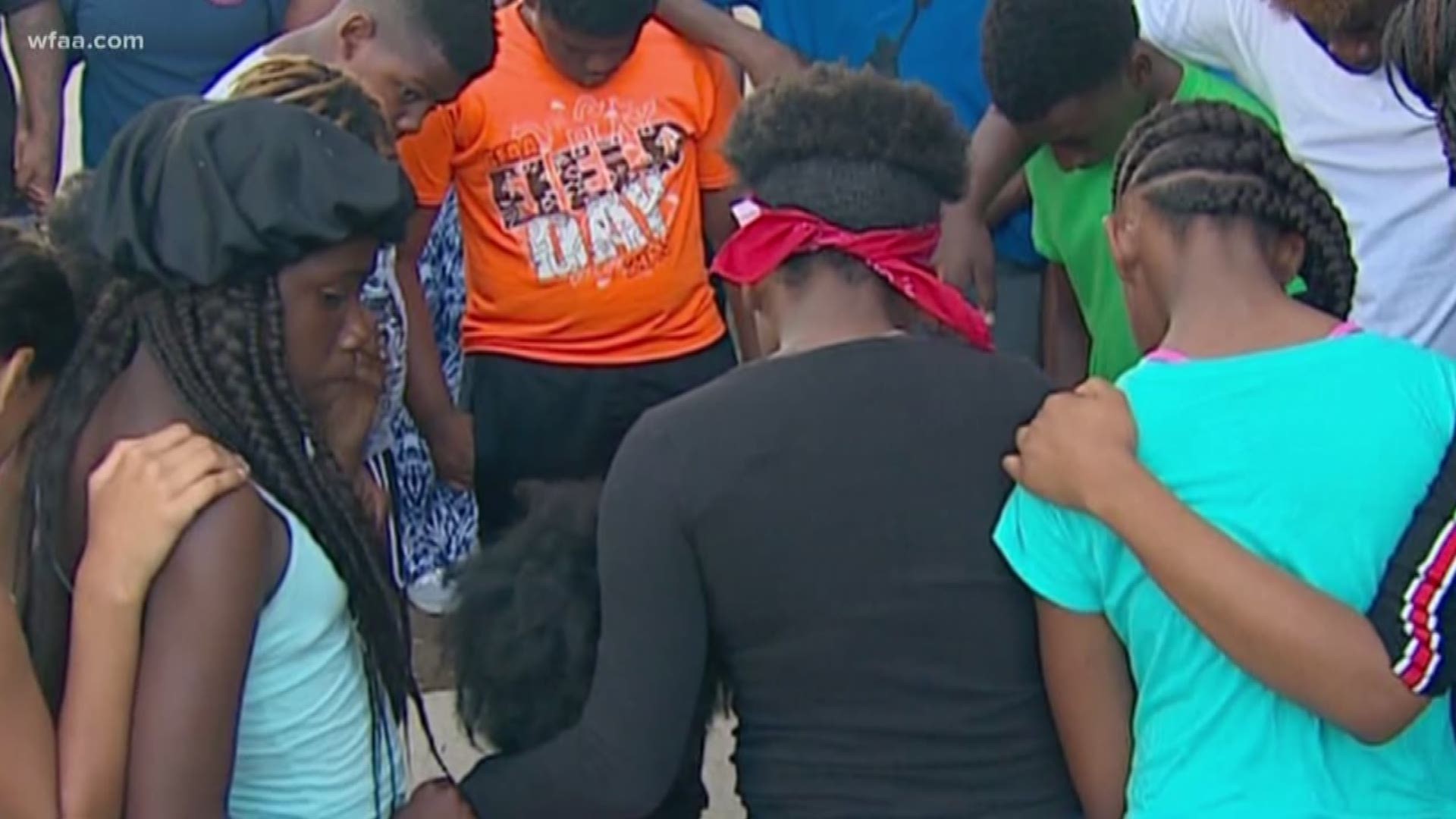 DALLAS — As a crowd gathered Friday near Bruton Road and St. Augustine Drive in Pleasant Grove, the song "Amazing Grace" filled the air.

It’s a familiar song and a spiritual that has become all too familiar at recent vigils for murder victims in the city of Dallas.

”Heavenly father we come to you, first asking for forgiveness,” a woman prayed.

Members of the crowd held balloons to release into the air in memory of the more than 40 victims who have been killed in Dallas since the month of May. Many of them were concerned residents, family members, and friends of 13-year-old Malik Tyler, the teen was shot and killed while walking home from the store this week.

”We got kids that’s hurting out here,” said Amanda Davis of OGU: Powered by Urban Specialists, a group whose mission is to stop senseless violence. “I mean, they are losing their friends.”

The group formed a prayer circle around a large group of children during the vigil. For them, the circle was a symbol of protection, since the city’s seeing victims of violent crimes getting younger and younger.

”We’re standing before you today to say enough is enough,” Dallas Police Chief Reneé Hall said during a press conference.

The dramatic spike in murder and violent crimes across the City of Dallas now has the Dallas Police Department partnering with Dallas Sheriff’s Office, Dallas District Attorney’s Office, Texas Department of Public Safety, and the U.S. Attorney’s Office. They will be targeting eight of the city’s highest crime areas.

The chief of police will not identify the hot spots, but some residents believe areas near some of the recent deadly shootings are among those areas.

“We can’t point the finger at them because they are trying to do their job," Davis said. "It’s the community’s time to step in and help them.”

At the end of the day, neighbors said they want safe streets. They do not want "Amazing Grace" setting the tone of another tragedy.