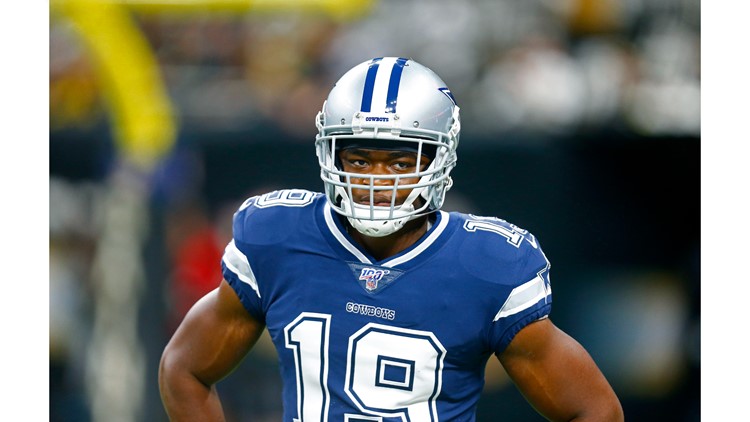 The Dallas Cowboys have accomplished one of their biggest offseason goals, on the first day of NFL free agency.

The Cowboys and their Pro Bowl wide receiver came to terms late Monday night on a 5-year contract, a Cowboys front office source confirms. The news was first reported by Adam Schefter of ESPN, who reports the deal is worth $100 million. That would put the annual average at $20 million, placing Cooper amongst the highest-paid wide receivers in the league.

That was expected. But to get Cooper at a price that doesn't set the market for wide receivers is a win for the Cowboys. And in addition to a reasonable price, the Cowboys now have their star wide receiver for the next five seasons.

Cooper has played 25 games in a Dallas uniform, racking up 14 touchdown receptions, and 1,914 receiving yards on 132 receptions in that span. That's an average 16-game season of 84 receptions, 1,224 yards and 9 touchdowns.

Cooper pairs with Michael Gallup, the Colorado State product entering his third NFL season, to form a respectable 1-2 punch in the Cowboys passing game, and a quality receiving corps for quarterback Dak Prescott, who Monday morning was hit with the exclusive franchise tag for the 2020 season. Later Monday night, former Cowboy Randall Cobb reportedly agreed to terms with the Houston Texans, meaning Dallas will have to figure out their slot receiver position for the coming season, perhaps via the draft.

The Cowboys lost cornerback Byron Jones in free agency on Monday, in an expected outcome.  He signed with the Miami Dolphins on the richest cornerback contract in NFL history.  Now the Cowboys focus likely turns to defensive end Robert Quinn, as they look to round out their roster under new head coach Mike McCarthy.