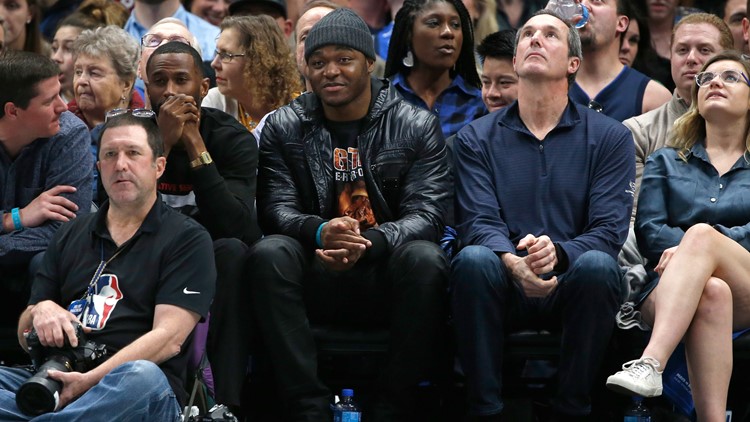 Patrick’s Inbox: How will the offseason shake out for the Cowboys?

The NFL Scouting Combine came and went with the intention of ringing in the NFL off-season. Now the teams around the league will focus on their plans moving forward with some serious obstacles ahead of them.

Whatever intentions clubs had for this off-season could change in an instant with the recent pandemic of the COVID-19 (coronavirus) outbreak. The NBA has suspended its season indefinitely. March Madness has been canceled. The MLB season has been pushed back two weeks at a minimum. Every day there seems to be new restrictions, suspensions, and cancellations of gatherings and events.

In the NFL, draft prospect team visits have also been grounded. The league’s owner’s meetings were put on ice. However, with a six week cushion, no ruling has been made yet regarding how the outbreak will impact the NFL Draft that is set to take place in Las Vegas, Nevada at the end of April.

With no games to be played on the gridiron for months, the NFL off-season schedule will likely go on as intended. With that in mind, we took some time to answer a few questions in regards to the status of the off-season for the Dallas Cowboys.

1. Where could Amari Cooper land if not in Dallas?

The one team that I could see coming in with a huge offer to thwart the Cowboys is their division rivals from Philadelphia. The Eagles likely won’t re-sign wideout Nelson Agholor and they had a front row seat to see what Cooper can do on the field. They also have been rumored as a team that would be very interested in Cooper if he did indeed make it to free agency.

The caveat to the Eagles’ pursuit is that Cooper hopes to remain in Dallas, with the former first-round pick out of Alabama even saying so on 105.3 The Fan in the DFW. I doubt he plays elsewhere but money talks and getting Cooper his money will be one of the major storylines this off-season.

2. How will the Cowboys address their secondary?

I think those two names are definitely on a short list that the Cowboys should consider. Keep an eye out for former Chargers’ safety Adrian Phillips, a 2018 All-Pro who would surely be able to come in and help at a position of need.

One name at cornerback that I am particularly interested in is Trae Waynes who most recently played for the Minnesota Vikings. Waynes is likely to garner a salary in the neighborhood of $8 million per year so a lot could depend on how much the Cowboys get done with extensions for their own pending free agents as to how much they’d have left to spend on players like Waynes.

3. What is the ideal realistic pick for the Cowboys in the first round?

Being able to select from that quartet would be a best case scenario for the Dallas Cowboys. The team will likely head into the draft needing to address several areas with the interior and edge rushers on the defensive line being paramount.

Maliek Collins and Robert Quinn are both free agents which could leave an already thin defensive line with less talent. The Cowboys had a visible inability to stop the run up the middle last season and seeing Quinn exit would mean losing DeMarcus Lawrence’s bookend pass rush partner. That would be the case for K'Lavon Chaisson.

A case can also be made for cornerback C.J. Henderson, especially with Byron Jones likely on the way out. Wideout Henry Ruggs III would potentially be the best available prospect on the overall draft board by this pick, and, if Cooper doesn’t return, Dallas would surely have to think long and hard about passing him up.

With all of that said, however, I would lean toward DT Javon Kinlaw to help fix some the glaring interior issues.

4. Could the Cowboys find Dak’s backup in the draft?

I don’t think finding a safety valve at quarterback is a particularly crazy idea. Last year’s backup Cooper Rush is a restricted free agent and there are no other quarterbacks behind him waiting in the wings.

2019 Heisman trophy runner-up Hurts would potentially be a reliable option just in case Dak Prescott were to sustain an injury. I don’t feel like he’d be pushing Prescott for the starting job anytime soon, however. Therefore, the part of this thought process that I would strongly disagree with is addressing the quarterback position this early in the draft.

The Cowboys do need to find Dak a sturdy backup, but there are too many other vacancies that will need to be addressed before they start looking for a signal caller early in day two.

5. Could UT wideouts entice the Cowboys?

You could make a compelling case for each of the former Longhorn receivers – Collin Johnson and Devin Duvernay – hearing their names called by the Cowboys at the draft.

A selection of Johnson would mean that Dallas either moved on from Amari Cooper, or, provided he is re-signed, the four-time Pro Bowler has designs on roaming around on offense to find the best matchup. Johnson is a pure “X” receiver so he would need to be on the outside. Johnson’s presence would really open up a lot of flexibility with Cooper, Michael Gallup, and possibly Randall Cobb all in the mix.

On the flipside, Duvernay is a pure slot receiver at the next level. He best serves the role of a linear deep threat from the inside, attacking nickel corners and safeties. His straight line speed would help a ton and teams can use him in a variety of ways. Should Dallas fail to bring back Cobb, Duvernay would be an attractive option.

For both guys, should Dallas pass, a team like the New York Jets makes a lot of sense with their overall need at the position.

Have a question on the Cowboys/NFL Draft/Mavs/Rangers that you want answered? Send ‘em in to Patrick on Twitter @PatSportsGuy.