The hiring comes less than a year after Dallas police raided diocese properties as part of an investigation into allegations of sexual abuse. 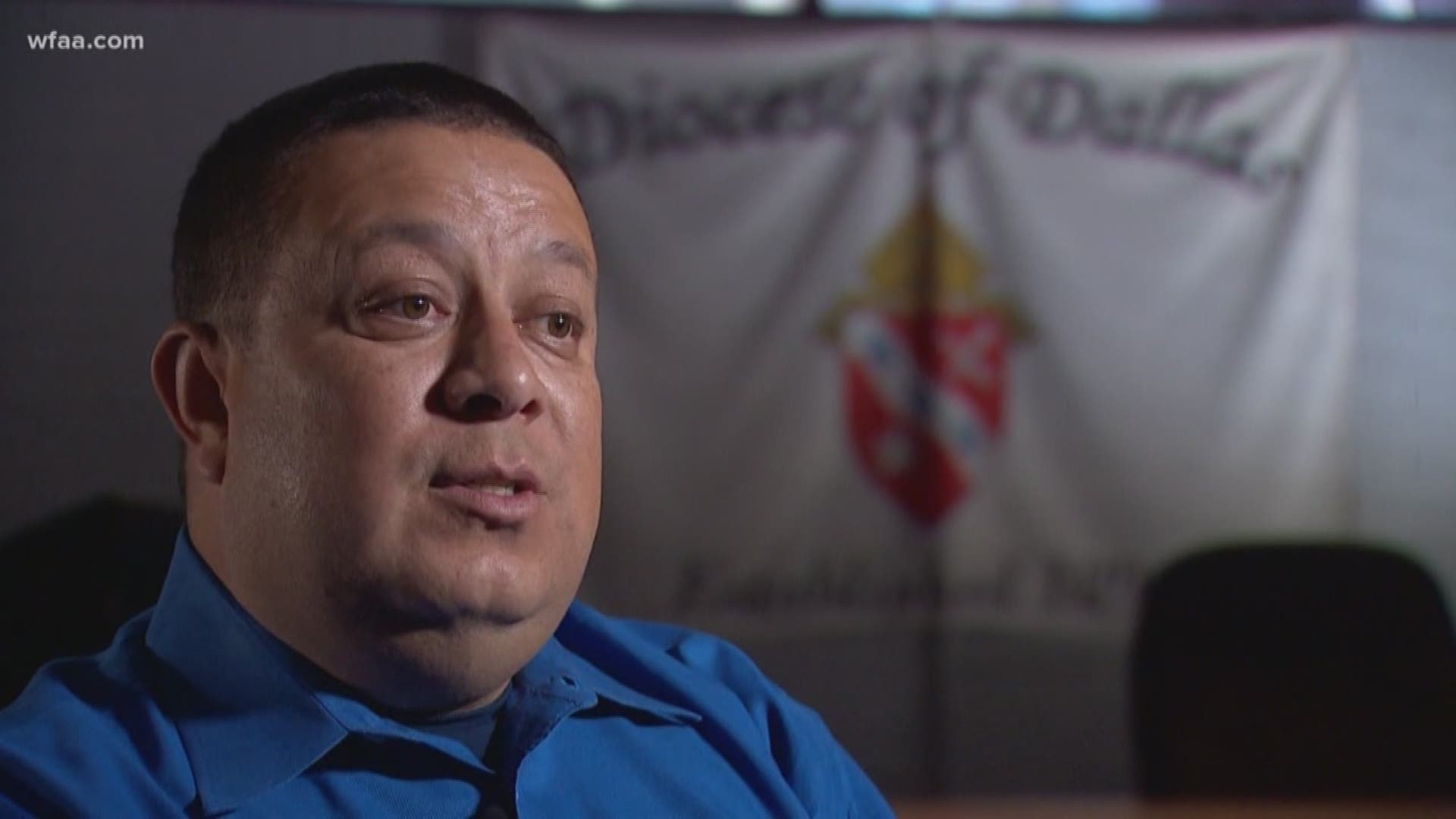 One of the Dallas Police Department's top officials has accepted a job as head of security with the Catholic Diocese of Dallas.

Deputy Chief of Police Albert Martinez will leave the Dallas Police Department on Dec. 20 for a newly created position with the diocese — director of security.

Martinez's hire comes about seven months after Dallas police raided diocese properties as part of an investigation into allegations of sexual abuse made against five priests.

RELATED: Here's what police seized during the Catholic Diocese of Dallas raid

Police said they raided the properties because church officials repeatedly stonewalled investigators' attempts to get information pertaining to the cases.

The deputy chief of police was one of two high-ranking officers on the board of the diocese that examined the files and cases.

"Certainly, we are committed to bringing truth and justice to any victim and cooperating with law enforcement if necessary,” Martinez said of his new role with the diocese.

On the same day Martinez's new job was announced, police discovered a burned body in a field in southern Dallas —  marking the 197th homicide this year.

According to a statement from the diocese, Martinez served 27 years in law enforcement.

He was deputy chief with the Southwestern Patrol Division when five officers — four Dallas police and one DART officer — were killed in an ambush in downtown. Three of the Dallas officers killed were from southwestern patrol.

"I think a most critical piece in that event that I was trying to demonstrate to my officers that I was in pain and in sorrow just like them and we had to keep going,” Martinez said of his leadership at that time.

Martinez will serve as the head of security, monitoring 75 parishes and other diocese properties.

“With all of the gun violence and vandalism that have occurred in places of worship in recent years by those who would do harm, this position has become very important," said Bishop Edward J. Burns in the statement announcing his hire.

“I am honored and humbled at this opportunity to serve the diocese, where my family and I worship,” Martinez said.

Martinez told WFAA he wouldn't rule out coming back to the Dallas Police Department in the role of chief if given the opportunity.

RELATED: Judge: Dallas police must give back some documents seized from Catholic Diocese of Dallas