"All of the...[information] indicates the pilot inadvertently went into clouds where he didn’t have reference to the ground," Jon Kettles said. 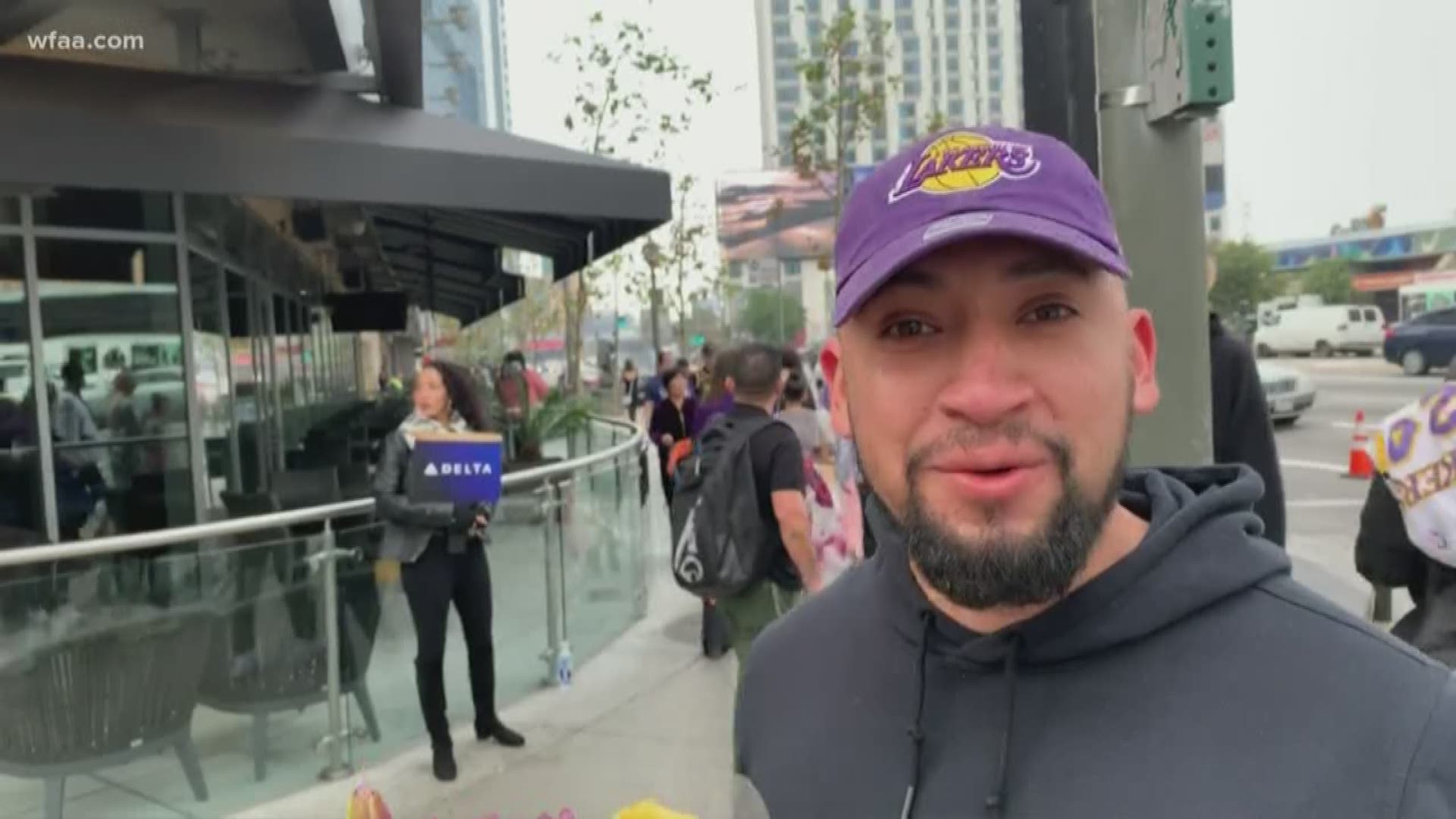 FORT WORTH, Texas — As firefighters put out flames, the National Transportation Safety Board and Federal Aviation Administration headed to the site of a helicopter crash in Calabasas, Calif. that killed 41-year-old Kobe Bryant, his 13-year-old daughter Gianna and seven others including the pilot Sunday morning.

“I’d like to extend our deepest sympathies to those who lost loved ones in this tragic event," the NTSB's Jennifer Homendy said during a press conference Sunday afternoon.

There’s no official word on the cause of the crash. The FAA is saying "unknown circumstances" contributed to the crash.

The NTSB says they’re reviewing both pilot and maintenance records and if it was built to carry nine people.

The Sikorski helicopter belonged to Bryant and was taking players and parents to basketball practice, flying through foggy and cloudy conditions.

Aviation lawyer Jon Kettles has investigated helicopter crashes for 25 years and flew for the Army as a captain for eight years. He says the blame in this crash appears to fall on the pilot getting disoriented in the cloudy conditions.

“It was a basic cause," Kettles said. "Nothing new and it was entirely avoidable.”

He says altitude and speed charts show the helicopter was flown into in the ground.

“A lot of people throw around or consider it speculation but it’s not," Kettles said. "You can draw some logical conclusions by the basic information we know now. The radar flight path, the airspeed. All of those indicate the pilot inadvertently went into clouds where he didn’t have reference to the ground. It’s basic stuff. There’s nothing speculative about that.”

“It’s screaming out of the sky accelerating which means the pilot did not know what end was up," Kettles said.

Monday, he'll speak about safety and an increase in crashes at the nation's largest helicopter conference.

"The sad thing is that it takes a high visibility, high profile victim to draw the attention" to something like this, Kettles said.

The first NTSB report is expected in around two weeks, with a full report likely not coming for another year and a half.

But answers won't end the shock and sadness.