3 killed in Dallas street racing crash, 2 others in critical condition

A witness said two vehicles were driving north at a high rate of speed when they appeared to collide as they drove across the bridge. 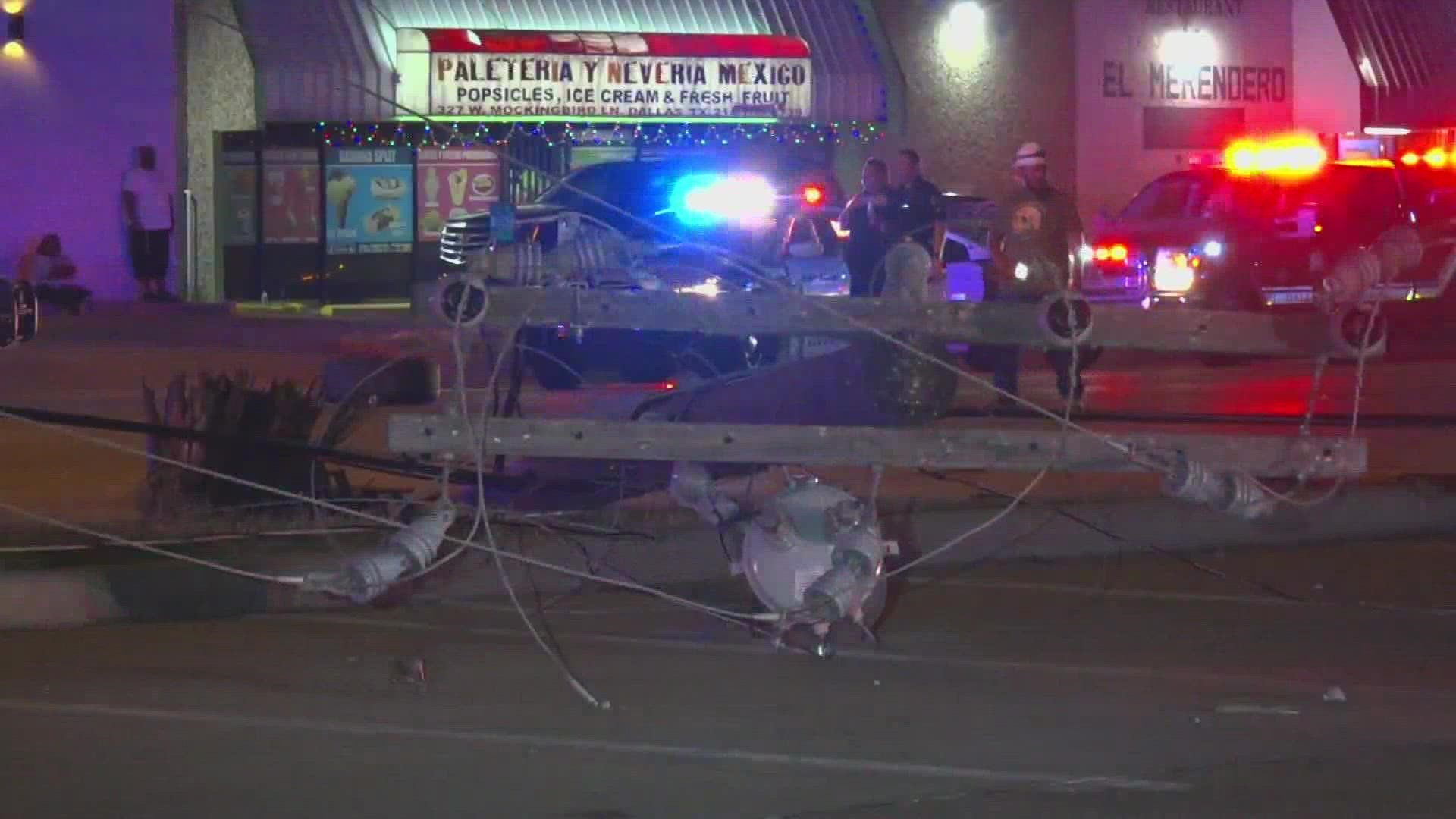 Officers had responded about 11:40 p.m. to the 300 block of West Mockingbird Lane, near where the street becomes Westmoreland Road at the Trinity River.

A witness told police that a Range Rover and Chevrolet Tahoe were driving north at a high rate of speed when they appeared to collide as they drove across the bridge. The Tahoe hit a guardrail and was vaulted into the air, crashing into a building, police said. The Range Rover lost control and struck two telephone poles, catching on fire.

Police said three people in the Tahoe died at the scene. Two had been ejected from the SUV.

Two people in the Range Rover were taken to a hospital in stable condition.

Police officers on Saturday morning were still investigating the crash but said street racing was believed to be a factor.

"It's almost as frequent as a shooting is out here, in all honesty," Robert Reyes said, speaking on how often late-night racing happens near his home. He has lived in a nearby West Dallas neighborhood for more than 40 years.

"It will wake you up just because of how loud they are going," Reyes said. "At least every Saturday, you'll hear the cars. You'll still hear them throughout the week, too."

Video from the scene appeared to show at least vehicle badly burned. More than a dozen police and emergency vehicles were at the scene, blocking the road in both directions as police investigated the crash.

Reyes' brother, Raul Reyes, is the founder and current president of West Dallas 1. It is a coalition of neighbors and neighborhood associations who reside in zip code 75212 speaking out on issues within the community.

"People are taking these risks in these vehicles and don't mind the safety of themselves but also the safety of others," Raul Reyes said.

RELATED: 'You robbed us of so much' | Daughter of innocent woman shot during street racing takeover wants suspects to come forward

Raul Reyes said before any progress can be made in terms of increased police presence or change in state policy, the people within his community need to accept this is an issue.

"It starts with taking ownership of the problem," Raul Reyes said. "Simple as that."

A 19-year-old Dallas man died in a street racing crash in Carrollton on Tuesday night. Carlos Alfredo Alas Rivera died when he lost control of his car and crashed into a tree near East Trinity Mills Road and Willowgate Lane.

Rivera was racing his friends, who were in another car, police said.

Police have tried to stop street racers across North Texas over the last year.

In Dallas, police formed a speeding and racing task force, and, last summer, Dallas passed a street racing ordinance making it illegal to be a spectator at so-called street "takeover events."

Robert Reyes said most of the late-night driving happens on the bridges that cross over the Trinity River.

"My recommendation would be maybe posting officers at the bridge," Robert Reyes said.

In April, a 54-year-old woman, Lynetta Washington, was fatally shot outside of her home by a shooter who opened fire during a takeover event. Street racers had taken over an intersection in the 4300 block of Duncanville Road to perform burnouts and stunts, police said.