Police said they chased Casey Mundine, 37, into Ingleside and then back into Aransas Pass. 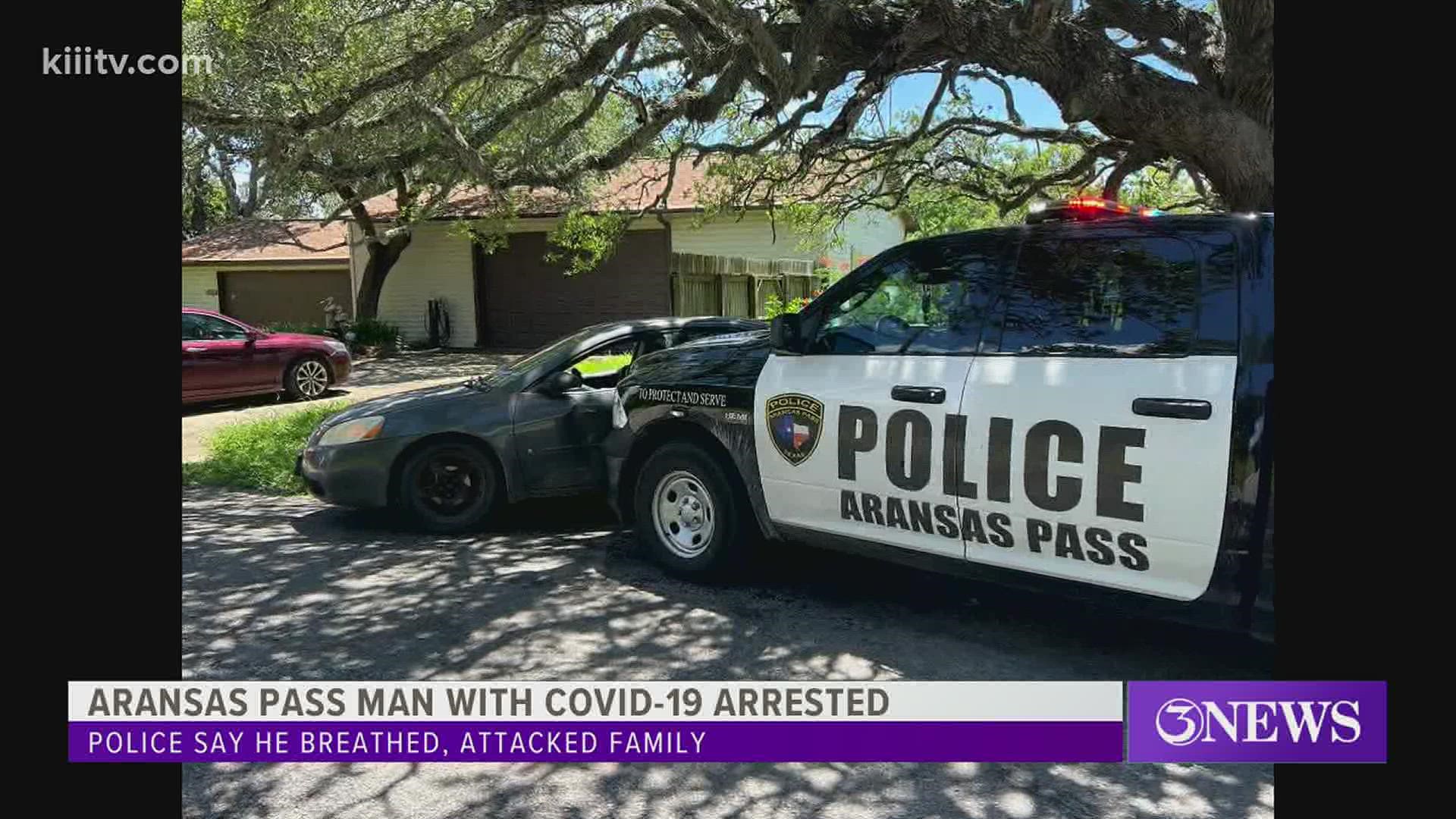 ARANSAS PASS, Texas — A man with several warrants was arrested Friday in Aransas Pass when he led police on a chase after assaulting a female, Aransas Pass officials said.

It was just after 12:20 p.m., when APPD officers went to the 1100 Blk. of S. Rife for an ongoing domestic disturbance issue, a post by the APPD said.

Police said Casey Mundine, 37, is COVID positive and was also intentionally breathing on vulnerable family members who were not infected with the virus at the scene. Officials said Mundine then hit the woman in the head, strangled her and left in a vehicle when police arrived.

Police said they chased Mundine into Ingleside and then back into Aransas Pass. When the chase became increasingly more dangerous, officers said they employed the PIT maneuver and Mundine's vehicle came to a stop at the corner of McCampbell and Highland.

Officers said they had to enter the vehicle to remove and arrest Mundine but he continued to struggle in an attempt to either harm himself or damage the police vehicle after being placed inside it. As a result, officers placed him in what is called "The Wrap," which is a restraint device to keep him from hurting himself and stop his violent behavior, officers said.

Mundine is facing several charges including: