'Teachers are in a conundrum': Uncertainty over mask mandate authority leaves Texas educators in a tough spot

The Texas Education Agency announced Thursday that it would not be issuing any updated health guidance during the ongoing legal battle over mask mandates. 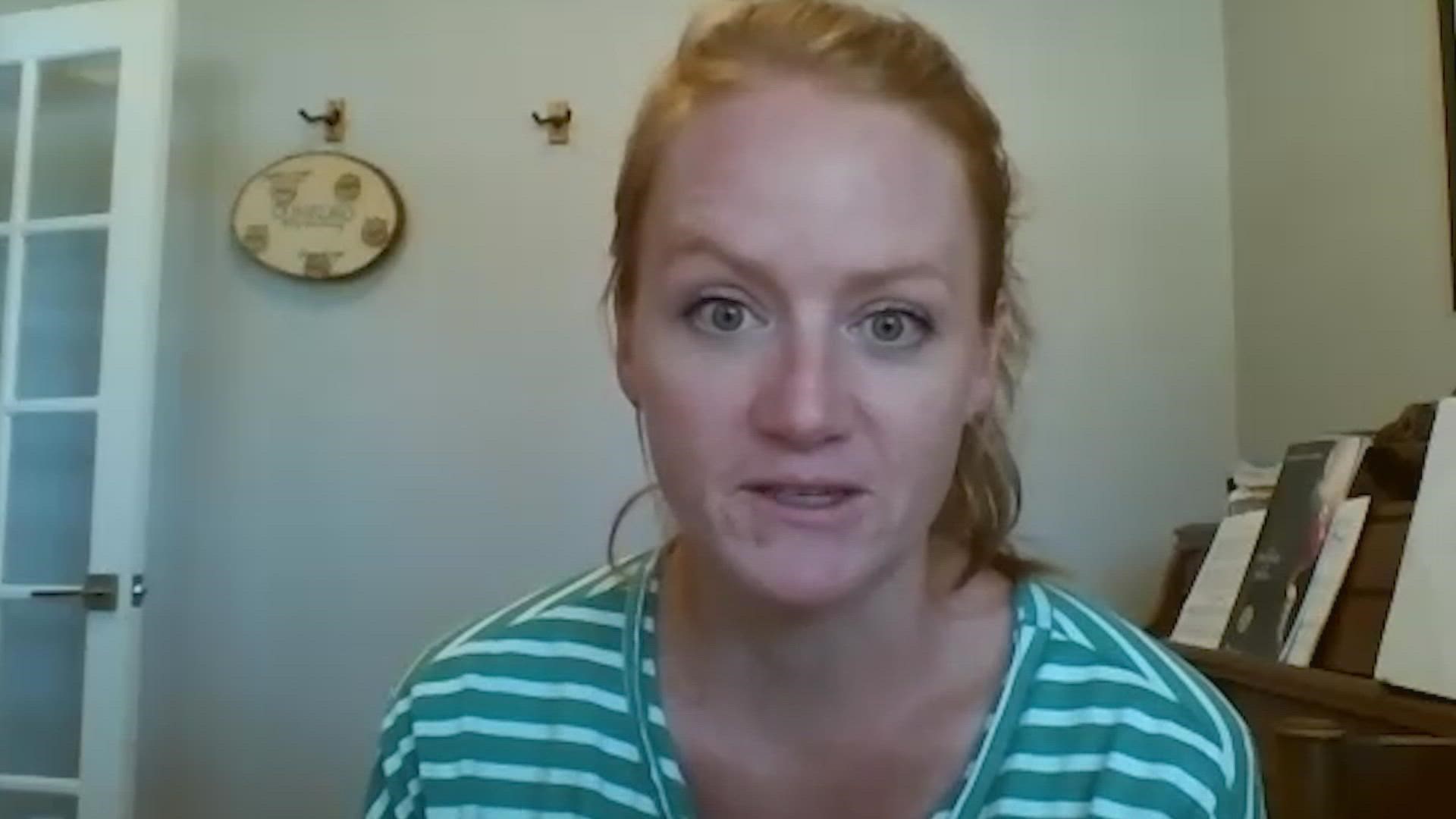 DALLAS — As a legal battle presses forward between Governor Greg Abbott and local officials about which entity has the authority to implement or ban mask mandates, many are caught in the grey area of waiting for an answer.

With North Texas school districts welcoming students back to the classroom, teachers are feeling that burden.

"30 minutes ago, I was typing out an email to a teacher who was asking this very question. What do I do?," Paul Tapp, managing attorney for the Association of Texas Professional Educators, said.

The question of whether or not a teacher can ask a student to put on a mask is tricky for staff in a district that's implemented a mask mandate, in spite of Gov. Abbott's order.

"Teachers are in a conundrum, obviously at this point, because we don’t know what the law really is and what teachers really are allowed to do or prohibited to do," Tapp said. "They’re getting two contradictory requirements.”

“I have a high schooler, a middle schooler and an elementary school," Ramirez said.

She said everyone in her household is vaccinated, except for her youngest, who isn't old enough to be eligible for the vaccine. She said she supports Dallas ISD's move to require masks for now.

However, she used to work in a school, and she said she feels for teachers having to enforce the rule.

In Frisco, Angela Dunford also has three boys. Two are in elementary school, and one is in junior high. None of them are old enough for the vaccine, and they've chosen to go without masks.

"They are all really three really thrilled they don't have to wear masks this year," Dunford said.

She said her family contracted COVID-19 during the summer, and she's comfortable sending her kids to the classroom without masks because of their natural immunity.

However, she said it's a priority for her to explain to her kids the importance of respecting students who choose to wear masks.

“I don’t want them to put any child in a position where that kid feels stupid or silly for wearing a mask, or that they even have to explain themselves," Dunford said. “Even as I was dropping off today, and I pointed out. 'You see, there are some kids in your classroom that are wearing masks. We’re going to make sure that they feel fine about wearing them and we’re not going to make them feel silly for that.'"

Frisco ISD released this statement to WFAA about how it plans to address situations where parents want their kids to wear masks:

"As a result of the governor's executive order, Frisco ISD cannot require masks for students, staff or visitors. However, if a parent has shared their desire with a teacher for their student to consistently wear a mask, Frisco ISD teachers are permitted to provide feedback to the parent about their student's mask use so that the parent may continue conversations at home to encourage mask wearing. The district is committed to ensuring all students feel welcome and accepted at school no matter their mask choice."

Tapp said teachers in district's, like Frisco ISD, that have not implemented mask requirements, but have received requests from parents to make sure their child is wearing a mask are legally protected if they ask the child to put a mask on.

"There wouldn’t be any legal liability for it," Tapp said. "You’re not talking about a legal requirement at that point. You’re talking about doing what a parent wants.”

His advice for teachers in that position is to do their best to accommodate parents.

The Texas Education Agency announced Thursday that it would not be issuing any updated health guidance during the ongoing legal battle over mask mandates.

Tapp said, until that battle is over, it's also hard for him to give much guidance.

"I wish I could tell you a black-and-white answer for it. There simply is none right now," Tapp said. "Hopefully, we get an answer to it soon."