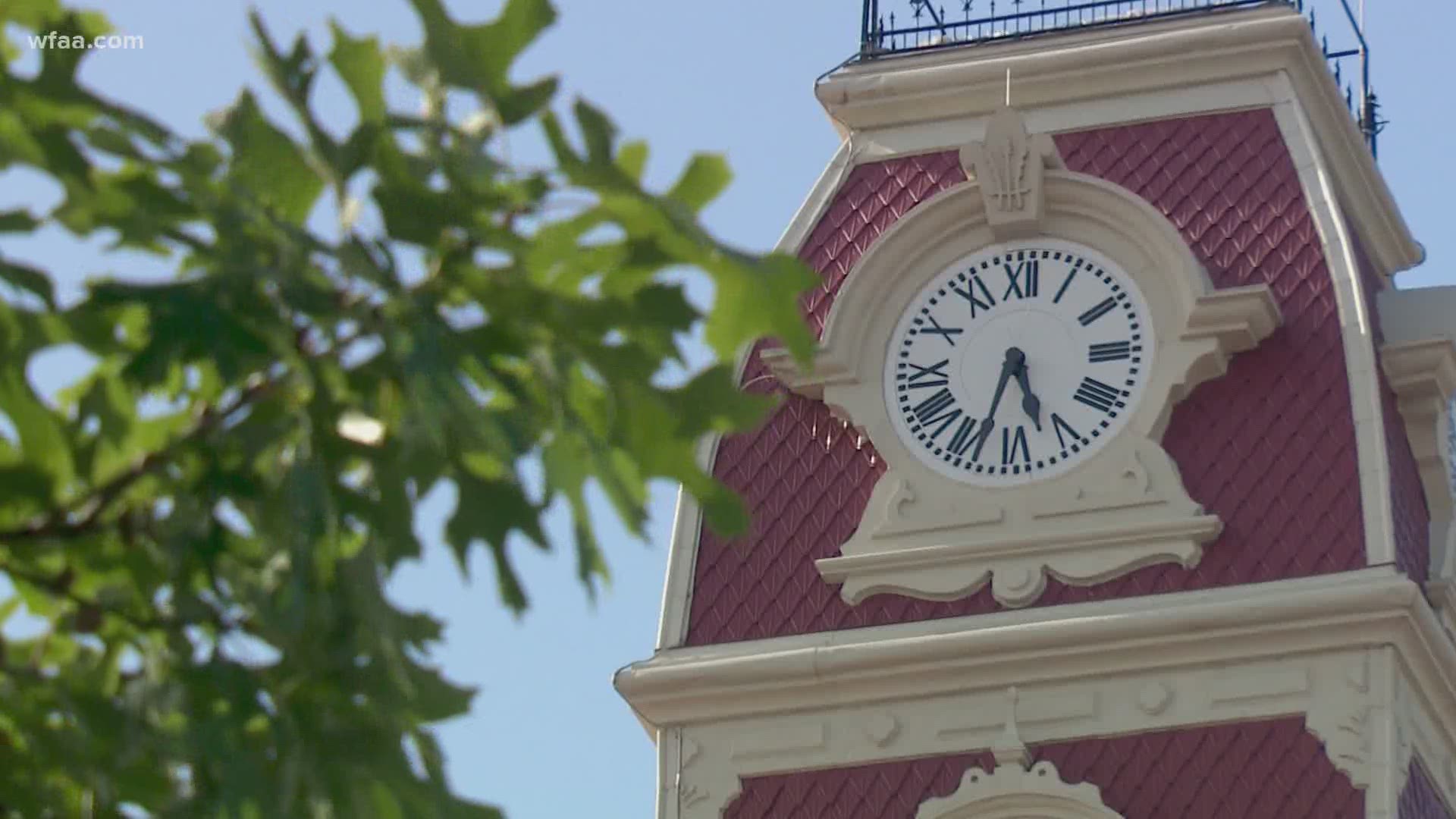 CLEBURNE, Texas — Texas has seen a surge in COVID-19 cases, and not only are rural counties not immune, several have been hit even harder than major cities.

The state health department says Johnson County added 182 cases in the past 8 days, a 72 percent increase.

Moore said in small towns there are fewer places to shop or eat, so they’re more concentrated and families have begun gathering together again.

The county added a mask order Friday to fight the spread.

In the past eight days, several counties have seen jumps. Cases have increased by 68 percent over that timespan in Wise County, by 63 percent in Kaufman County, by 61 percent in Ellis County — and by 131 percent in Parker County, which went from 124 cases to 284.

For perspective, Dallas and Tarrant counties have seen 23 percent and 21 percent rises in that same time frame.

“Obviously when you open it up, we knew we were going to have increased numbers,” Parker County Judge Pat Deen said.

Deen is allowing restaurants to continue operating at 75 percent capacity and isn’t requiring masks. Weatherford will require masks for its Fourth of July fireworks show.

RELATED: What you need to know about coronavirus testing changes in Dallas

“I don’t think it’s the role of the government to go in and make these decisions for them,” Deen said.

He says the problem may be more than half of residents go east for work.

“You have that spill over, going and having that impact in those higher penetration, higher density areas,” he said. “We’re going to have to reevaluate what our containment strategy has been and what it needs to be.”

Recently a contractor, MTX Group, has taken over the state’s contact tracing, so now while cases rise, smaller counties are getting less information. They now just see a number and not specifics on where the cases are coming from for ages, genders and more.

From downtowns to town squares, the virus is spreading across Texas.

“it’s really the person responsibility of all of us to make good decisions individually,” Deen said.