Dallas police chief told officers they could not receive life-saving awards because of internal affairs investigations even though the majority of cases were done. 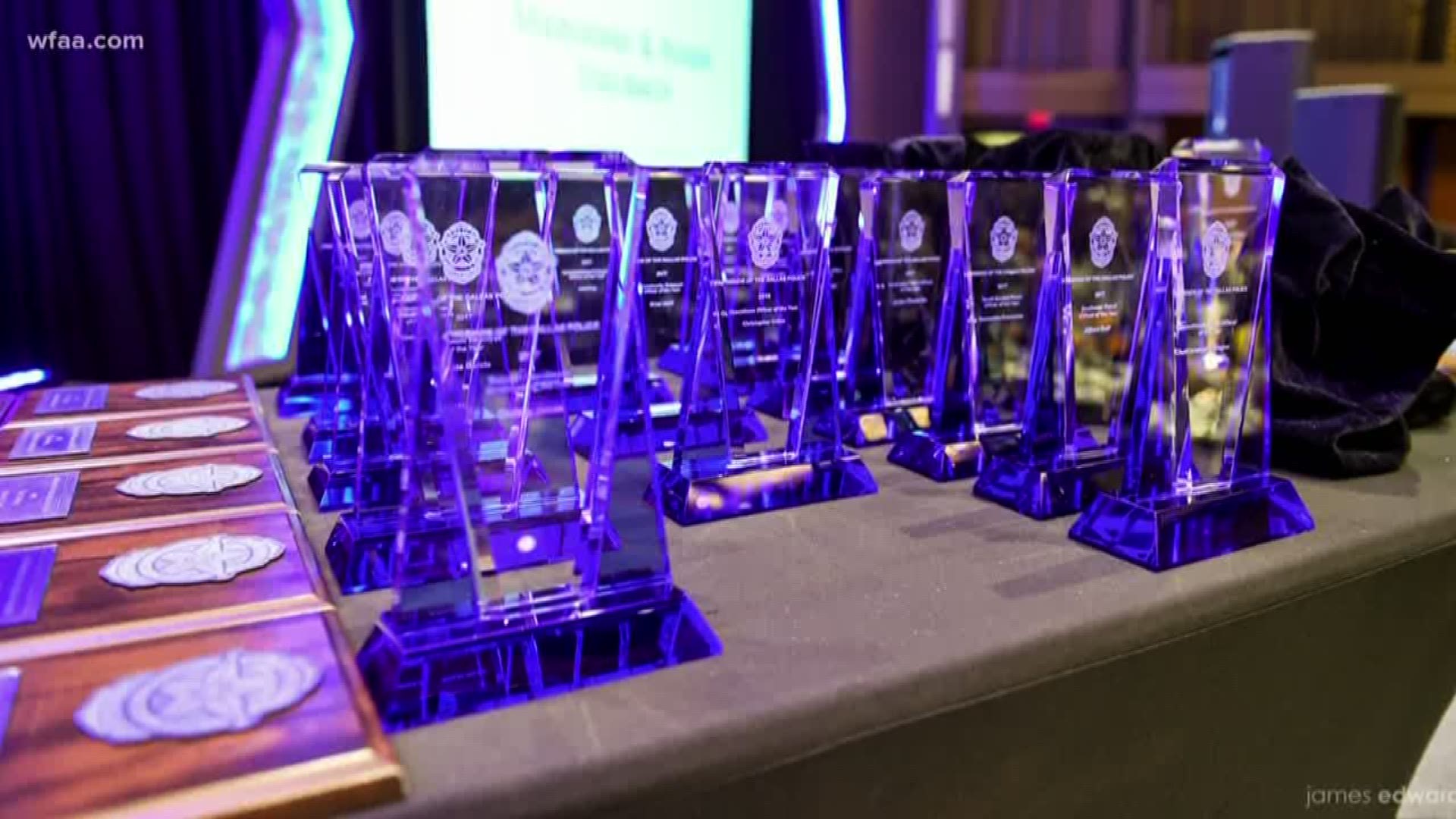 DALLAS — In January, Sgt. Mark Swindell saved a man from a burning car.

"I knew that I had been nominated for a life-saving award because I pulled a guy from a burning car,” Sgt. Swindell said.

Months later he shot a dog that was attacking a couple in South Dallas.

"I responded there were other officers and I was forced to use my weapon. I shot the dogs,” Sgt. Swindell said.

A few weeks ago a citizens group called Friends of Dallas Police told Sgt. Swindell and 21 other officers they would be receiving life-saving or meritorious conduct awards for their heroic actions.

Swindell was getting one for saving the man in the burning car.

But on Thursday some officers received emails saying they weren’t getting the awards.

Chief Renee Hall made the decision not to allow the officers to receive their awards because they had internal affairs complaints. Swindell was one of them.

"Historically, if that were the case they were not allowed to move forward in the process of an awards ceremony,” Hall said.

But that is not necessarily the case.

After July 7, numerous officers received awards while under investigation for firing their weapons that night.

The department has known for weeks about the awards but waited until three days before the banquet to tell them they weren't getting them.

"This is not how you treat officers that you want to stay and be apart of the DPD family,” said Mike Mata, Dallas Police Association President.

Hall herself is under internal affairs investigation after citizens complained about her actions at a recent contentious civil service board meeting.

But she's expected to be a banquet to hand out awards.

Hall says she wanted to make sure officers getting the awards were deserving.

"We thought it was our duty and our responsibility,” Hall said.

But the majority of the cases had already been cleared by internal affairs.