'Shame on you': Pastor blasts Dallas leaders for arrests at temporary shelter for homeless on cold night

City staff says background checks at shelters are for safety. But some homeless advocates compare the arrests to a 'sting' on the vulnerable. 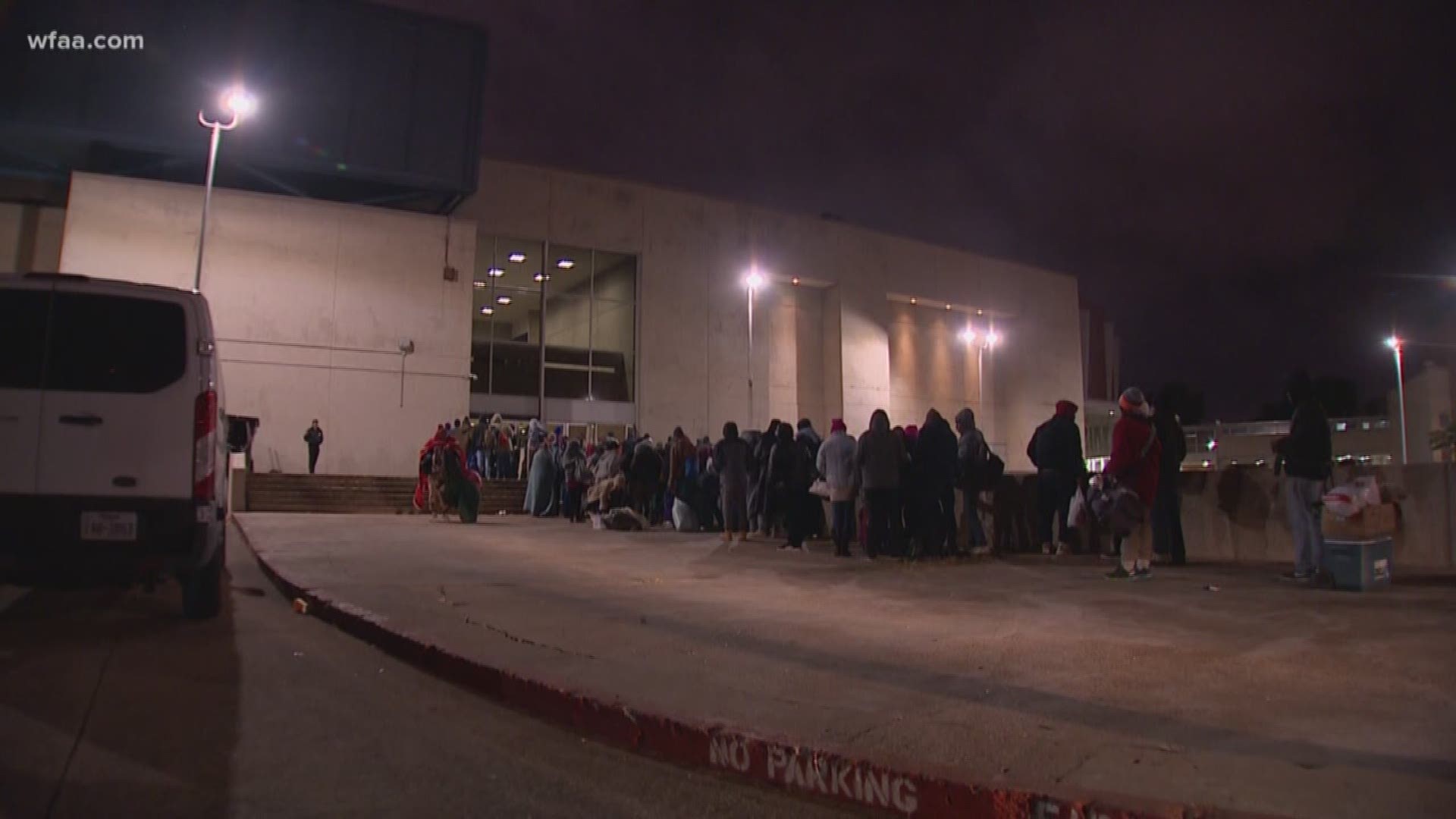 DALLAS — When the cold blast moved in, the city of Dallas opened a temporary warming shelter at Kay Bailey Hutchison Convention Center.

Those who entered had to undergo a background check, and some people were arrested. That has some local pastors concerned.

"We are all outraged by what we witnessed, and heard and seen with our own very eyes," said Pastor Montreal Martin, of Wheatland United Methodist Church.

Martin is among a group of pastors and homeless advocates who initially praised the city of Dallas for opening its temporary inclement weather shelter at the convention center.

RELATED: On a frigid night in Dallas, one man who used to be homeless ushered people to shelter

Martin claims the big problem is City staff failed to advise some of its partners of the background checks, screening protocols, and potential for arrests as they dropped off vans of people who wanted to seek shelter from the frigid temperatures.

In an open letter to the Dallas mayor and city manager, Martin wrote:

"Shame on the City of Dallas. Shame on you for intentionally taking advantage of this community during this time of vulnerability and their willingness to entrust their souls and humanity in your care.

... Due to this charade, our neighbors no longer feel safe in the City of Dallas’ care which leaves faith communities being questioned as safe places which indeed we are safe but due to City of Dallas failing to disclose your scheme to us, lives are at risk."

"We partnered with St. Luke Community United Methodist Church," Martin said. "We had two vans out transporting our neighbors from shelter to the convention center."

According to City staff, 307 people checked into the temporary shelter on Monday. Police say 10 people were arrested on outstanding warrants for crimes including assaults, family violence, criminally negligent homicide, and sex crimes against a child.

A spokesperson from the City said guests are advised at check-in about the background checks and the screenings for serious felonies and violent crimes. People with minor, non-violent and felony warrants are allowed to stay overnight.

But Martin said the City's actions have led some to become weary to seek the church's help.

"They [the homeless] said we can't even trust the church now," he said.

The pastor says some faith leaders are organizing to meet with City leaders to discuss their concerns.

RELATED: Record cold follows early snowstorm over much of eastern US

RELATED: One person killed in Fort Worth shooting, two people detained at hospital