Dallas has been in the national spotlight for three weeks. Residents say the chaos that erupted during a public meeting doesn't make the city look good. 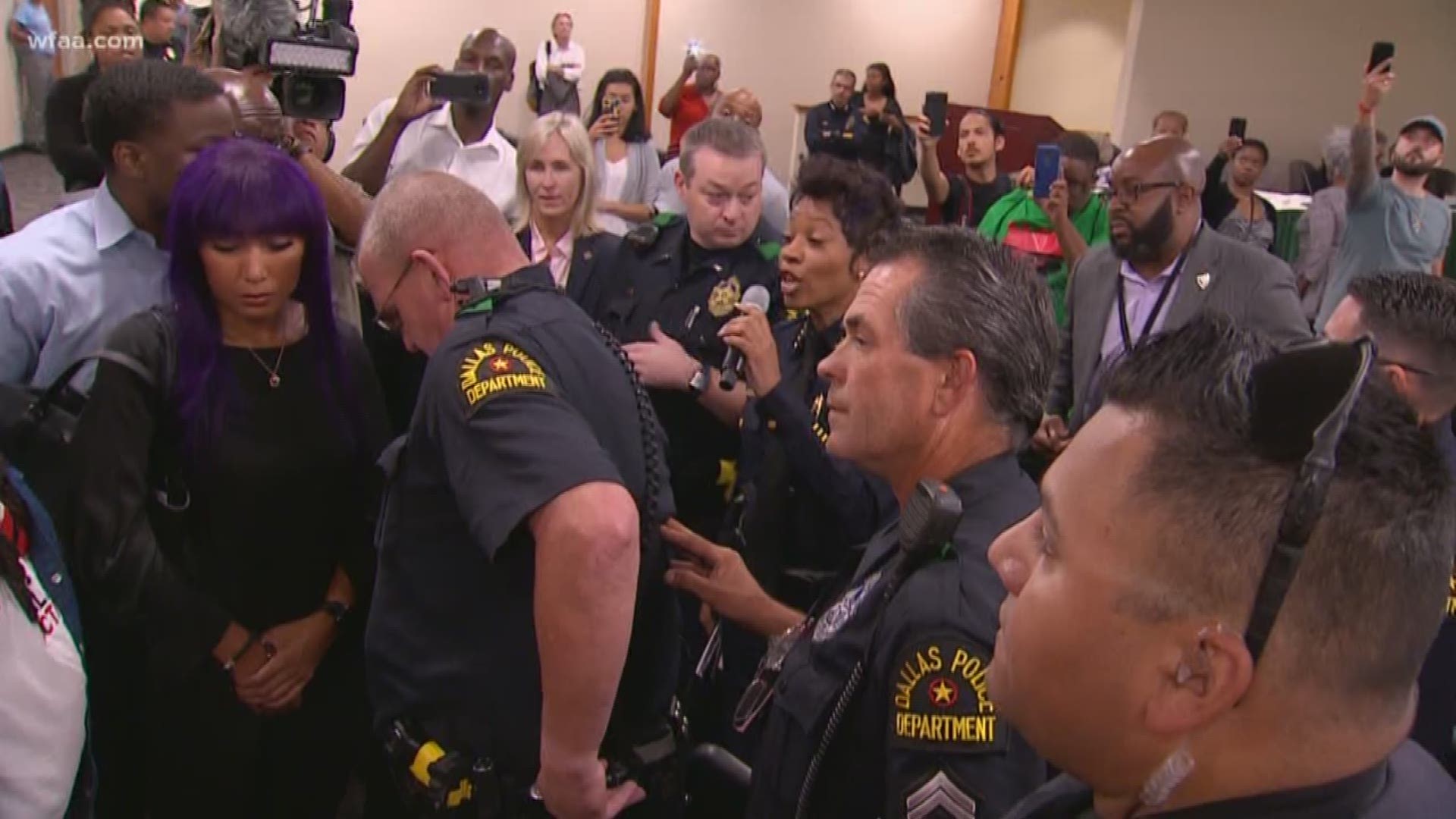 DALLAS — Updated at 6:15 p.m. with a statement from Dallas City Manager T.C. Broadnax.

Some community members in Dallas are still buzzing about this week's heated meeting of the new Community Police Oversight Board.

The group’s first meeting, on Tuesday night, escalated into chaos when it appeared the Board was going to dismiss the gathering without allowing time for public comment. At one point, Dallas Police Chief Renée Hall called in an extraction team.

"You think I’d go to a meeting like that?" South Dallas resident Jessie Johnson said.

She watched the tense moments from that meeting play out on television.

"They look like they wasn’t in there a hot second," she said.

During the meeting, people and police were clashing face-to-face.

“I am not going to let us in this room act like animals," Hall said at the meeting.

That statement got a strong and unfavorable reaction from some of the attendees.

The Community Police Oversight Board meeting was yet another unfortunate issue keeping Dallas at the center of controversy. The City of Dallas has been in the national media spotlight for three weeks following the murder trial of Amber Guyger and the subsequent murder investigation of the death of Joshua Brown, a witness in that same trial.

”It’s sad,” Johnson said. “Every time you look up, we’re seeing us on the news. I mean, we ain't seeing nobody else on the news but us.”

RELATED: Joshua Brown, a witness during the Amber Guyger murder trial, was killed in a drug deal, warrants say

A spokesperson from the City of Dallas claims the open meeting was intended to be an orientation for the new board.

The newly named chair of the Community Police Oversight board, Jesuorobo Enobakhare Jr., said there were a couple of issues he and his colleagues wanted to ensure moving forward. He said they wanted to change the meeting time to allow more community members to show up to the meetings, and that the public would have a chance to speak during the meetings.

Still, some activists are complaining that the chaos before things settled down could further divide community and police relations.

Hall did offer some words to the crowd and to the board when things settled down.

"I apologize for my temper earlier, and I hope that this does not continue every meeting," she said.

”Everybody’s got to be heard,” Johnson said. “If we are screaming and hollering and fighting with one another, and fighting at our chief, we are not going to never get nothing heard.”

Wednesday night, Dallas City Manager T.C. Broadnax wrote in a statement that "the actions that transpired at the first meeting did not align with the goals of the board and were not a representation of how any City of Dallas public meeting should be held":

"The Dallas City Council voted to revamp the Community Police Oversight Board to enhance transparency between the community and the Dallas Police Department and generate discussion about community and police relations. Unfortunately, the actions that transpired at the first meeting did not align with the goals of the board and were not a representation of how any City of Dallas public meeting should be held.

Receiving public input is vital to the success of this board. As a new board who is still in the process of adopting rules of procedure, including rules for public speakers, I trust that they will determine a solution to productively receive community feedback. Any rules developed by the board for public speakers will comply with the Texas Open Meetings Act.

This city and the Dallas Police Department have been heavily in the national spotlight recently. Public safety is our number one priority. It is my hope that we will continue to learn and grow from these events and unite as a community in the face of adversity."