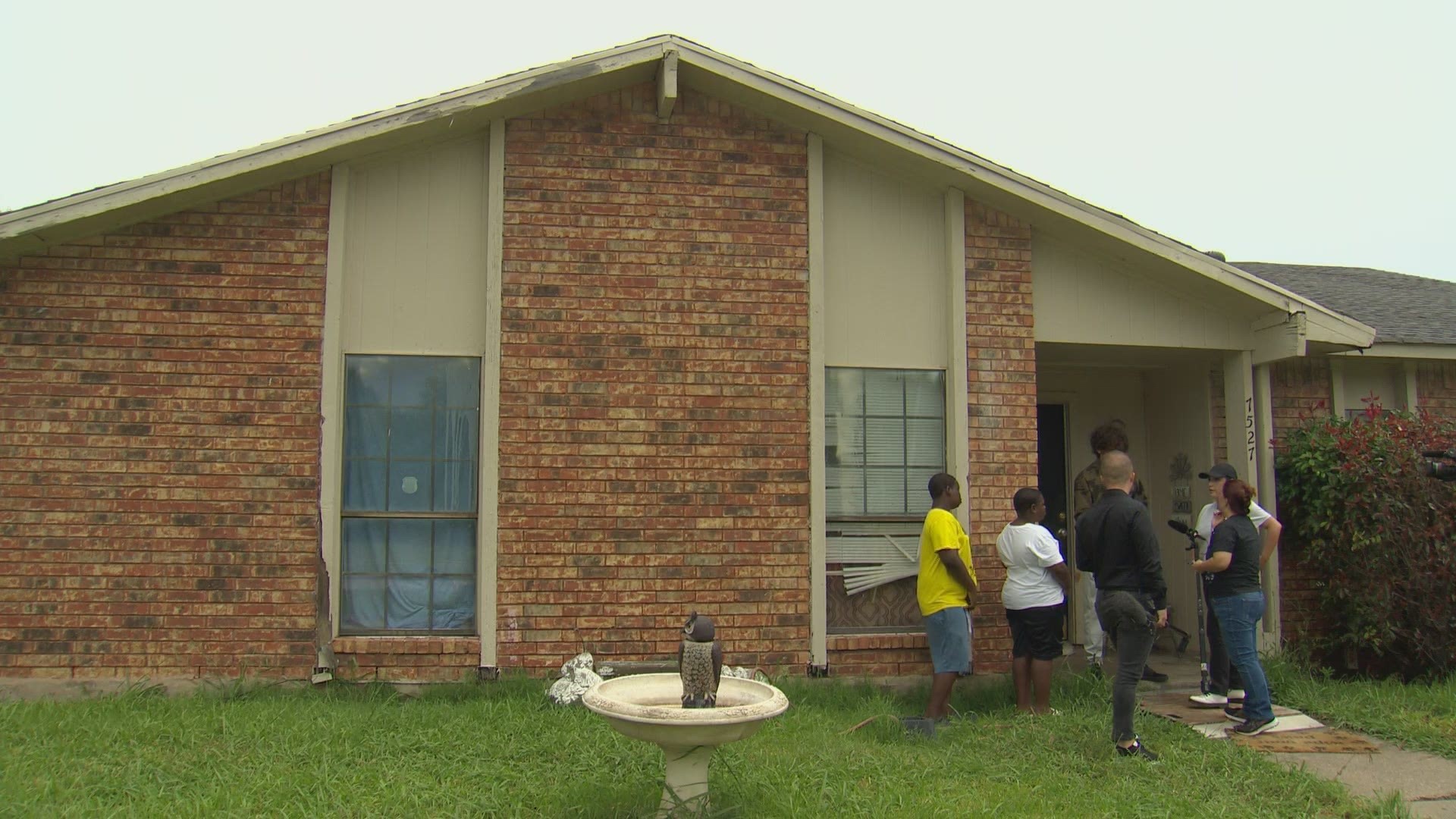 DALLAS — It’s been two days since police found 4-year-old Cash Gernon dead in the street in Southern Dallas County. On Monday, a family member shared more details about the crime.

Police said Gernon's body had multiple, unspecified wounds when officers found him in the street near the 7500 block of Saddleridge Road on Saturday.

Authorities have since arrested 18-year-old Darriynn Brown on kidnapping and theft charges in connection to the boy's death.

Though Gernon is not Mori's biological brother, Mori said the 4-year-old was, in his eyes.

Mori said when his mom broke up with a man she was dating a few months ago, the man left his sons with her.

In a Monday afternoon release, Dallas police said that the boy's biological mother, Melinda Seagroves, had been trying to find her children since the dad took them earlier this year.

Gernon's twin brother has since been reunited with Seagroves following the death investigation, police said.

Mori said he was sleeping in the home Saturday morning when Brown allegedly broke in and kidnapped the boy. Hours later Gernon was found dead, just blocks from his home.

An arrest warrant affidavit said a woman called 911 around 10:48 a.m. Saturday to report that the boy was missing. Based on video surveillance and photos provided by the woman, investigators determined Gernon was the boy whose body had been found, the affidavit said.

Investigators anticipate more charges for Brown once they get results from forensics.

Mori said cameras inside the home captured the kidnapping.

An affidavit from police confirmed that video from inside the home showed a man picking up the sleeping boy and carrying him from the room.

Mori said he went to school with the suspect, but doesn't know what the motive might be.

“Random. Yes. Random out of nowhere, for no reason,” he said. “There’s not a reason for none of this. It’s not from revenge. Not from hate. Not from none of that. Nothing. To get back at us? Nothing.”

Either way, Kamron said he is devastated, hoping for more answers as he remembers the 4-year-old who died.

“Why couldn’t he do it to me? I rather me than him. You know what I’m saying? Like, I’m older, so you could have taken me out,” Mori said. “He was the sweetest boy ever.”