The additional jobless benefits will be eliminated in Texas June 26. 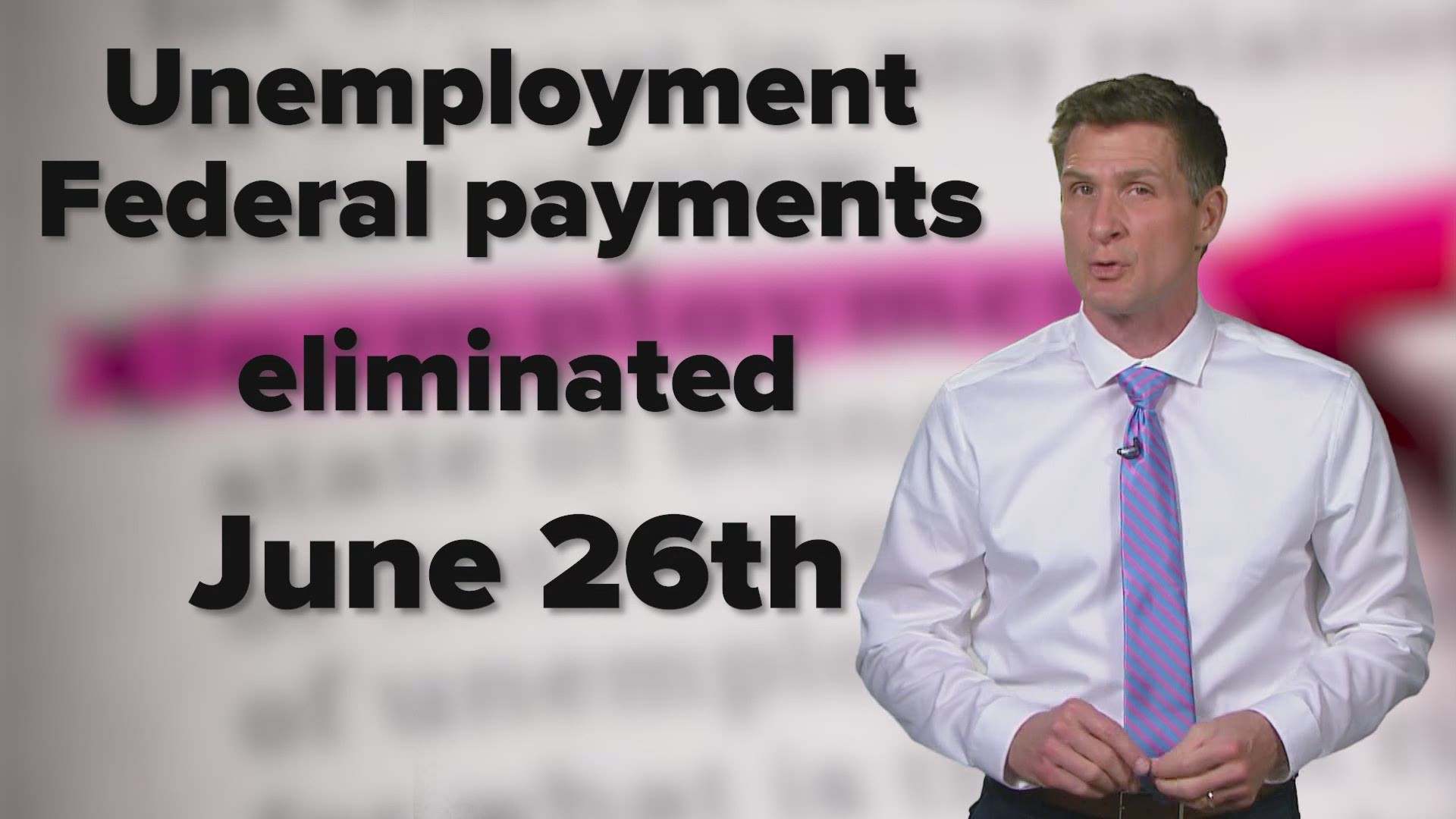 AUSTIN, Texas — Texas is getting rid of the additional federal unemployment benefits in place due to the pandemic, effective June 26. Gov. Greg Abbott made the announcement Monday afternoon, noting that “the Texas economy is booming.”

The governor added that the “number of job openings in Texas is almost identical to the number of Texans who are receiving unemployment benefits.”

"In fact, there are nearly 60% more jobs open (and listed) in Texas today than there was in February 2020, the month before the pandemic hit Texas," Abbott said in part in a written statement.

Abbott also cited a high number of fraudulent claims as motivation for the announcement, which he said total more than 800,000 during the pandemic.

If you are on unemployment and you have heard of extensions in federal unemployment benefits, they would be affected by the state opting out of the programs.

I asked the Texas Workforce Commission for additional clarification on the governor’s announcement, and here was the agency’s response:

Monday's announcement is a swift departure from what unemployment agency officials were saying just last week.

In response to my previous inquiry about other states eliminating the extra benefit, TWC sent me a message on May 12, saying, “The states that have made the decision to withdraw from the federally funded UI (Unemployment Insurance) programs are different than Texas. Texas is a much larger and diverse state and we are being thoughtful and deliberative in our analysis before making any decision.”

At least 18 other states have already made moves to drop the enhanced amounts from the federal government. Critics of the extra unemployment money say it is a disincentive to work, encouraging people to stay on unemployment instead of aggressively looking for a job.

But looking at the data…even with the extra benefit, fewer Texans have been making continued unemployment claims. Those are down to some of the lowest levels we’ve seen in the pandemic.

The same can be said for new applications for unemployment. We did see those swell a few months ago, but they’ve been declining---also down now near pandemic lows.

About that spring swell in jobless claims--as I’ve been reporting--many of those may have been caused by a rash of identity theft. Abbott said this is one more reason to end the more generous benefits.

All of those numbers are staggering, especially considering that in 2019, TWC raised red flags on just 1,142 suspicious claims. Many of the recent suspicious claims are still being investigated and some of them will turn out to be legitimate.