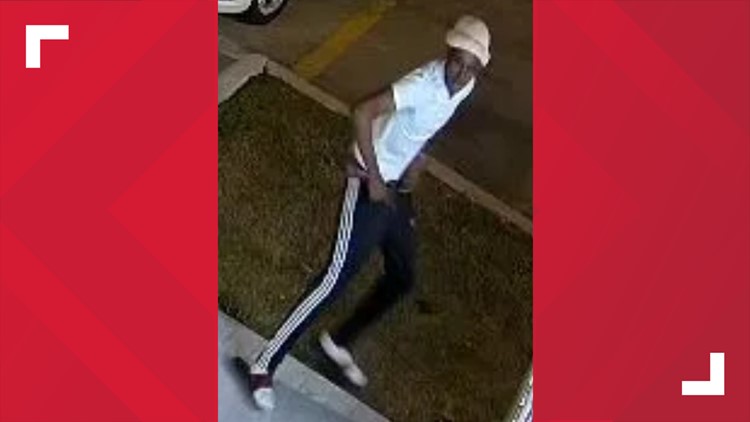 Photo by: Dallas PD
Dallas police are asking for the public's help in identifying a homicide suspect captured on surveillance.

DALLAS — Dallas police are asking for the public’s help Tuesday in identifying a suspect wanted in connection with the shooting death of a 49-year-old man.

On Feb. 2 around 7:40 p.m., officers were called to the shooting in the 4200 block of North Cockrell Hill Road, near the Mexican restaurant El Patron Tacos y Tortas al 100, Dallas police said. Officers said the victim, a white male identified as Shane Semsroth, died from his injuries.

Detectives say the black man captured on surveillance is believed to be the suspect in the case.

Dallas police say if you or anyone has information concerning the whereabouts of the suspect, call 911 or Detective Belew at 214-422-9275 and reference case number 022306-2020. You can also send an email to patty.belew@dallascityhall.com.