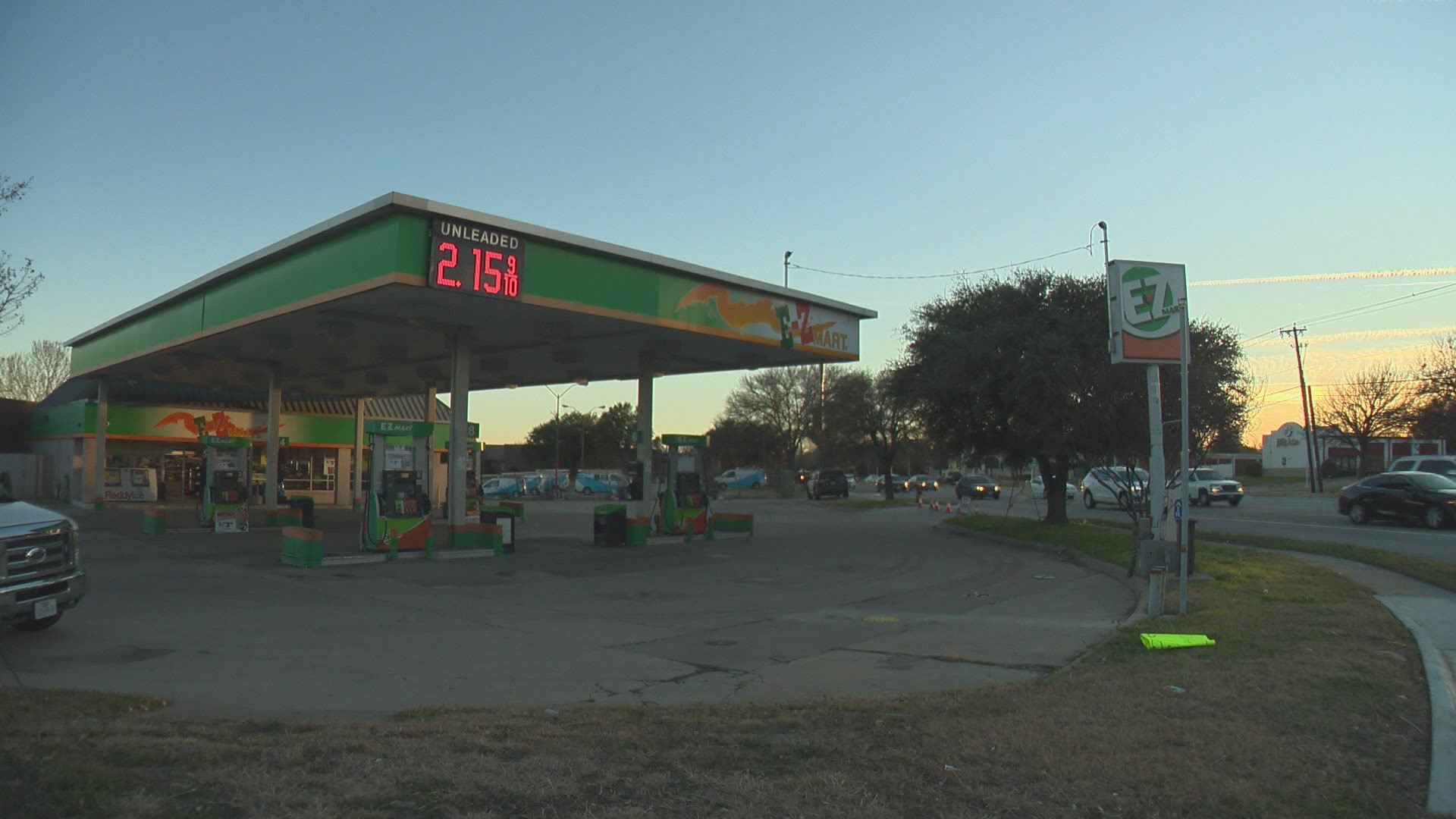 Arlington police have made an arrest in the shooting death of an E-Z Mart clerk Sunday morning.

The suspect,18-year-old Dorian Woodard, was taken into custody Thursday morning. He faces a capital murder charge in the death of 30-year-old Jordan Hightower, authorities said.

Surveillance camera footage captured the entire incident, which helped lead to Woodard's arrest, according to an arrest warrant affidavit.

Authorities said Woodard grabbed items from inside the store and walked up to the register where Hightower began ringing them up.

Woodard allegedly waited until no other customers were in the store before he took out a gun and pointed it at Hightower, according to the affidavit.

That's when police said Woodard demanded that Hightower open the register and shot him multiple times. Investigators said Hightower was trying to open to register but couldn't because of his injuries.

At that point, the suspect shot Hightower one more time and tried to open the register his own but was unsuccessful, according to officials.

Police documents state Woodard left the store but then returned and took several tobacco items and put them in his backpack. He also took the items that Hightower had tried to ring up before he was shot. Authorities said Woodard then left the store.

At some point, another person called 911 to report that Hightower was bloody and unconscious behind the counter. When medics arrived they pronounced Hightower dead at the scene.

Hightower was a D-FW native and a graduate of Mansfield High School, his family said.

One person told detectives they recognized Woodard from his "distinctive clothing" and noticed that the suspect had deleted his Instagram account after the deadly shooting, according to the affidavit.

Another person said Woodard had previously shown them a handgun a week before the shooting, which was identified as the same one used during the robbery, according to police.

During the investigation, Crime Stoppers also received an anonymous tip that Woodard was allegedly telling people he shot a clerk at the E-Z Mart store and then stole tobacco and snacks, according to police.

This person informed officials that Woodard lived with a family member nearby the convenience store when the shooting occurred.

Two of the tipsters met with authorities and told them that Woodard had shown someone a news story about the homicide. He allegedly told that person that he had gotten into an argument with Hightower and shot him.

The suspect allegedly told that same person that he then left the store because he didn't know what to do and had gotten rid of the clothing and gun used during the killing of Hightower.

Detectives were also informed of a photo that Woodard had posted on social media of where he lives, which they then linked to his family member's residence where he was staying.

Woodard remains in custody as of Thursday afternoon.