Officials are asking anyone with any information to contact Det. Jennifer Rodriguez at 817-459-5650. 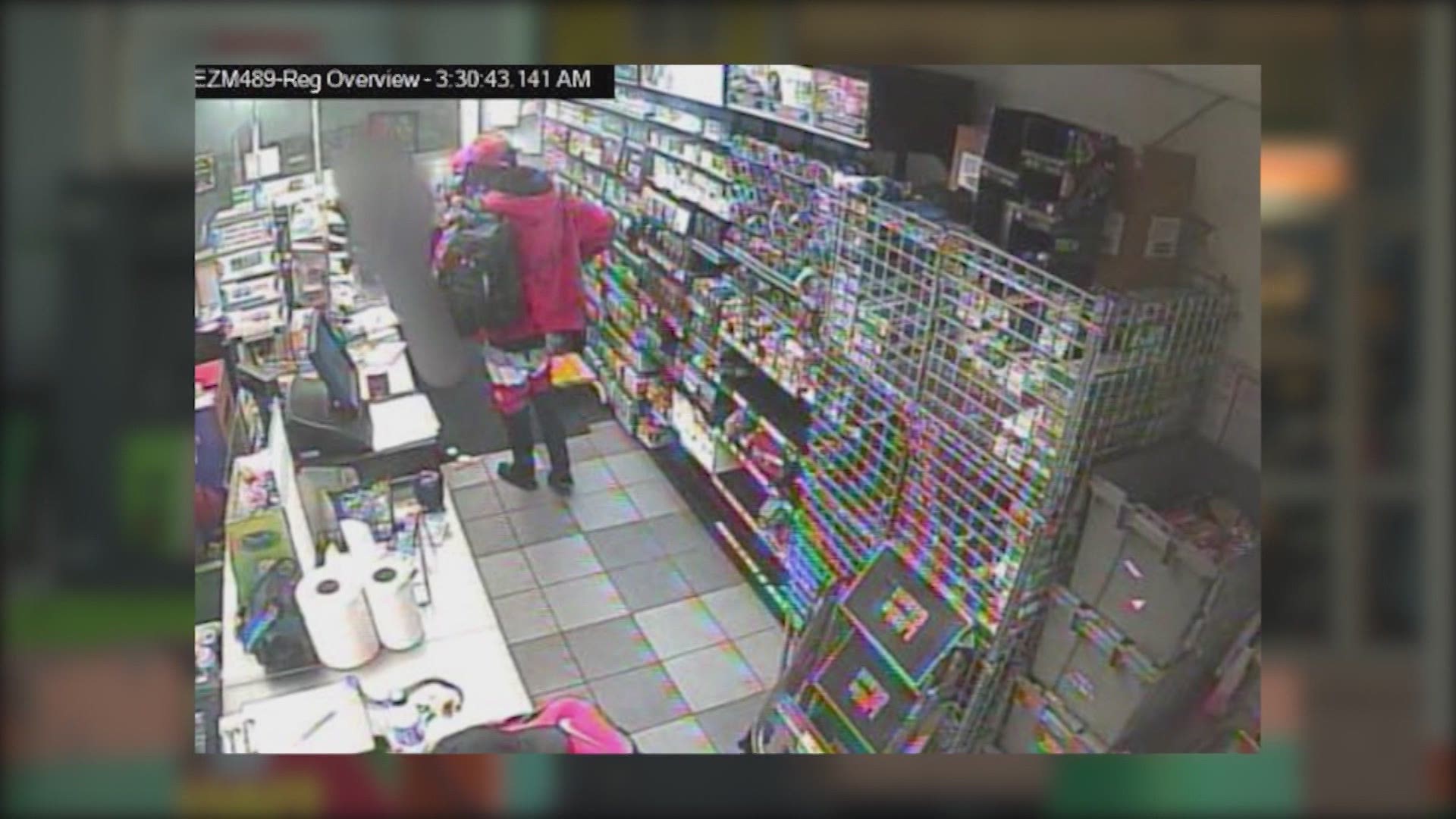 Updated Monday at 5:51 p.m. with additional information from police.

Police are searching for a suspect and offering a $5,000 reward after a convenience store clerk was found fatally shot Sunday morning in Arlington.

Jordan Hightower, 30, was found shot dead behind a store counter, police said. Police responded shortly before 5 a.m. to the incident at the E-Z Mart store on the 100 block of East Bardin Road after a customer had gone into the store and found the clerk unresponsive.

The clerk was pronounced dead at the scene from apparent gunshot wounds, police said. Family members later identified the clerk as Jordan Hightower. Hightower was a D-FW native and a graduate of Mansfield High School, his family said.

Kristin Reynolds, Hightower's wife of a year, drove to the gas station to pick him up and was then told her husband was dead. On top of that, today is her birthday.

"It had been tough for them to keep an overnight staff member just because of the nature of the job, the hours, and just kind of the things that came along with it," she said. "He said, 'No. I’m going to be the person to work this shift and I’m going to get into management and take this store over and it’s going to be a place where everybody can come.'"

Reynolds described Hightower as a man who could make anybody smile — someone who could talk to anybody.

"He had a huge heart. Even if he had nothing to give," Reynolds said. 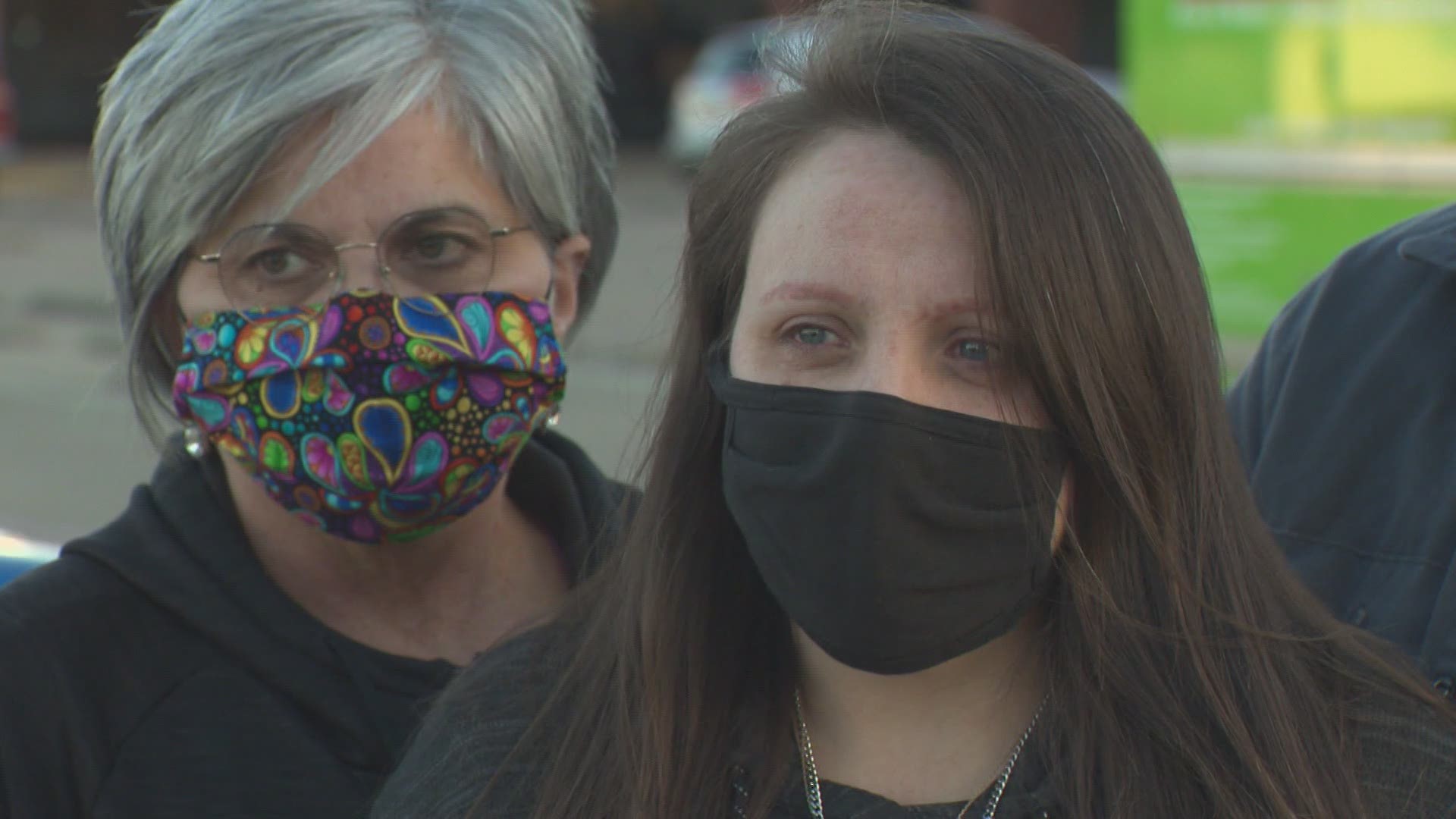 She showed WFAA Hightower's cross necklace. Reynolds said Hightower wore it every day as a reminder of his faith in his salvation. She now vows to wear his cross and his wedding ring every day.

"I’m never going to take it off. It holds us together. Without God, we’re not going to make it through."

The family has set up a GoFundMe to pay for Hightower's funeral expenses. Click here if you would like to donate.

Police had not received any calls or alarms at the store before the suspected shooter walked in, officials said, but now believe Hightower was killed during an armed robbery based on surveillance footage authorities recovered.

"This was completely one of the most brazen armed robberies I’ve ever seen," said Arlington Police Department Lieutenant Christopher Cook. "Typically a robber will give demands. This suspect gave no warning and just began firing at the clerk."

The footage showed a man, pictured below, who police describe as a male with a slim build and long hair. He was wearing a facial covering, red ball cap, red jacket and a dark-colored shirt when he entered the store around 3:30 a.m.

Police say he was in the store for 15 minutes, let the customers clear out, then shot Hightower multiple times and stole some items from the store, including some tobacco, chips and bottled drinks. He didn't steal any cash, police said.

"We think he fired at least eight rounds," Cook said. "[The video] is horrific to watch. He didn’t even give the clerk the opportunity to comply with any kind of demands."

After the shooting, a few customers walked in and asked the suspect what happened, police said. Audio captured in the surveillance video shows the suspect telling them he shot the clerk. Those customers did not call 911 and will not be charged, according to Arlington police.

By the time the next person entered, Hightower was dead.

Investigators believe he then ran away from the store headed east on Bardin Road.

Cook said about an hour-and-a-half later, another customer came in to buy something and saw Hightower dead behind the counter. That's who called 911.

The store is offering a $5,000 reward for any information that leads to a conviction in the case.

“We at E-Z Mart are greatly saddened that one of our teammates was shot in an armed robbery and has succumbed to his injuries," a Sunday statement from E-Z Mart said. "Our hearts go out to his family and loved ones. We will be making the necessary resources available to our entire store-level team to help them cope with this senseless tragedy. We will be working with the police to make available a $5,000 award for the arrest and conviction of the shooter. Out of respect for his family, and to ensure the integrity of the investigation, we will defer all further statements to the police.”

Officials are asking anyone with any information to contact Det. Jennifer Rodriguez at 817-459-5650.

Tipsters who wish to stay anonymous can call Tarrant County Crime Stoppers at 817-469-8477.

"This is somebody who is very dangerous, we are certainly going to leave no stone unturned, to try and find and identify and try to bring this person to justice," Cook said.