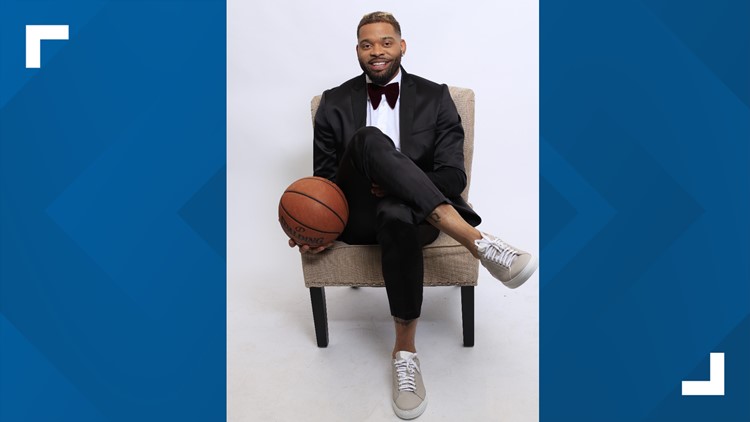 One arrested, second at large in slaying of Andre Emmett Jr., police say

One man is in custody and a second remains at large in connection with the September slaying of ex-NBA and Texas Tech University player Andre Emmett Jr., according to Dallas police officials.

Dallas police said they believe 32-year-old Keith Johnson and 29-year-old Michael Lucky are the men responsible for the robbery and fatal shooting of Emmett on Sept. 23.

Keith Johnson, 32, faces a capital murder charge. He is in the Dallas County jail in lieu of more than $500,000 bail.

Dallas police are looking for Michael Lucky in connection with the September slaying of Andre Emmett.
Dallas Police Department

Emmett, 37, was found wounded around 2:30 a.m. Sept. 23 on North Prairie Avenue near his home. He was taken to the hospital, where he later died.

The former David W. Carter High School basketball star was sitting in his car outside his residence when two men approached him. One of the men pulled out a gun and shot Emmett while he was running away, police said.

Witnesses told police the men fled in a white Chrysler 300.

Police later released images of a watch and a necklace taken from Emmett.

A necklace was taken from Andre Emmett during a robbery Sept. 23, police said.
Dallas Police Department

After attending high school in Dallas, Emmett went on to play basketball from 2000 to 2004 at Texas Tech University, where Bob Knight was his coach for three of the four seasons.

He remains the university's second all-time scorer and was named All-American his senior year.

In 2004, he was drafted by the Seattle SuperSonics as a 35th overall pick in the NBA draft. He was later traded to the Memphis Grizzlies and went on to play for the New Jersey Nets.

He also played for several NBA developmental league teams, including in 2006 with the Dallas Mavericks for the Las Vegas Summer League.

In 2018, Emmett was the second overall pick in the 2018 BIG3 league, a 3-on-3 basketball league founded by rapper and actor Ice Cube. He was entering his second season with the league when he was killed.

Dallas police have not said who was the triggerman in Emmett's death.

Emmett's family said they couldn't believe anyone would want to harm him.

RELATED: Dallas-area basketball star laid to rest as hunt continues for his killers