Andre Emmett, a former Carter High, Texas Tech, and NBA player, was entering his second season with the BIG3 league. 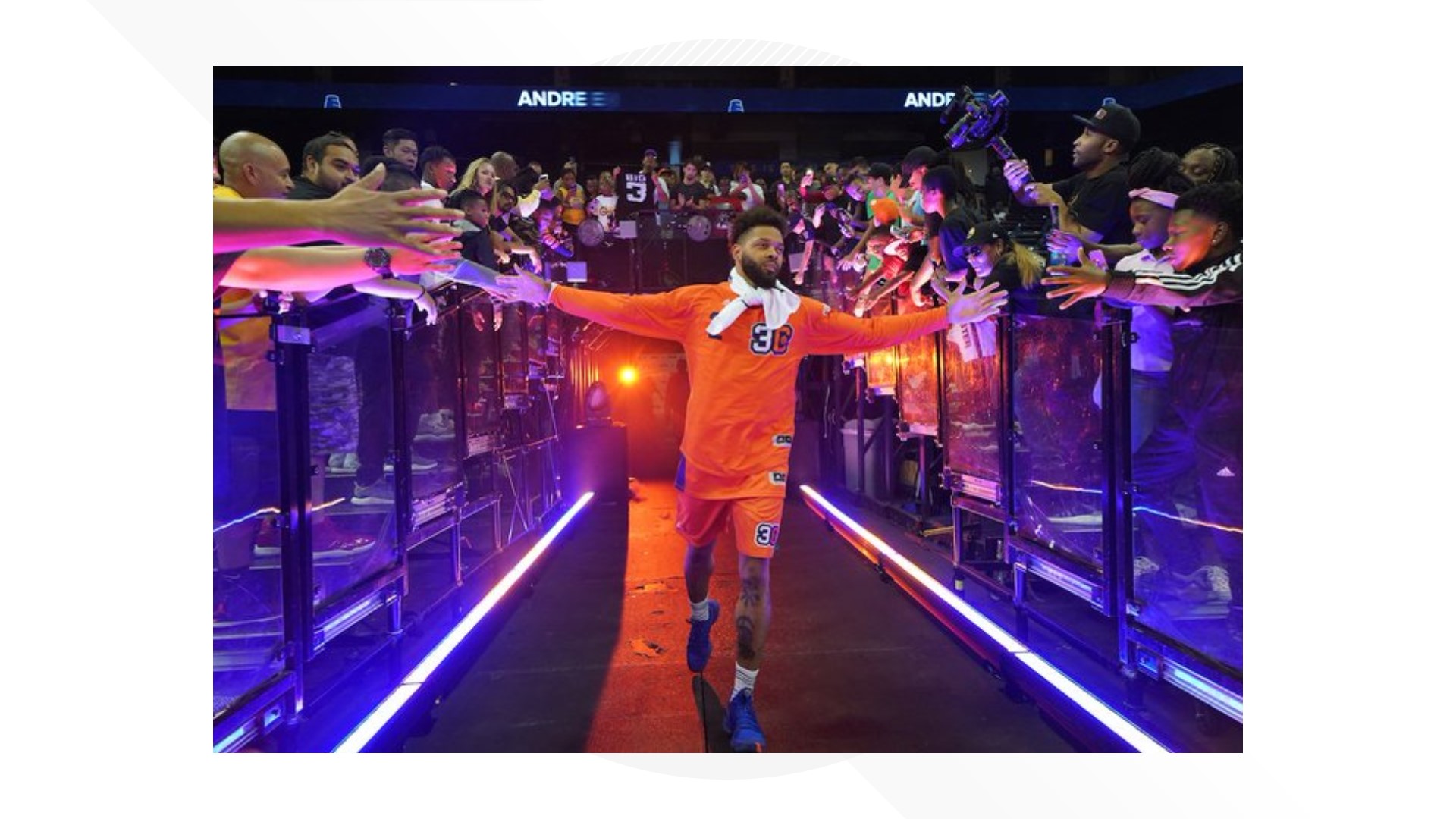 He was transported to a nearby hospital, where he later died.

According to police, witnesses told investigators that Emmett was sitting in his car outside a residence in the 1800 block of North Prairie Avenue when two men approached his vehicle.

An argument followed and one of the men pulled out a gun. Emmett was shot as he ran from the men, police said.

Witnesses told police the two men fled the scene in a white Chrysler 300.

Emmett was born on Aug. 27, 1982, in Dallas and went on to play basketball at David W. Carter High School.

From 2000 to 2004, he attended Texas Tech University, where he played basketball with Bob Knight as his coach for three of four seasons. He remains the university's second all-time scorer and was named All-American his senior year.

In 2004, he was drafted by the Seattle SuperSonics as a 35th overall pick in the NBA draft. He was later traded to the Memphis Grizzlies and went on to play for the New Jersey Nets.

He also played for several NBA developmental league teams, including in 2006 with the Dallas Mavericks for the Las Vegas Summer League.

In 2018, Emmett was the second overall pick in the 2018 BIG3 league, a 3-on-3 basketball league founded by rapper and actor Ice Cube. He was entering his second season with the league when he was killed.

Emmett's sister told WFAA Monday afternoon that she was in disbelief, adding that her brother got along with everyone.

Emmett's aunt Karen echoed something similar, calling her nephew a man of the community.

"We're just all at a loss. This is a tremendous, tremendous loss not just for our family but for our community as a whole," Karen Oliver Thomas said.

Emmett was heavily involved in the charity he founded, the Dreams Really Exist Foundation, which provides resources to young students and athletes.

WNBA legend Nancy Lieberman said Emmett's work with kids is what he'll be remembered for most.

"He wanted to use his platform to help people, and I admired him," Lieberman said. "It's senseless, it's horrible, and we just lost a really great person."

The David W. Carter High School family mourns the loss of Andre Emmett, a former Dallas ISD student-athlete and basketball standout who left an indelible footprint on the Dallas community. Described as a gentle giant, Emmett often returned to mentor, encourage and play pick-up games with members of the Carter basketball team, when he was in town.

The Carter High community sends its heartfelt sympathies, thoughts and prayers with his family, friends and all those impacted by his passing.

Anyone with information regarding the shooting is asked to call Det. Sayers at 214-671-3647.