"I was trying to stay alive and get out of the way," said resident Taler Jefferson, who was driving home from work and ended up being 20 feet from the shooter. 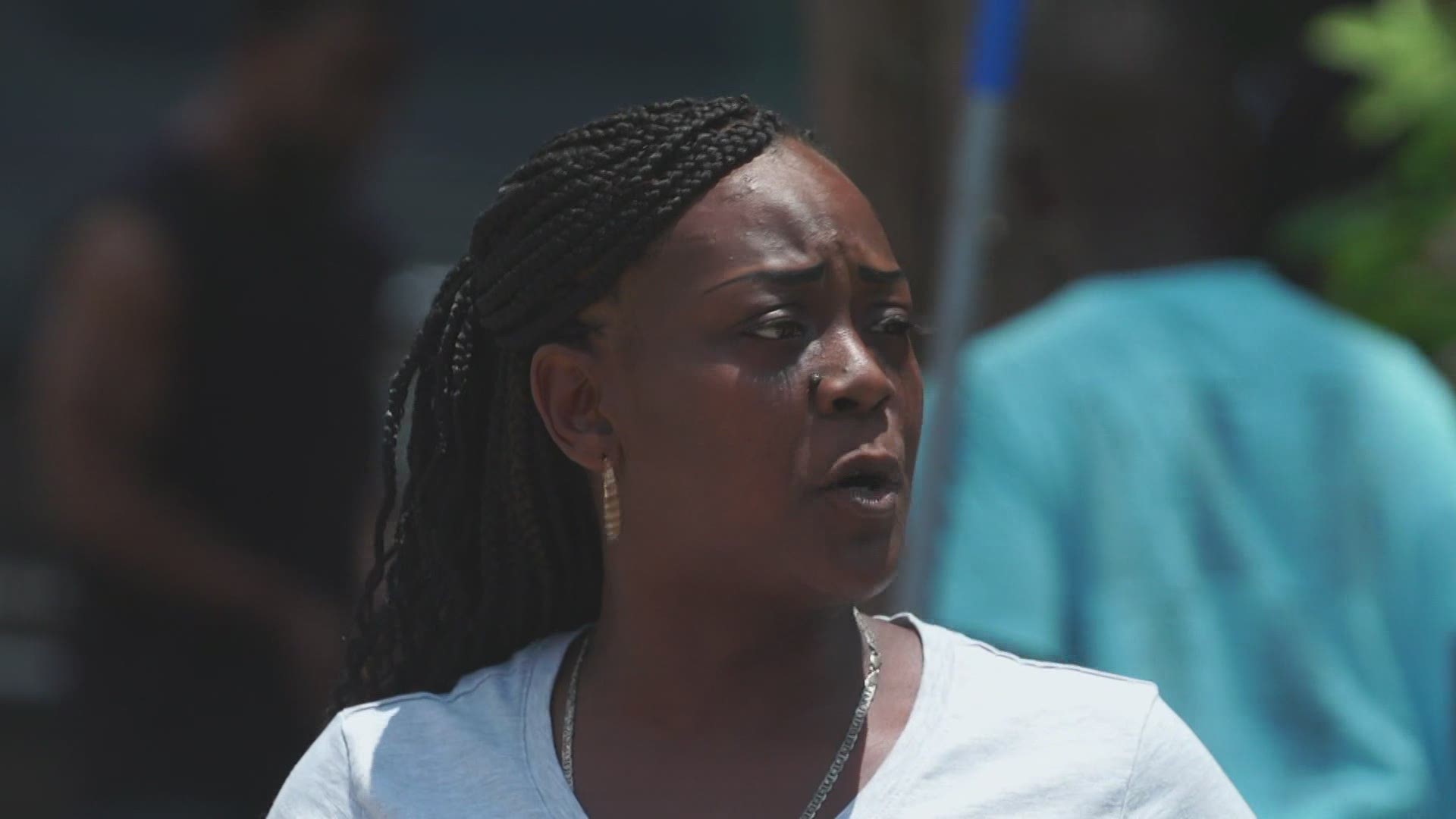 DALLAS — Just before midnight, Dallas police officers were dispatched to the 8300 block of Towns Street in Hamilton Park for a shooting with multiple injuries. Officers arrived at a large block party that was held in the historic community. Police said five people were shot and three died from their injuries.

"When officers arrived, they discovered five individuals shot. All five shooting victims were transported to area hospitals where three of the adult males, were pronounced deceased," a statement from Dallas police reads.

"I was trying to stay alive and get out of the way," said resident Taler Jefferson, who was driving home from work and ended up being 20 feet from the shooter.

Residents said the party was an unofficial community block party, with anywhere from 200 to 500 people attending. Residents said some people were treating the streets like a drag strip, as evidenced by the dark tire tracks on Town Street.

"You feel like you're in the middle of a Wild Wild West moment," said resident Jamie Waits, who attempted CPR on one of the victims with the help of her daughter.

RELATED: 61-year-old man killed over a poker game is one of 3 people killed in Dallas-area shootings over holiday weekend

Rodney Johnson, whose family is one of the original families that settled the neighborhood, said there were multiple shots ringing out in rapid-fire. He said he knows the difference between fireworks and gunfire and what he heard just before midnight in his neighborhood was definitely gunfire.

Hamilton Park is one of the first planned Black communities, established in the 1950s after escaping racial violence.

Johnson, along with other community members and their children, came to the original crime scene to help clean up all the spent fireworks.

"I'm cleaning up destruction and heartache. Anytime somebody loses their life, it's not worth it," Johnson said.

RELATED: Violence on the Fourth: At least 23 people shot across Fort Worth and Dallas during holiday

Residents seem to believe those killed, injured, or involved, were not from the Hamilton Park area. Dallas police have not released the names of the victims or suspects to verify if that was true.

"Attitudes need to be cleaned up on how we're thinking as a people," said a man who goes by the name Coach T. He brought three of his children to help clean up after the party on Monday morning.

Police have not made any arrests and they're looking into what happened. If you have any information contact Detective Theodore Gross, #9896 at 214-671-3143 or by email: theodore.gross@dallascityhall.com, please refer to case number 118641-2021.