Prosecutors released a recording of a secret meeting between Ruel Hamilton and Dwaine Caraway, part of the evidence in the case. 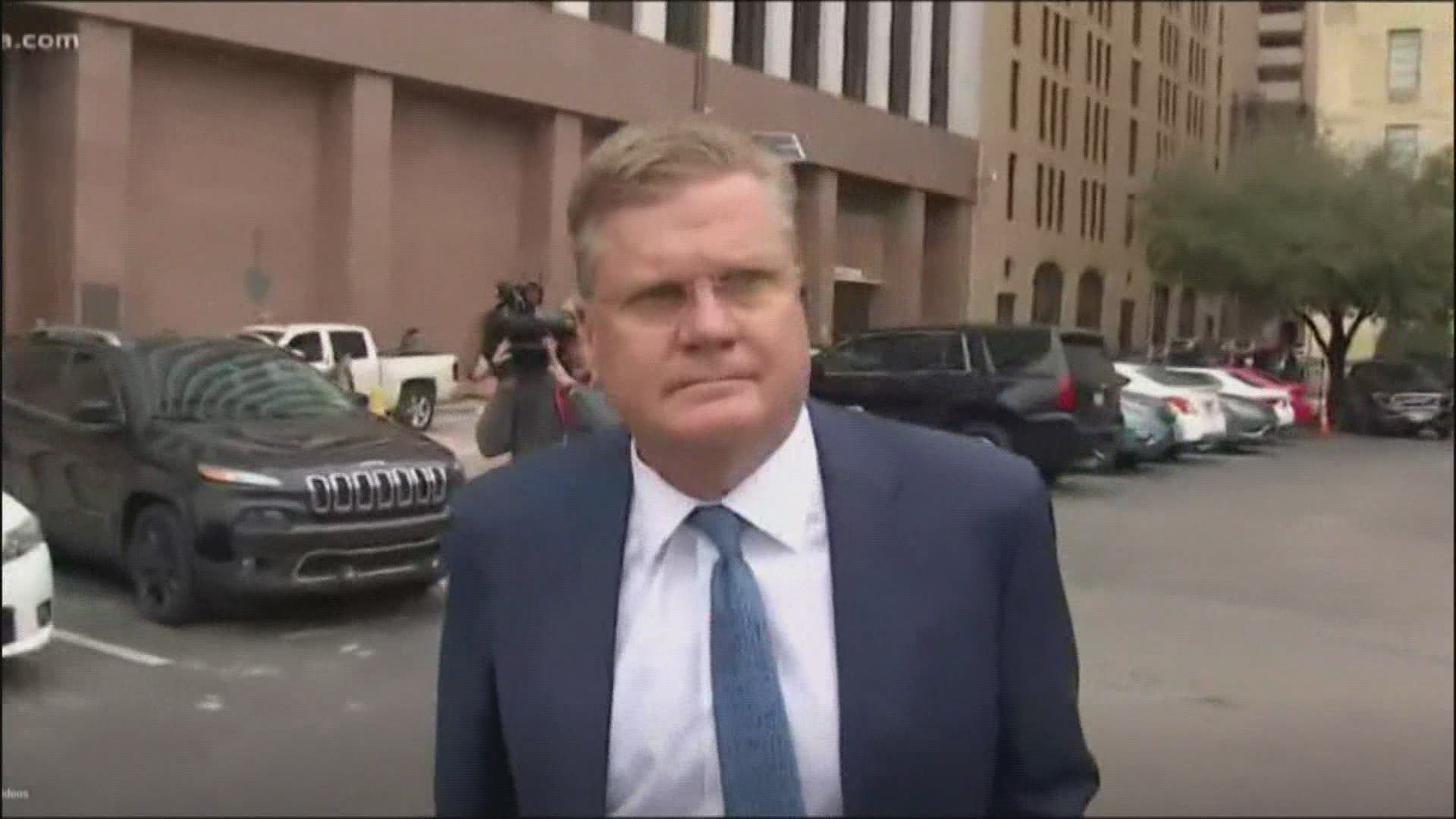 Ruel Hamilton faces up to 25 years in prison. Chief U.S. District Judge Barbara Lynn ordered him released until his sentencing hearing on Nov. 9.

Jurors found him not guilty of a fourth count, using a telephone to facilitate one of the bribe payments. That charge carried a maximum of five years.

Evidence in the two-week trial, which began June 14, showed that from 2013 to 2015 Hamilton gave more than $40,000 in cash and things of value to Carolyn Davis, the late former head of the city’s housing committee, and in 2018 gave a $7,000 personal check to former councilman Dwaine Caraway.

Both took the money promising to help Hamilton politically and get his affordable housing projects approved, jurors determined.

This footage of a 2018 meeting between Mr. Hamilton and Mayor Pro Tem Caraway was admitted into evidence at trial: pic.twitter.com/vCeOdO6NFC

Davis pleaded guilty to taking the bribes, but died in a car crash in 2019, and was unable to testify. But jurors heard her boasting on wiretapped conversations recorded by the FBI about all the money she took and how confident she was that she would never be caught. Evidence showed that while she was on council, she laundered the payments through a nonprofit, Hip Hop Government.

Caraway testified about a $7,000 check he took from Hamilton, which was in exchange for him helping Hamilton get a paid sick leave initiative on an upcoming ballot. Hamilton wanted the item on the ballot to boost voter turnout for Democratic candidates that he supported.

Today, the U.S. Attorney’s office released a segment of a secretly recorded meeting between Caraway and Hamilton where this transaction took place. This video was played for jurors during the trial.

During his time on the witness stand, Caraway also told jurors about other unrelated bribes he took from other sources, including $450,000 in the Dallas County Schools bus camera scandal, for which he is serving nearly five years in federal prison. Caraway also told jurors about tens of thousands of dollars he took from two undercover FBI agents posing as developers.

RELATED: Former Dallas council member Carolyn Davis boasted about how she would never be caught taking bribes. Turns out, the FBI was listening.

Hamilton’s lawyer, Abbe Lowell, argued during the trial that his client was innocent and that payments made to Davis were consulting fees and campaign donations, and that the money he gave Caraway was for the councilman’s mother’s medical bills.