The 69-year-old councilman was shackled hand and foot as he testified against a developer accused of giving him a $7,000 check in exchange for political help 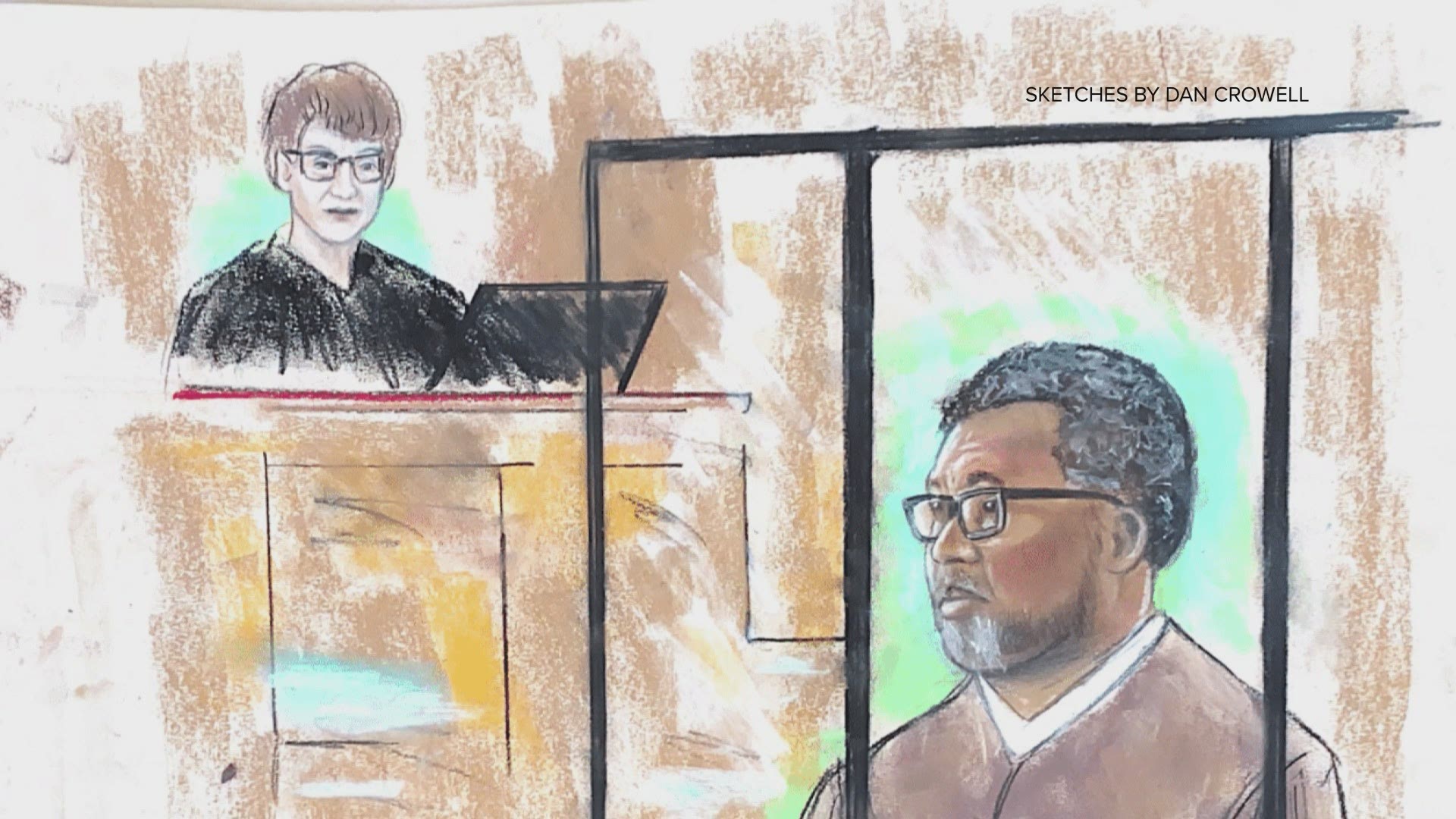 DALLAS — A slightly slimmer and grayer, but no less effusive, Dwaine Caraway took the stand Tuesday and testified he took money from developer Ruel Hamilton in exchange for political support.

“I messed up,” said Caraway, wearing a brown prison shirt and matching pants, his hands and legs shackled, as he testified about his involvement over the years in several corruption cases. It was the first time many had seen the former swaggering politician in public since he was sentenced to 56 months in prison in April 2019. “I’m paying a price.”

Hamilton is on trial this week over a four-count bribery indictment alleging he paid off Caraway and the late former council member Carolyn Davis in exchange for their help getting his affordable housing projects approved.

Hamilton has pleaded not guilty. He faces up to 30 years in prison if convicted.

After Davis died in a car crash in 2019, Caraway became the government’s star witness against Hamilton.

Under questioning Tuesday by prosecutor Chad Meacham, Caraway told a fairly straightforward, but serendipitous story: On the very day in August 2018 he was in his lawyer’s office with FBI agents and prosecutors signing papers pleading guilty to taking $450,000 in bribes in the Dallas County Schools school bus stop arm camera scandal, authorities showed him a couple dozen photos of other people they were investigating. Agents wanted to know if Caraway had any dealings with any of them. Caraway testified that one of the people pictured was Hamilton. Agents had been investigating Hamilton’s dealings with Davis for years by this point.

Suddenly, Caraway told jurors, his phone rang. “It was Ruel,” he said. “I was scared to death.” He told the feds about it, and with the ink drying on his plea deal in one case, they immediately asked him to cooperate in another, this time against Hamilton. They told him to call Hamilton back, find out what he wanted and record the call.

On the recording, played for the jurors Tuesday, Hamilton asked Caraway to help him get a paid sick leave measure on an upcoming ballot in order to boost Democratic turnout. Caraway then asked Hamilton about one of his real estate deals that had stalled. Caraway, at FBI agents’ behest, asked Hamilton to meet in person the next day so they could talk more. Caraway secretly videotaped that meeting with Hamilton, who offered to help Caraway with some medical expenses. At the end of the meeting, Hamilton cut Caraway a $7,000 check, and Caraway told him he would help him with the ballot initiative and his housing deals.

“They arranged a setup,” defense attorney Abbe Lowell told jurors in his opening statement, describing this meeting arranged by the FBI and prosecutors in 2018. “What Ruel did not know was Dwaine was working with prosecutors and wanted to rope him in.”

When Lowell finally got a chance to cross-examine Caraway Tuesday afternoon, he wasted no time attacking the former councilman.

“Are you good at deceiving people?” Lowell asked.

Caraway said no, but Lowell then proceeded to point out all the times Caraway could have told colleagues, constituents and family members he was taking bribes for years in another corruption case, but chose to hide it.

Lowell then played a litany of recordings of Caraway not being truthful with FBI agents about payments he had taken years earlier from undercover agents posing as developers, and about money he had taken in the Dallas County Schools investigation.

In those recordings with the FBI, Caraway was adamant he did nothing wrong taking hundreds of thousands in payments. He later changed his story and admitted the payoffs in the Dallas County Schools investigation were indeed bribes, pleading guilty in the same federal courtroom in which he was now testifying.

Caraway was admonished several times by Chief U.S. District Judge Barbara Lynn – the same judge who took his guilty plea in that Dallas County Schools case -- to keep his answers short and to the point, but the former five-term-politician-turned-felon insisted on explaining how he had not lied early on to FBI agents about some of those initial payments.

Lowell and Caraway sparred over whether, for instance, money handed to him in a cigar box in another case had actually been put “in his hand.” Not the same thing, Caraway insisted. It was in a box that he had to open, remove the money from and then put in his pocket. Besides, he testified, the money was a birthday gift—or that’s what the guys who gave it to him told him.

At one point, Lowell, Caraway, the prosecutors and the judge were all talking over each other. Eventually, Judge Lynn called it a day and announced Caraway would be back on the stand Wednesday. He was then escorted back to his holding cell.

Caraway is serving about four-and-a-half years for his guilty plea in that Dallas County Schools case. He had been facing seven years, but his cooperation in the Hamilton case prompted prosecutors to not charge him for his conduct with Hamilton, and ask the judge to shave years off his sentence. Caraway told the jury under direct examination that he hopes his testimony this week will help him reduce his sentence further.

Editor's note: The below video is from Aug. 2018 when Caraway resigned.