Former Dallas council member Carolyn Davis boasted about how she would never be caught taking bribes. Turns out, the FBI was listening.

Davis, who died in a car crash in 2019, is heard on wiretaps talking about money she received from Ruel Hamilton, who has pleaded not guilty to bribery charges. 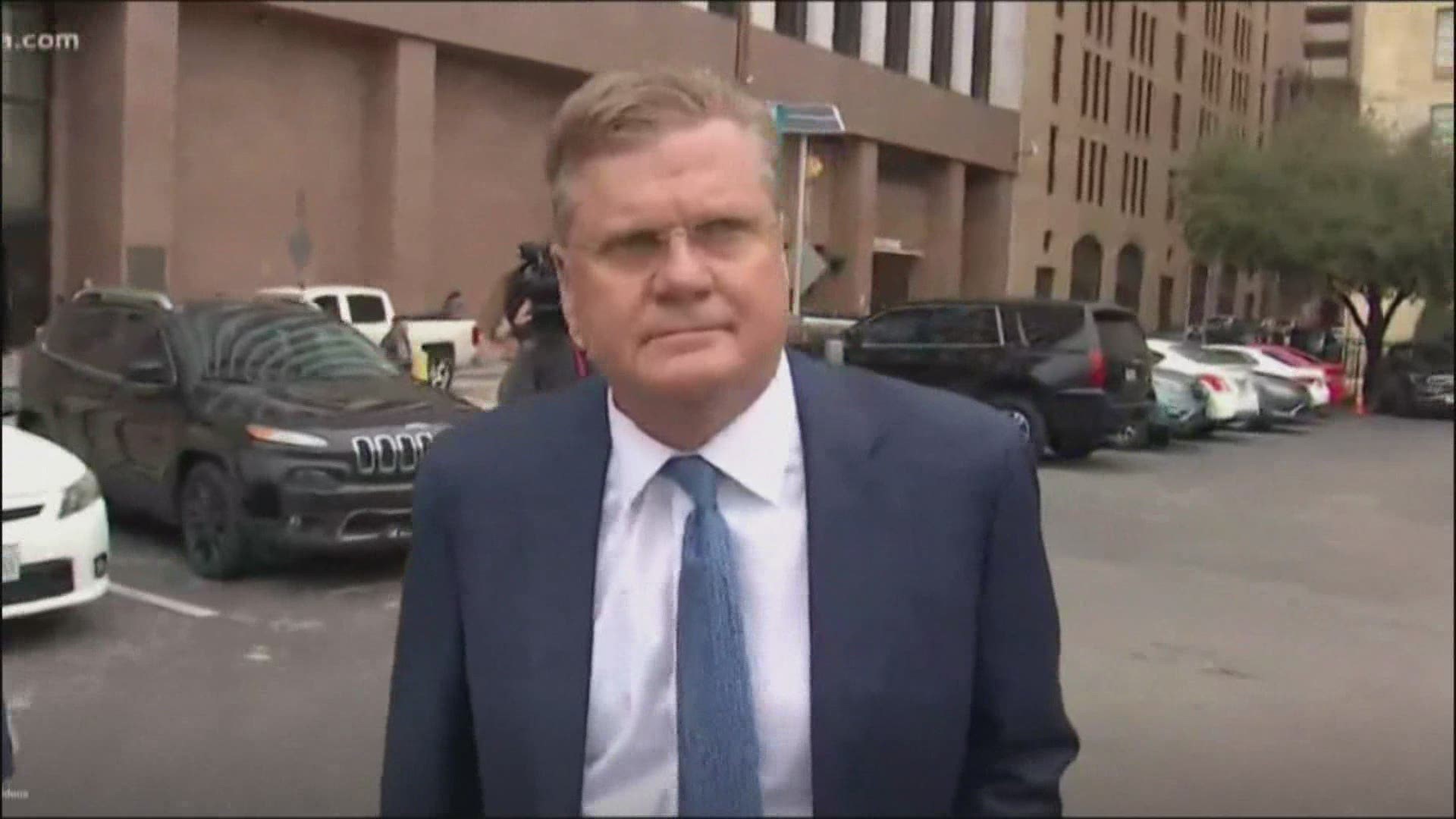 DALLAS — Editor's note: The above video is from an earlier story.

Carolyn Davis died in a car crash in 2019, but on Thursday, jurors heard the former council member describe what prosecutors say are bribe payments she received from developer Ruel Hamilton.

On intercepted phone calls in 2015, while Davis was still on the Dallas City Council, she boasted about how easy it was to dodge corruption charges and still take money from people with business before the council. She was chair of the city’s housing committee, and was instrumental in steering multimillion-dollar development projects toward approval.

She eventually pleaded guilty to taking bribes from Hamilton.

Hamilton denies he did anything wrong, and his lawyer has said payments he made to Davis were legitimate political consulting fees.

During at least one instance where Hamilton’s projects were being considered by her housing committee, Davis let another council member chair the meeting, figuring that would inoculate her from liability for taking a total of $40,000 in what prosecutors say were bribes from Hamilton over the years.

“All you got to do is recuse yourself,” Davis said on a wiretap played in court Thursday. “When you vote on that (expletive), that’s what kills you.”

“I was born,” she declared on the FBI recording, “but I damn sure wasn’t born last night!”

Years before she would admit that the money she took from Hamilton was bribes, she said on wiretaps that the amounts she was getting from Hamilton - a few thousand dollars at a time - was far too small to attract the feds’ attention.

She was talking to Jeremy Scroggins, who pleaded guilty to using his nonprofit organization Hip Hop Government to help funnel payments from Hamilton to Davis.

“I’d ask her what the money was for… and she wouldn’t ever really say that she was helping him,” Scroggins testified Thursday. “I started putting two and two together - she was housing chair and he was a developer. That’s when I knew something was going on.”

Hamilton also promised her a job after she left the council, Scroggins testified that Davis told him.

Under direct examination by prosecutor Chad Meacham, Scroggins testified that Davis had no income other than her city council salary, and payments from Hamilton.

In her annual financial disclosures, Davis never reported any income other than her city salary during her approximately eight years on council.

Scroggins testified he never met Hamilton and, even though he’s already pleaded guilty to helping funnel bribes, somewhat distanced himself from Davis’s activities with the accused developer.

During cross examination, Hamilton attorney Abbe Lowell, seeking to discredit Scroggins, asked if he ever accompanied Davis to a meeting with two men, Mike Miller and Brian Butler, names used by two undercover FBI agents posing as developers. These are the same undercover FBI agent “developers” who paid former councilman Dwaine Caraway thousands of dollars in cigar boxes, took him to strip clubs, casinos and dog tracks to buy his support for their fictitious projects.

“Did she slip a piece of paper to them with an amount of money on it?” Lowell asked Scroggins. He said he couldn’t remember what was written on it.

Scroggins recalled that the two undercover agents hired Davis as a consultant. He also testified they took her to dinners.

Neither Davis nor Caraway was ever charged with any of their dealings with the undercover agents. But the FBI and prosecutors persuaded both of them to plead guilty to other crimes – Davis for her dealings with Hamilton, and Caraway for taking more than $450,000 in bribes in the Dallas County Schools scandal.

Hamilton’s trial is expected to last into next week.