According to court documents, Davis accepted thousands of dollars in check and cash payments between 2013 and 2015 in exchange for her support of an affordable housing development headed up by developer Ruel Hamilton. 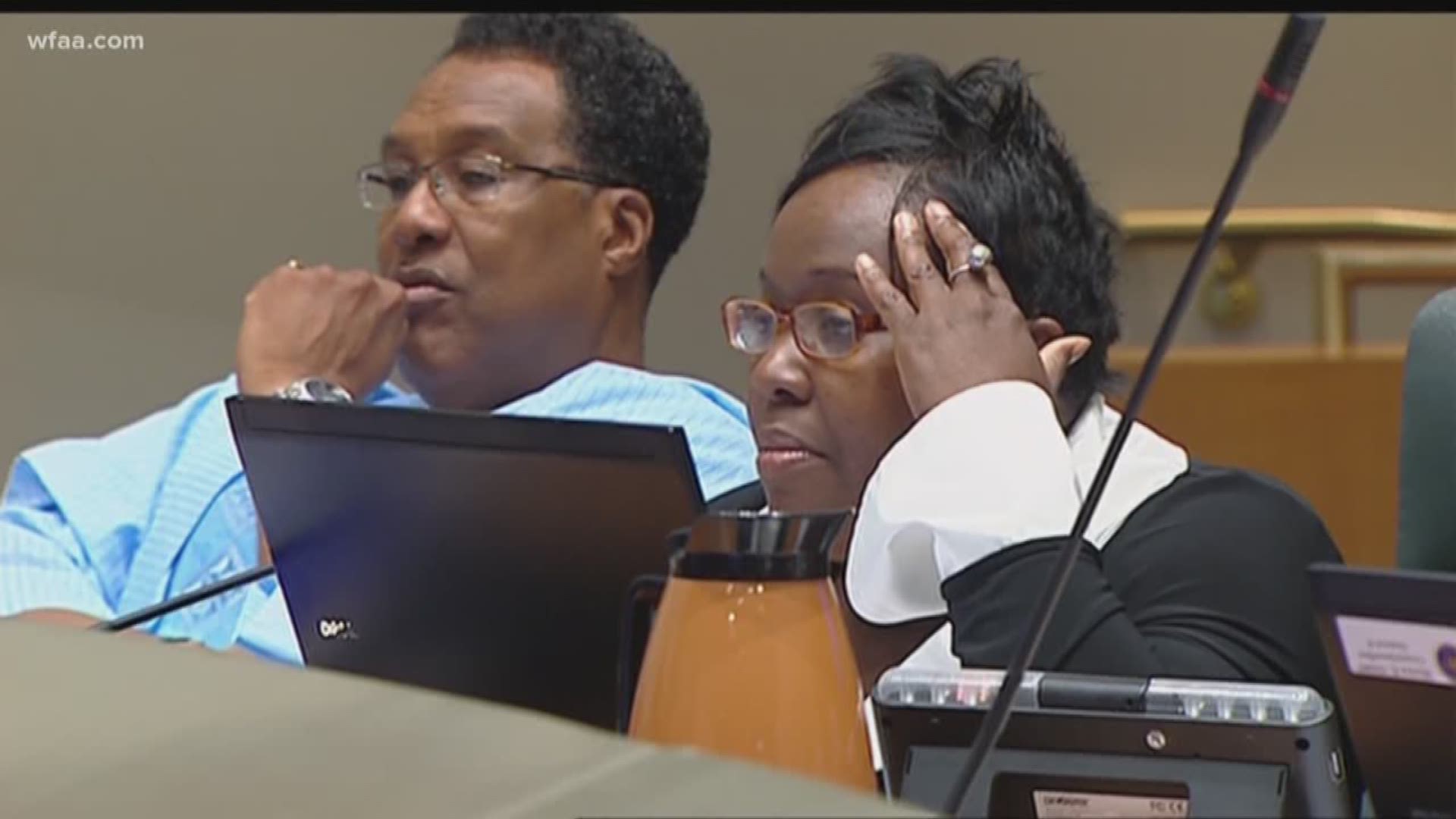 Carolyn Davis, who served as a Dallas city councilwoman from 2007 until 2015, is accused of accepting bribes from a housing developer near the end of her tenure on the council, court documents show.

She plead guilty in federal court Friday morning and made no comment to media as she left the courthouse.

Friday night, Davis's attorney released a statement on her behalf that said in part, "Although she's made significant contributions to the city of Dallas, today's events illustrate [Davis] has also made some bad judgments for which she has accepted full responsibility. At this juncture there remain many moving pieces and unresolved issues to this case which ultimately will be decided by the court."

At the same time prosecutors unsealed documents in the Davis case, they also unsealed an indictment charging Dallas developer Ruel Hamilton with bribing Davis. Hamilton appeared before a judge Friday afternoon and entered a not guilty plea.

According to court documents, Davis accepted thousands of dollars in check and cash payments between 2013 and 2015 in exchange for her support of an affordable housing development headed up by Hamilton. 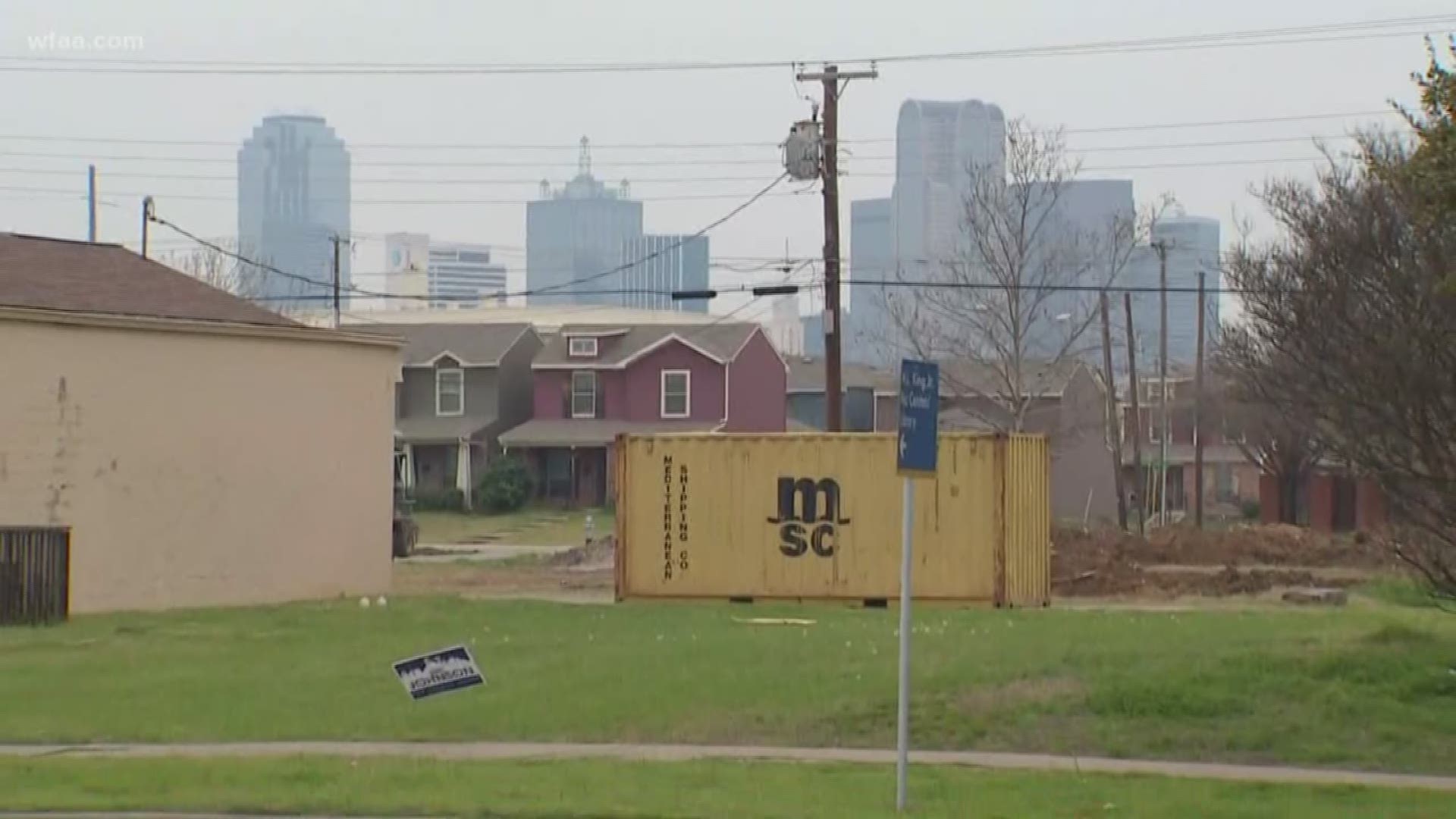 "Sadly, we've seen this conduct happen in Dallas too much," said Erin Nealy Cox, U.S. Attorney for the Northern District of Texas. "Sometimes public officials can't seem to resist the allure of lucrative payments in return for action taken in their capacity of public officials. But when elected officials are corrupted, you can count on us to intervene."

Davis was allegedly given more than $27,000 over seven check payments leading up to a February 2015 vote to support $168,000 in funding by the City of Dallas, and an additional $2.5 million loan Dallas Housing Finance Corporation, for the housing development, according to the documents.

“On each occasion wherein [Hamilton] gave Davis a check, Davis would give the check to Person B, who would then either deposit it into an account held by Person B or cash it,” according to court documents. “Generally, Person B would then give some or all of the proceeds to Davis.”

The individual identified as “Person B” set up a nonprofit company to disguise the payments to Davis, according to the documents. The identity of “Person B” was not made public.

In total, Davis accepted approximately $40,000 in bribery payments, according to the documents. She admitted that she didn't report the payments in a financial disclosure.

The payments were allegedly in exchange for Davis’ support for the project as the chair of the housing committee, as well as lobbying others on the city council and in the Texas Department of Housing and Community Affairs for their support.

Eric Jackson, the special agent in charge of the FBI's Dallas, spoke beside U.S. Attorney Cox at a news conference announcing the Davis case. He said the citizens of Dallas "deserve public officials who come to work on their behalf and are not working to line their pockets." 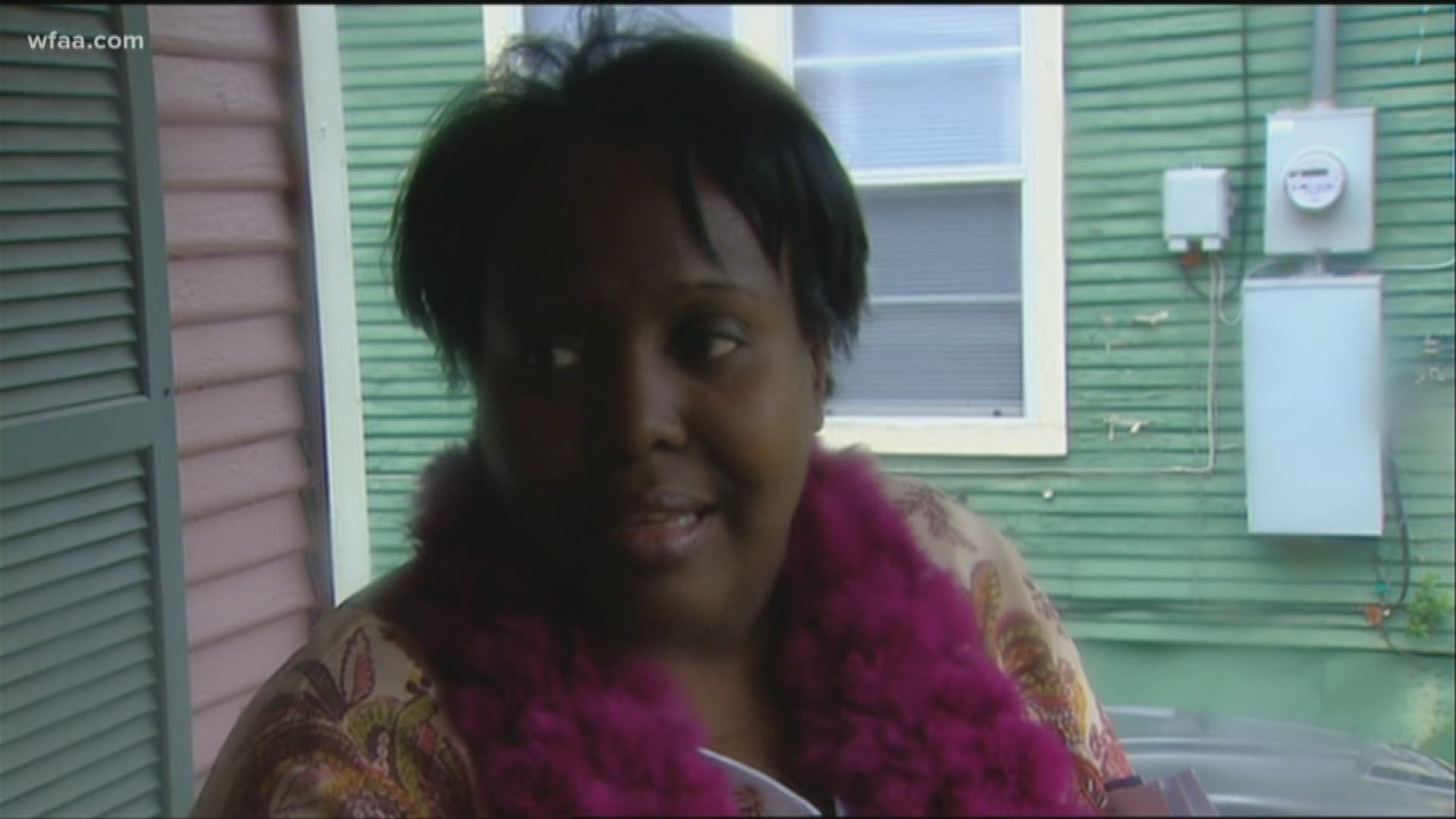 Hamilton would “enrich himself by corruptly offering, giving and agreeing to give things of value to Davis for her performance of official acts that would advance [his] business interests,” the documents read.

Prosecutors allege that Hamilton reached out to “Council Person A” on Aug. 2, 2018 and sought that council member’s assistance with getting a late addition to the upcoming council agenda.

“So I was told that if there is anybody that could get the Mayor to put it on the agenda for the 8th, it was Councilmember (Council Person A),’” Hamilton told Council Person A, according to the court records. “

If it had been added and passed by the City Council, it would have resulted in the placement of a referendum item on the November 2018 general election.

"The charges result from a misdirected trap that the government set in August 2018 and a mistaken view of Mr. Hamilton's long-running community activism in his support of civl rights, equal educational opportunities for all children, as well as his support of paid sick leave for working families last year," his lawyer, Jim Burnam, said in a statement.

Abbe David Lowell, Hamilton's lead attorney, said, "Prosecutors make mistakes all the time. Today, they added to the list by staging a set-up to trap and then bring charges against" Hamilton.

Davis is at least the fifth Dallas city councilmember to be caught up in bribery or embezzlement scandals since 2008: Don Hill, Al Lipscomb, James Fantroy and - most recently - Caraway, who represented the same district as Davis.

"We come from an area that has very low income and big money plays on that," said Eugene Dawson, a longtime resident.

The people they elect "start out with a good heart and a good plan," he said, "but along the way, money, money, money trips them up and people who have money know how to use it. This is nothing new to us over here in District 7."

Caraway pled guilty last summer to wire fraud and tax evasion. He faces up to seven years in prison. He is due to be sentenced later this year.

The district's current councilmember is Kevin Felder, who is facing charges for leaving the scene of an accident.

Mayor Mike Rawlings released the following statement on the case:

"I join my fellow Dallas residents today in a shared sense of despair over a former councilmember’s betrayal of the public trust. I’m also sick and tired of the vultures who lurk around City Hall in search of corruptible public officials. There is no place in our government for those who cheat the good people of Dallas by offering bribes, just as there is no place for those who accept them."

Caraway pled guilty last summer to wire fraud and tax evasion. He faces up to seven years in prison. He is due to be sentenced later this year.