There’s a transformation taking place in the West End that's reshaping the critical anchor between downtown and Victory Park.

DALLAS — John Zogg, a lifelong Dallas resident and managing director of Crescent Real Estate, has seen the West End through many incarnations. But this transformation, he says, is different.

“Today, you see highly capitalized owners coming in and buying the assets. What they've done over the last three to five years is pour millions upon millions of dollars into those assets,” Zogg said.

“Over the last three years, there has been more capital spent in the West End than in the previous 30 years combined.”

There are new buildings, including The Luminary office building by Crescent Real Estate; and Factory Six03, the former West End Marketplace that Granite Properties reworked and reopened to tenants.

The West End also is the site of the Dallas Innovation District, a nonprofit public-private partnership among the city of Dallas, local corporations and startups founded in 2015.

The Innovation District is run by the Dallas Innovation Alliance, which has been a primary driving force behind the latest West End developments as the alliance pushes for initiatives and provides resources and leadership to increase efficiencies with new technologies.

In 2016, the alliance established the Living Lab, a section of the Innovation District where Smart Cities technology is being tested.

“We believed we needed to mark a spot and call it the Innovation District so that we can point people to a place when they ask about innovation in this area,” said Trey Bowles, co-founder of Dallas Innovation Alliance.

"The great thing about Dallas is there’s not just one hub for innovation. There are lots. But the West End made a really good fit when you're connecting the historic nature of what's going on to the future and then bridging that.”

The Dallas Business Journal sat down with a group of business and civic stakeholders for the West End, which included Zogg and Bowles, to discuss the historic district’s past, present and promising future as the city’s vital connector between downtown and Victory Park:

A few decades ago, the West End had a bit of a carnival atmosphere. Then the district started to suffer gradual decay before the Great Recession hit it hard. Now it has rebounded in a format that positions it to thrive for years to come with its focus on innovation. Why does the West End have value now as a destination for innovation?

Will Hendrickson: The reason Granite became so interested in the West End is because the creative office trend was growing across the country. One of the things that technology- and creatively-savvy tenants are looking for is authenticity. When we traveled to other markets across the country — Denver, San Francisco and Boston — you would see these historic brick-and-timber buildings that were some of the most desired space in those cities. We were thinking, “How can we bring that creative energy to Dallas?”

Are tenants also interested because that sort of environment gives them an opportunity to recruit top-line talent and retain it?

Hendrickson: That is the driver, and it's proof enough if you look at our customers in the building. We have Blue Cross Blue Shield’s customer innovation lab. We have Common Desk and Sam’s Club’s technology division. The real estate is a huge part of how employers attract the technology-driven worker.

Steve Hulsey: At Corgan, we’ve been in West End since 1984. We were attracted to the district because of the heavy timber construction, the historic nature and the access it offered. Around 2004, we started looking at options because our lease had run out. We looked around the city of Dallas, considered all of the options and came to one conclusion: “We need to stay in the West End. We love the West End.” You can get to any highway from any direction in about two minutes from down here.

In 2014, we did the exercise again because we were going to outgrow our building, so we decided again look around.

We scouted places all around downtown again and still came back to the West End. This is the place where we want to be. This is Corgan’s home.

We have 470 people here in the downtown office right now in The Luminary. I also personally have been officing down here since 1989.

What has it been like to not only see the West End’s transition but to actually be driving some of it?

Hulsey: We have seen a lot of change since 1989. All this stuff that's come in lately has improved us, improved Corgan and our people, because now they have places to live here. In our office, our average age is 36. We have a lot of millennials in our group. About 30 percent of our staff rides the train every day: They live downtown, they live here, they live on the other side of downtown, so they want that access.

John Zogg: I’m a lifelong Dallas native and I remember Factory Six03 was very much an entertainment venue. I remember coming to the West End: there were movie theaters and a lot of touristy entertainment and food places. Then the West End went through a period of decay, or lack of focus. This lack of strategy lasted for about 20 years or so. What attracted Crescent to this district is that we own historic products elsewhere as part of our portfolio in Denver, Boulder and Colorado Springs — and those are the most attractive assets in those markets.

Hulsey: What’s really exciting about where we're heading is that the ownership group of the West End has come together as a group. We are working together, not as competitors, to improve the neighborhood. That's the next big thing we need to consider. We've all improved our assets and those assets are doing great and they look good. The next big deal is figuring out what can we do to improve the neighborhood: the storefronts, landscaping, streetscape, lighting and security. This is the ultimate spot in Dallas where you can find creative historic space.

In a perfect world, what would the neighborhood mix look like for the West End?

Zogg: I think some people miss the incredible foundation of great restaurants and operators who are here today. If you're a foodie in Dallas, there are some really good spots to go today. Family Thais Asian Bistro opened recently and there are more announcements coming all of the time that are eliminating the West End’s vacant storefronts.

Hendrickson: We have a great base right now; a great place to start from. I think we have the right ownership in the West End that's well-capitalized, locally focused, like-minded and proactive. I think we're just going to build on what we already have in place today.

Mary Pat Higgins: In terms of safety, that’s important. The addition of the residential offerings makes it feel more like a neighborhood — and that makes it feel safer at any time during the day.

At the Dallas Holocaust and Human Rights Museum, we're hoping to have well over 200,000 visitors each year. Of those, 100,000 ideally will be school children, from 6th to 12th grade.

I would love to see a wider variety of restaurant offerings so our visitors would have a lot of choices if they wanted to eat lunch and have that a true urban experience before going back to school.

I think that that would be a plus, and I'm hoping that the volume of visitors that the museum is bringing in will help some of those businesses in the West End.

By nature, museums preserve and obviously appreciate history. How important was it to you to be in a neighborhood that was eclectic and had a high walkability factor?

Higgins: We have been in the West End since 2005 and I've been with the museum since 2013. We intended to build our permanent home here since we moved in 2005. We're a history museum, so it makes sense to be in the historic district. It's the one district that really does have a sense of history and we like that. We like the connection to the other museums that create a vibrant tourist environment: The Sixth Floor Museum, Old Red. When the Perot Museum opened at the end of 2012, my first year, that really caused an increase in our visitorship.

For an expanded version of this story, click here. 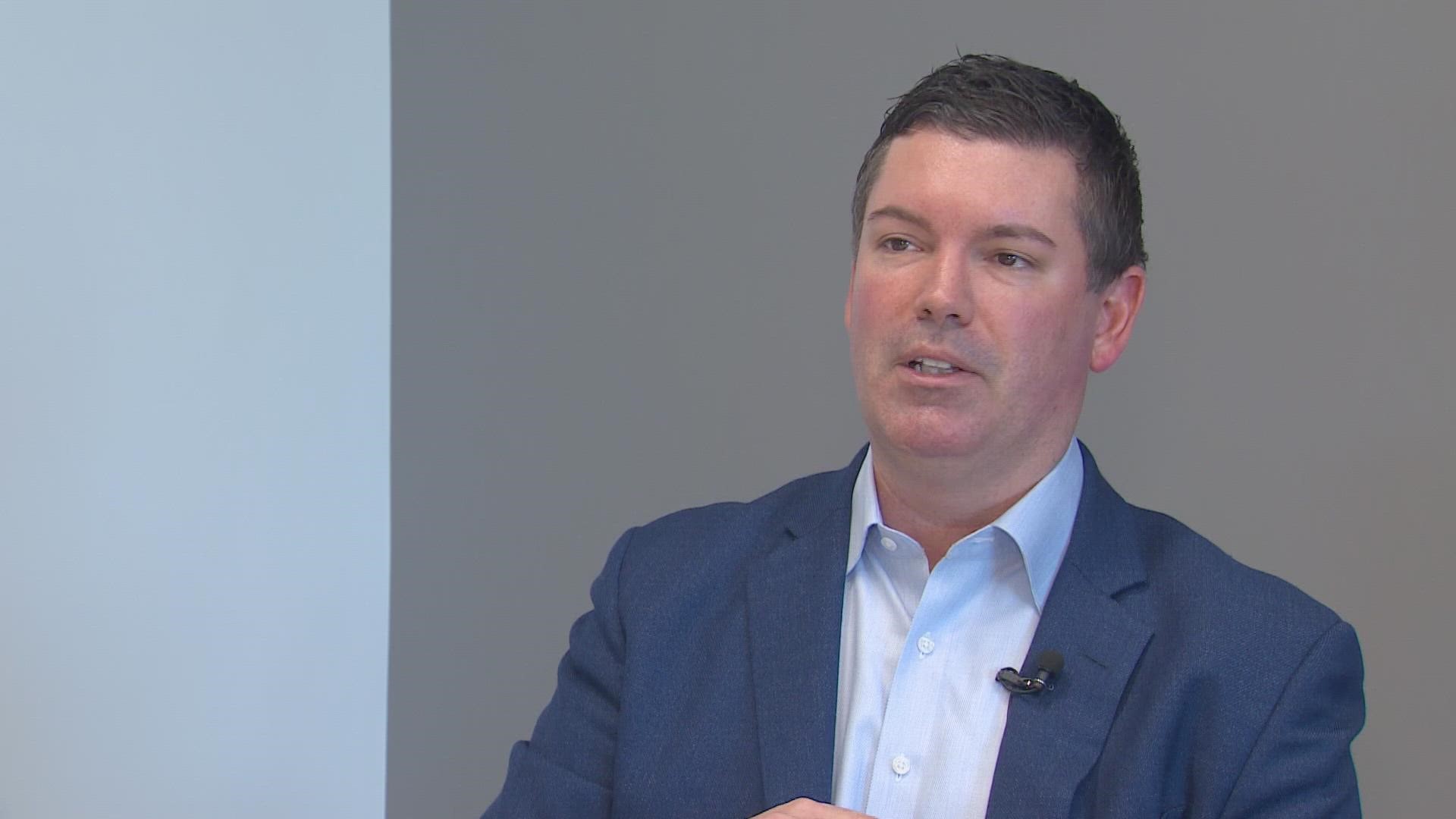 Where have all the workers gone and what are employers doing to get them back?