The city of Dallas held a ceremony Wednesday to unveil the renamed street. 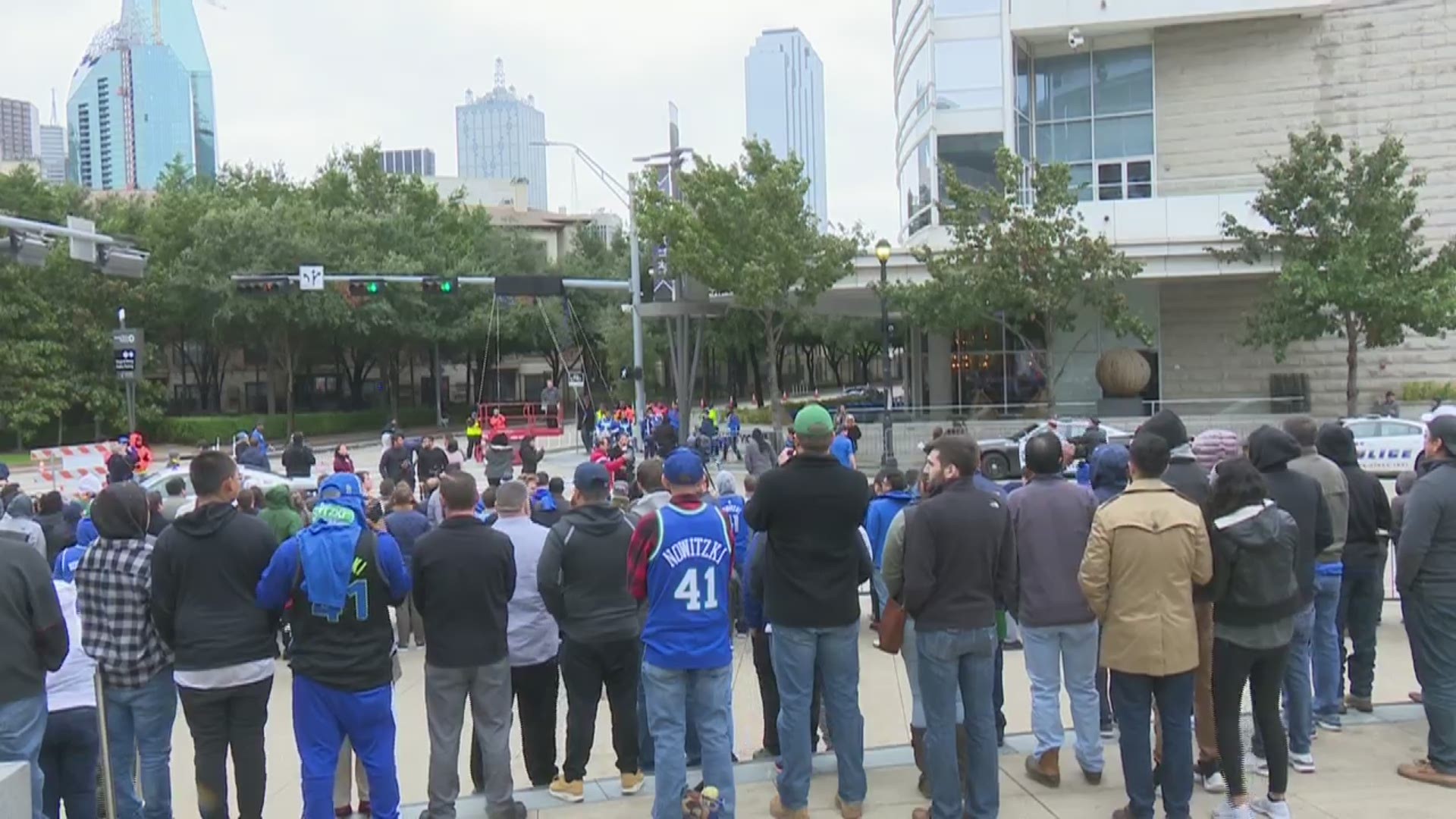 DALLAS — It's official. Dirk Nowitzki will forever be a part of Dallas sports history.

His last name will now be seen when people drive through downtown Dallas.

On Wednesday the City honored the Mavericks legend by renaming a street after him.

Nowitzki Way is located in front of the American Airlines Center which is right between North Field Street and Victory Avenue.

After the ceremony Wednesday, Nowitzki stayed to high-five and say thank you to every fan who showed up to support him.

The sixth-leading scorer in NBA history was a 14-time all-star, four-time All-NBA First Team selection, the 2007 NBA MVP, and won Finals MVP while leading the Mavs to the 2011 NBA title.

Nowitzki retired from the Mavericks after 21 seasons with team, which is the most by a player in NBA history.