A pair of dive-bombing Mississippi kites have made life interesting for one North Dallas family and their visitors. 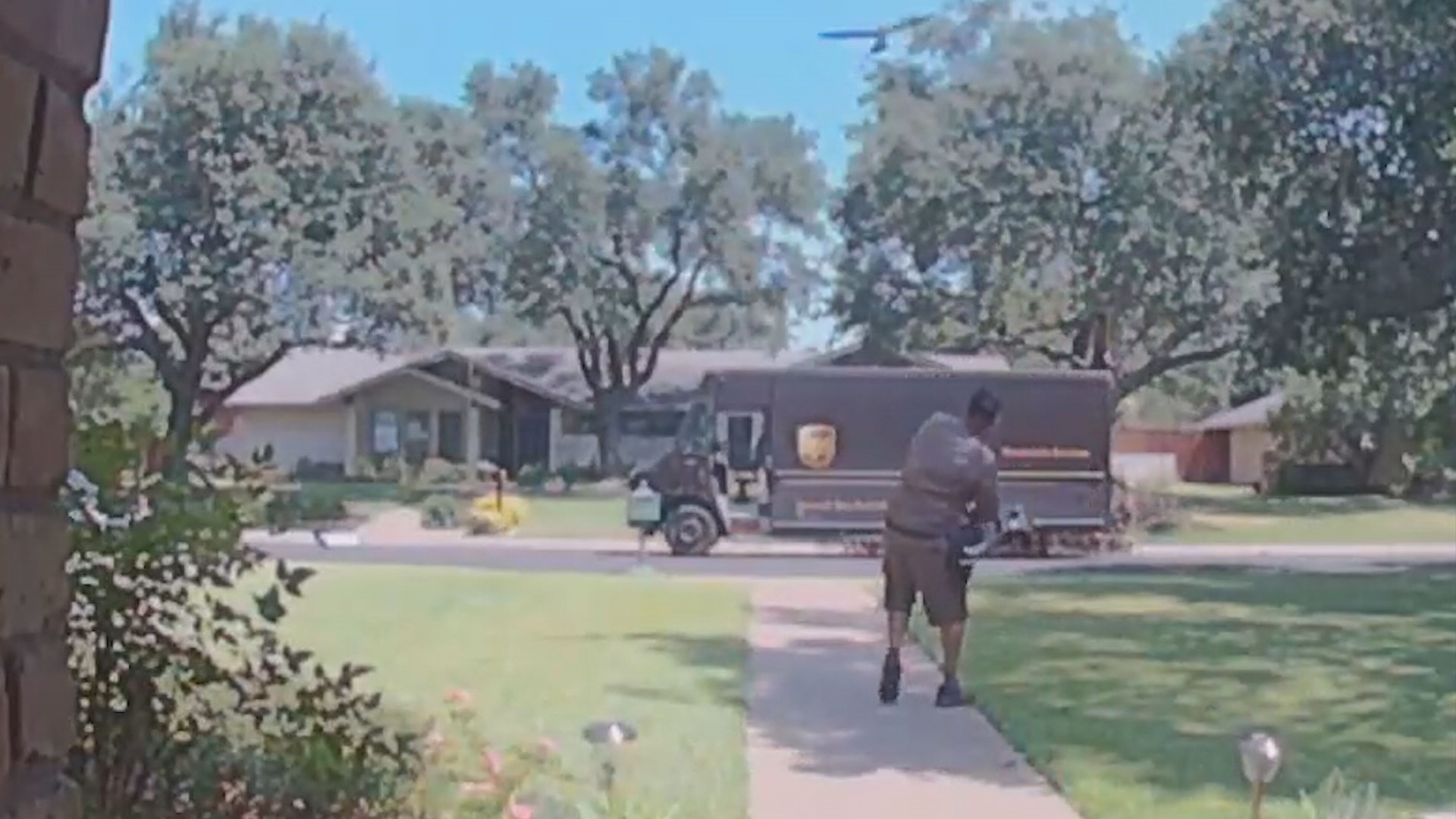 DALLAS — Garry Black never thought picking up the newspaper in the morning would be an event.

The Black family lives in North Dallas, where trees are cherished and a healthy tree canopy is a result. But in the late part of July and early August, the family started getting visitors that made life interesting.

"When he comes in it's like, whoosh!" Black said.

There is a pair of Mississippi kites dive-bombing every visitor that comes near their nearly 60-year-old live oak. It is a spectacle done justice only by what the Ring camera caught.

Videos show several instances where UPS, Amazon, and post office drivers run to their vehicles as they are chased by a bird.

"It's just a little intimidating when the thing focuses its eyes on you, and he's coming down on a dive-bomb attack," Black said.

Erich Neupert, with the Blackland Prairie Raptor Center, says the center gets many calls about this toward the end of the summer.

Neupert says kites are the last raptors to have offspring and says this behavior is purely a "warning shot" to other potential threats. He says Mississippi kites are aggressive protectors of their cherished babies.

But he says they rarely, if ever, actually attack. These dives can come inches from your head and sometimes result in a tap on the head.

The Blacks use an umbrella for their short walk to get mail or to the car.

Experts tell WFAA that using an umbrella is an easy and safe way to combat a dive-bombing raptor.

The family doesn't mind having the kites around. And federal regulations prevent anyone from disrupting the bird once it has nested.

The adult male and female will leave when the hatchlings are ready to leave the nest.

Experts tell WFAA that happens sometime between July and August.