Reaves died Saturday morning, according to his family. 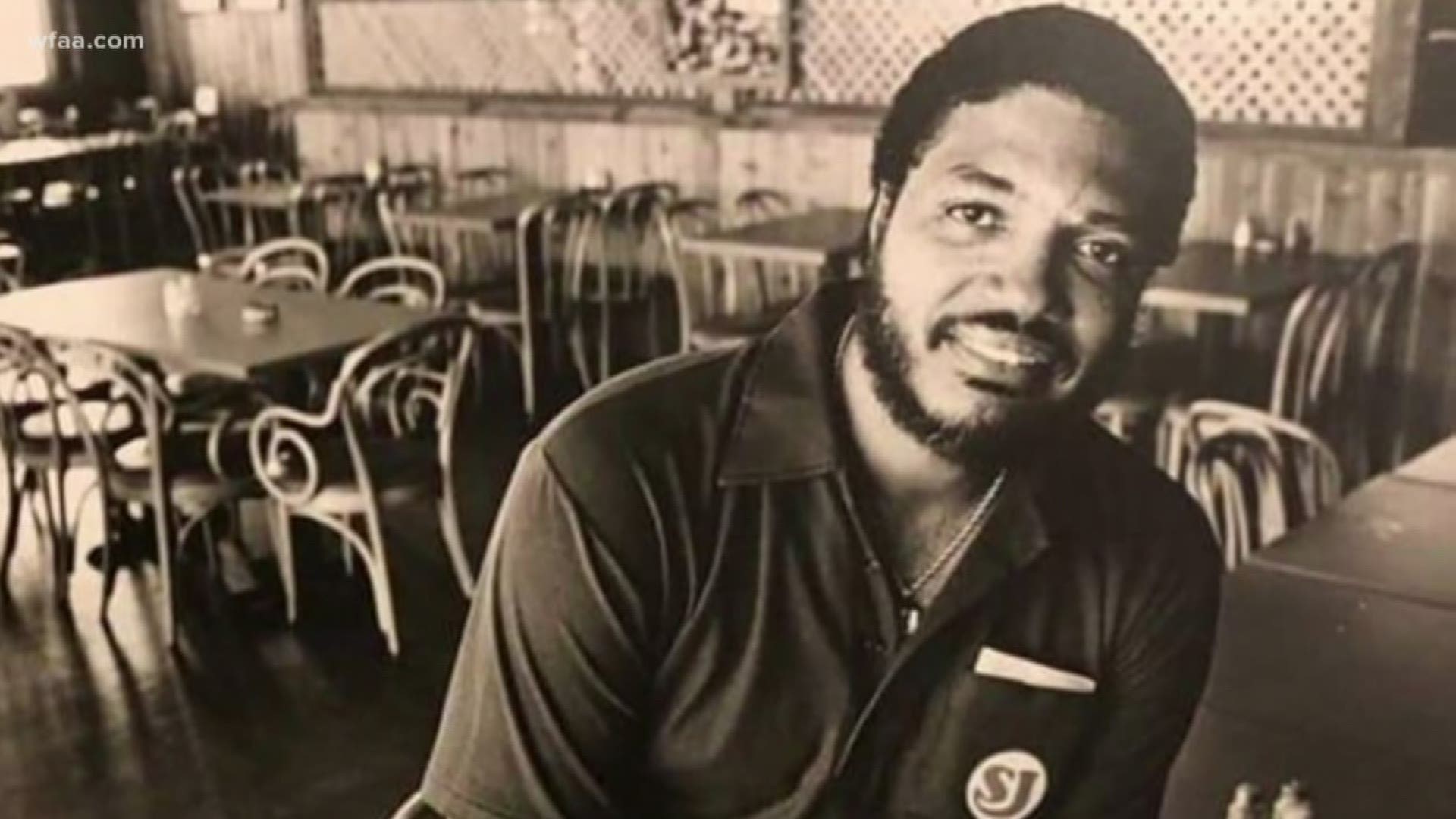 DALLAS — "Smokey" John Reaves, the longtime owner and founder of Smokey John's Bar-B-Que & Home Cooking in Dallas, died Saturday morning, according to a statement from his son-in-law, the Rev. Dr. Michael Waters.

"Giant of a man," Waters said. "Black-owned business in Dallas for 40 years. Second Black to have a stand at the State Fair of Texas. Knew and celebrated by celebrities and officials across the years. Dedicated and traveled in ministry around the world."

Reaves, along with his wife Gloria “Momma Reaves” and his cousin "Rent," started Smokey John's Bar-B-Que at the corner of Lemmon and Mockingbird in 1976 under the name Big John's, according to the Smokey John's website.

The family-owned restaurant grew to become a force in the community, using its influence to support local churches, youth organizations, political candidates, senior organizations and other charities, according to its website:

"[Reaves] recognized that his occupation at the restaurant was not only a way to feed happy customers in Northern Texas, but led him to pursue his true vocation, that is, knowing Christ and allowing his life to be a witness for the Lord."

Reaves was a mortgage banker before he started his restaurant. He rose to the role of vice president in charge of loan originations at Glenn Justice Mortgage Company, and later opened up his own mortgage and insurance company, according to the Smokey John's website.

In Sept. 2017, as the Reaves family was preparing for another run at the Texas State Fair, an accidental kitchen fire destroyed most of the restaurant, sending the office up in smoke. Local businesses and restaurants stepped up to help the restaurant get back on its feet, sparking the #SJItForward campaign on social media.

The brothers' Big Red® Chicken Bread won a 2019 Big Tex Choice Award which were handed out the day after Reaves' death.

At the event, Brent and Juan fought back tears as they accepted their trophy.

"For us to come here and have the opportunity to really honor him, that's our goal," said Juan, as Brent pointed the trophy to the sky.

The Reaves family will also be featured on a show on the Food Network in September.

1 / 10
State Fair of Texas
Fla’Mango Tango by The Garza Family is one of 10 finalists in the Big Tex Choice Awards 2019.