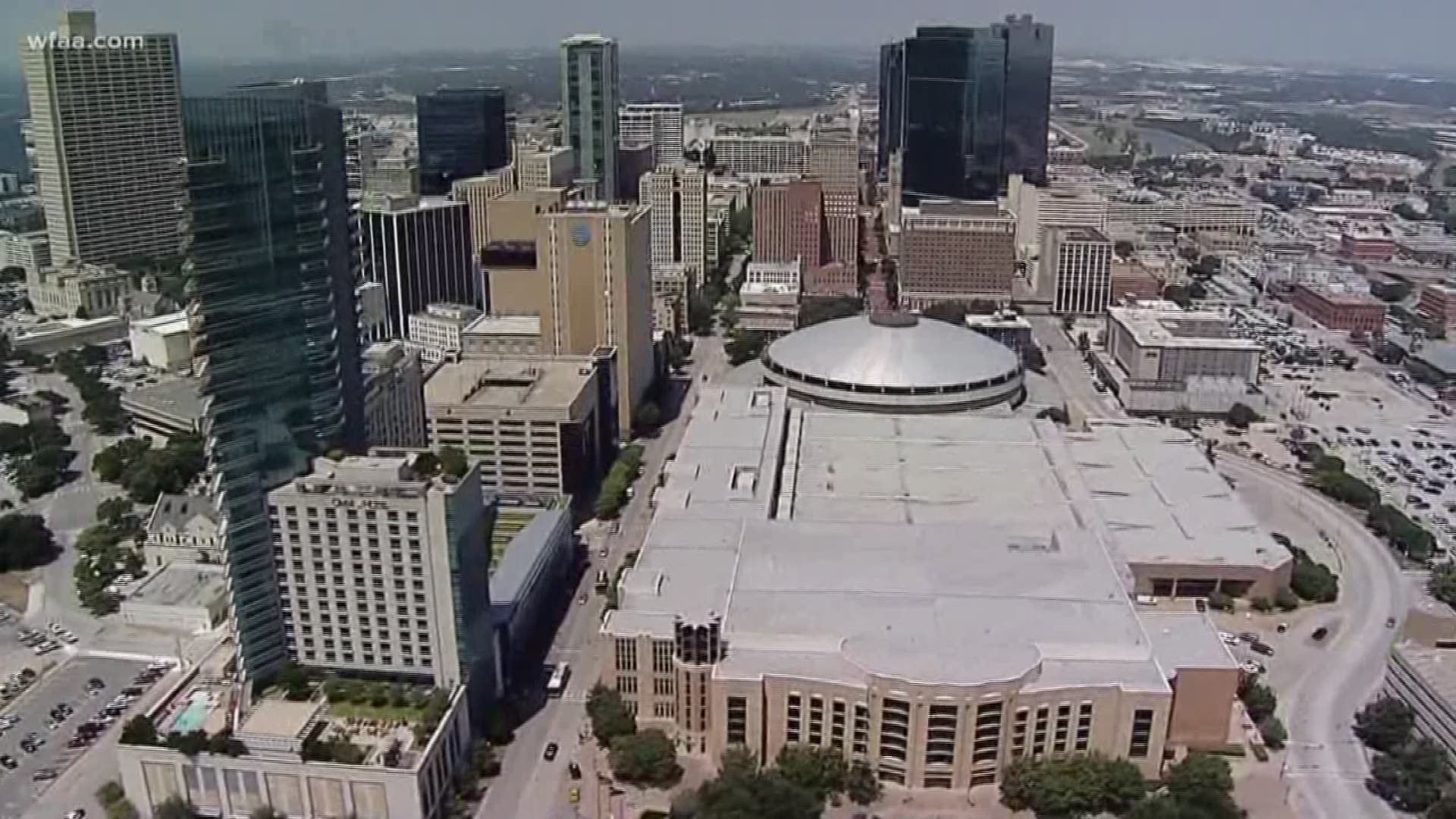 FORT WORTH, Texas — It's been decades since a new rental residential high-rise dotted Fort Worth's skyline. But it looks like that is about to change.

"Tthe economy of residential, especially downtown, has reached to the point where we can start talking about high rise," he said Monday.

Taft says in Cowtown's urban core, there are very few three-to-four-acre parcels available, but plenty of one-acre parcels, which are perfect for residential high-rise buildings.

He points out proposed projects at 1000 Weatherford and 901 Commerce, which would replace parking lots, older buildings and vacant space. Recent DFWI documents show there are 11 residential projects currently planned, under construction or recently completed downtown.

"Having more taller buildings in a downtown area is something we look forward to," echoed city councilwoman Ann Zadeh. She supports the upward growth, saying downtown is the place for it.

But Zadeh says don't expect to see a Dallas skyline any time soon, despite Fort Worth's massive population growth. The US Census said Fort Worth added nearly 20,000 people between July 2017 and July 2018, making it the city that saw the third-largest increase in population in the country.

"I don’t think that having some more higher-rise buildings in the urban core is going to take away the small town friendly feel we have," Zadeh said. "Our downtown is walkable and friendly."

That's precisely why Taft thinks developers have their eye on the downtown sky.

"People like living downtown because it's so clean," he said. "It's so friendly. It's so fun."