Looking to get out: Day trips from Dallas-Fort Worth great for social distancing

A number of unique outdoor experiences can be found within a couple of hours of the city. 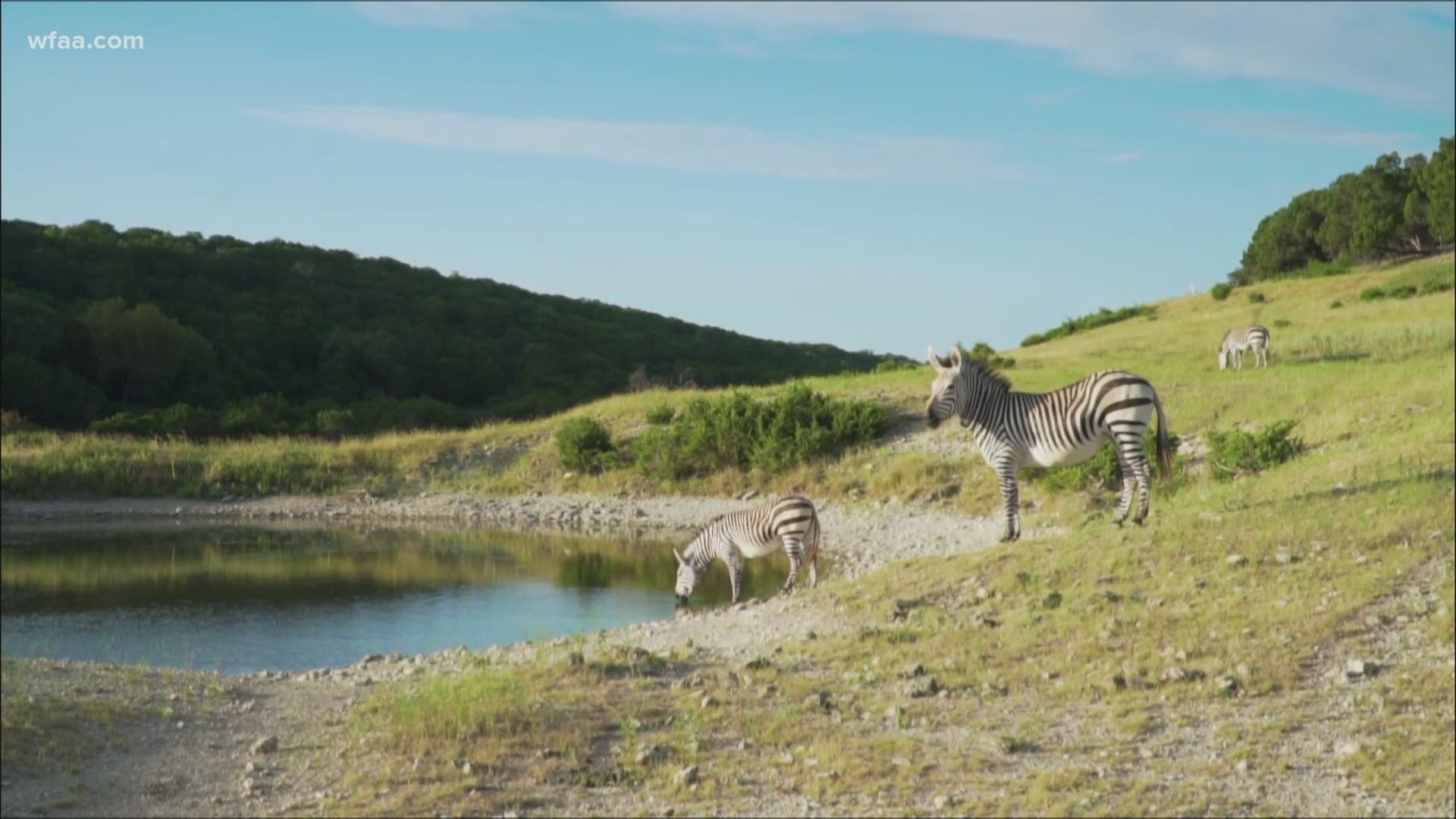 It’s been nearly eight months since coronavirus was declared a pandemic. Many people have since been staying at safe at home.

But there are also many places just a short drive away from North Texas that allow for safe social distancing and plenty of fun.

One of the best places in America to practice social distancing is Fossil Rim Wildlife Center in Glen Rose. It was recently voted best safari park in the country.

About an hour southwest of Fort Worth, Fossil Rim is all about the conservation of rare and endangered animals. Visitors can see tons of wildlife like cheetahs, zebras and even feed giraffes.

Nearly 113 million years ago, dinosaurs roamed the area and left behind a lot of footprints.

Dinosaur Valley State Park is open every day 7 a.m. to 10 p.m. Day passes often sell out, but can be bought in advance online.

2 and a half hours east of Dallas is one of the most unique places in Texas, Caddo Lake. With giant cypress trees and Spanish moss, it looks like a totally different world.

Caddo Lake is one of the most breathtaking lakes, not just in Texas, but in the entire country.

Fishing, paddling and hiking in Caddo Lake State Park are popular activities, but swimming can be dangerous because alligators populate the bayou-like waters.

Heading north, just across the state line is the tallest waterfall in Oklahoma, Turner Falls.

The tallest waterfall in Texas is much bigger, but it’s on private property, so Turner Falls is one of the best falls to be found near Dallas-Fort Worth.

Swimming at the falls is closed for the season, but visitors can still hike and get an up-close glimpse.

Turner Falls Park is open 7 a.m. to 6 p.m. and reservations for camping can be purchased online.

Of course, there are many places closer to north Texas where folks can social distance.

A list of state parks in the area can be found at tpwd.texas.gov.