The name actually comes from a saloon in Collinsville. 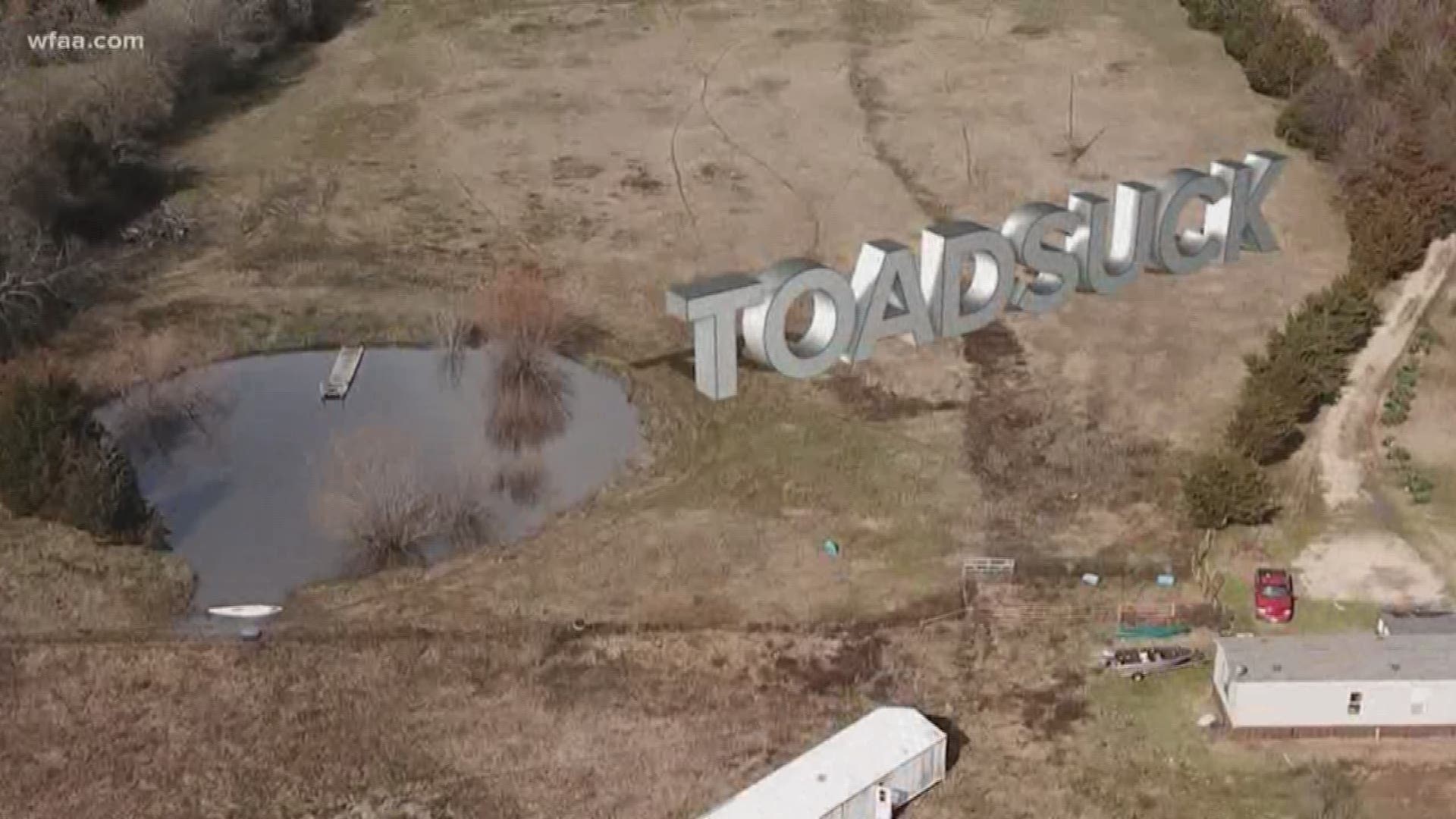 About an hour north of Dallas is a place that can never be found on a map: Toadsuck.

Full disclosure, that’s because the town of Toadsuck never existed. It’s technically Collinsville. However, online there are plenty of references to "Toadsuck, Texas."

But if it doesn't exist, then why?

"My grandfather, I remember him talking about Toadsuck, not a town, but a saloon out east of here,” said Deanna Irelan, co-founder of the Collinsville Historical Association and Museum.

Why, then, do some people believe there was a town named Toadsuck?

Alfalfa Bill was born in Collinsville and lived somewhere near the Toadsuck Saloon.

"And if you read anything about him, he always stirs up trouble,” said Shannon Roberts, co-founder of the Collinsville Historical Association and Museum.

Murray went on to become governor of Oklahoma, and in 1932, he ran for president on a campaign of “Bread, Butter, Bacon and Beans.”

"It was supposed to be here in town, in his hometown, where he announced that he was going to run for president,” Irelan said. “And things just didn't work out."

Collinsville was really excited that someone from their town was going to run for president, so they organized a huge homecoming.

There was food, fanfare and famous people. The city pulled out all the stops so that Murray could announce his candidacy.

They even built a monument for him that said 'Born in Collinsville.'

However, Murray showed up drunk. When they sobered him up, he saw that monument and had just one thing to say.

"He says, 'No, I wasn't born in Collinsville. I was born in Toadsuck,'” Roberts said. “And that made the people really upset."

"It was like a slap in the face,” Irelan said. “They were proud of him."

Alfalfa Bill disowned his hometown to say he was from Toadsuck, and as he campaigned across the country, he spread that lie from sea to shining sea.

"And here all these years later they're still arguing about it,” Roberts said.

Toadsuck was never a city in Texas, but it was the name of a saloon. So what on earth does the word toadsuck mean?

"They say you drink till you swell up like a toad,” Roberts said.

But it will never be as big as Bill Murray’s lie that still lives on today.