Not surprisingly, the name derives from frogs. But where did the "not" come from? 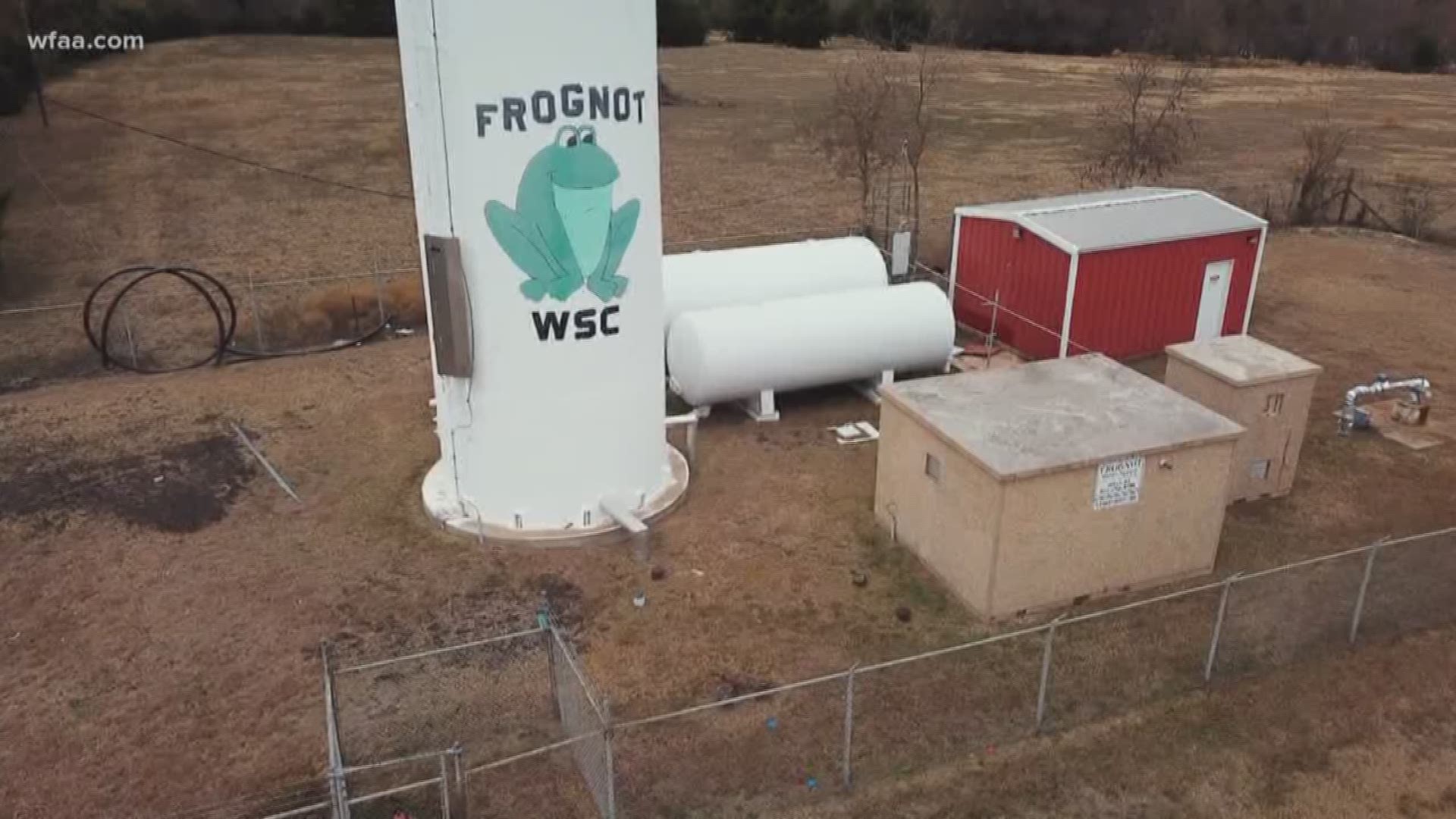 TEXAS, USA — It’s a small community, now a ghost town, but its name is still hopping.

Not surprisingly, Frognot, about 20 miles east of McKinney, got its name from frogs. But where did the “not” come from?

There are several stories, said Robert Todd, the general manager of the Frognot Water Supply Corporation.

All of them start at Pot Rack Creek.

The most popular story claims that any time it rained, frogs would appear from the creek, and whenever they did, the boys in town would catch those frogs and bring them to school.

“Just to scare the girls,” Todd said. “Just to show them they could catch them, more or less.”

But that didn’t last long.

The school-marm told the boys they had to stop bringing frogs to school, so from that point on, frogs were not allowed, thus Frognot.

One other theory is that the town’s name wasn’t Frognot, but Frognod. Why?

That’s because when the frogs go to sleep at night they’re very loud.

“Still on warm, rainy nights after it’s rained, especially, you can hear them croaking from miles around,” Todd said.

Because the frogs were loud as they would nod off to sleep, the town was called Frognod, which eventually became Frognot.

“I think there’s a tremendous amount of pride with those people that grew up here and know about Frognot,” Todd said. “When they hear Frognot, they can think, ‘Hey, that’s home.’”

Whether it’s Frognod or Frognot, it all comes back to frogs.

Now those frogs can finally sleep in peace because nobody is coming to try and snatch them up anymore.