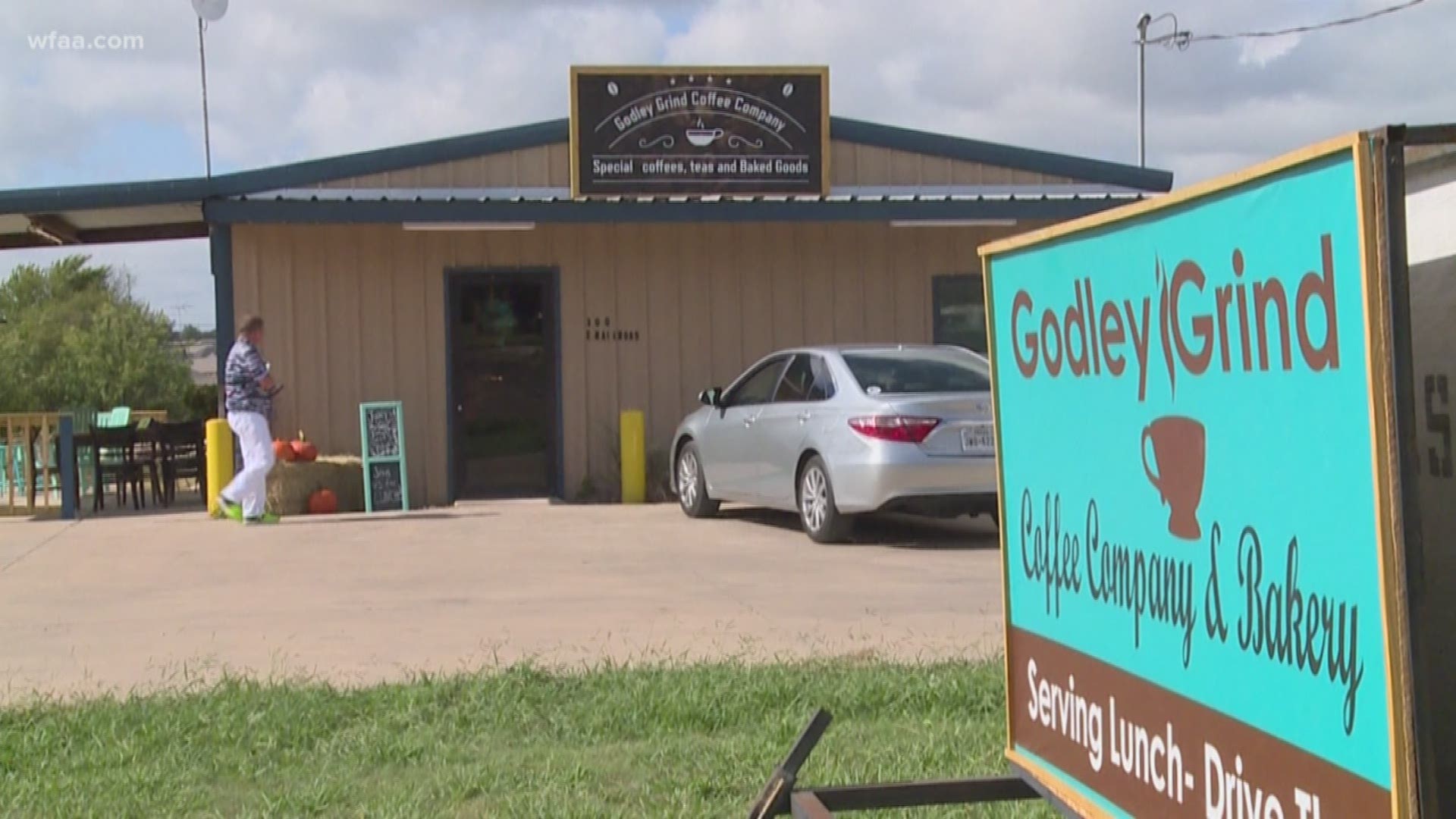 GODLEY, Texas — The Godley Grind Coffee Company in Godley has only been open a week, but for owners Deahl and Patti Rooks, it already feels like a home away from home.

“Any place that has coffee can do that for me,” Deahl said.

“I think when we added our dinner table here that was like the thing that just topped it off,” said Patti.

Their dinner table now sits on the patio outside the coffee shop -- on the bottom are the names of every child who’s been a part of their family.

As foster parents, Deahl and Patti have taken in more than 80 children over the years. They’ve even adopted 18 of them.

Their daughter, Hallie, was one of the first.

“I have no idea where I’d be [without them], and I really don’t even want to know,” Hallie said.

Many of the kids Patti and Deahl have fostered have never had a stable home. Because of that, they’re often emotionally far behind their peers.

“They have PTSD, they have anxiety attacks, so any pressure on them is going to be too much,” Patti said.

That can make it hard for many of them to hold down a job, which is why Patti and Deahl opened the coffee shop.

Almost every employee at the Godley Grind has been through the foster system. Patti and Deahl say most employers aren’t even willing to give these kids a shot.

“A lot of these kids just need a chance,” Deahl said. “They just want a chance.”

Related: If you're looking to adopt a foster kid, read our Wednesday's Child stories here

The Godley Grind is that chance.

The hope is that every kid learns the skills to land a job and to live successfully. But more than anything, it’s just one more chance for two loving parents to pour everything into these kids.

“It doesn’t matter how old you are, you need a family,” Deahl said. “And if we can be a family here, even if you’re here just for eight hours, three days a week, whatever, you’re still going to be part of our family.”

The Godley Grind, where something good is brewing.