Want to walk on the moon? Head to Jacksboro for a high-tech, out-of-this world journey

The installation is scheduled to open in the spring of 2021 and will set a Guinness World Record. 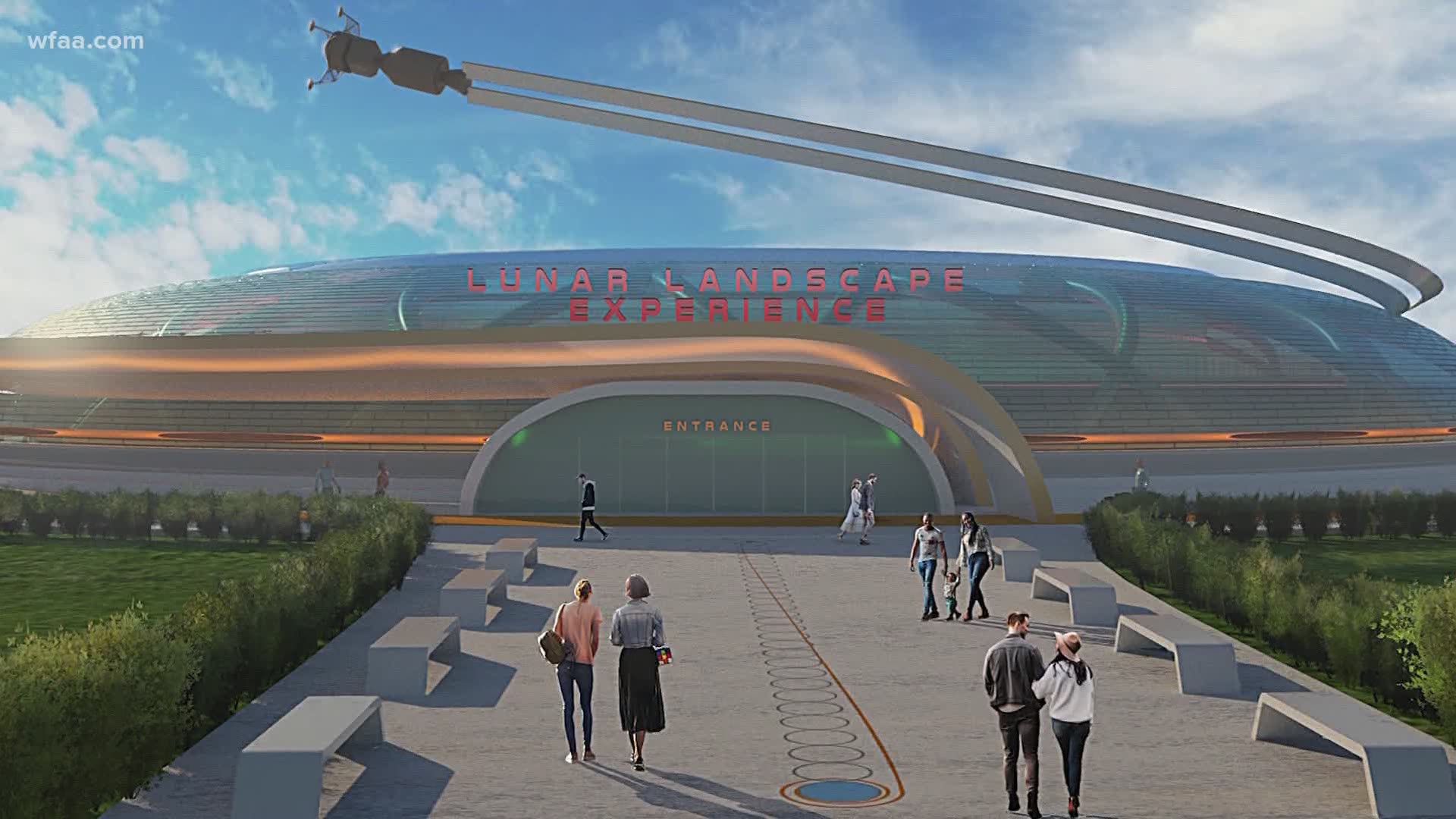 JACKSBORO, Texas — Ever since newer and nicer facilities were built, the old athletic facilities off of Highway 59 in Jacksboro have been in a permanent off-season.

Overgrown and broken, city officials had no idea what to do with all the vacant land for nearly a decade, until a company came forward with a suggestion that was out of left field.

“We thought it was a crazy idea, but we’ve grown into it and recognized it’s something positive,” said Jacksboro city manager Mike Smith.

What was the crazy idea? Taking people to the moon.

Like Neil Armstrong first did 51 years ago, visitors to the old Jacksboro ball fields will soon be able to walk on the lunar surface. At least, an enormous image of it.

The company, called Back to Space, plans to build a 25,000 square-foot map of the moon on the unused land.

“We’re trying to inspire people and educate them at the same time,” said Michael Gorton, the CEO of Back to Space and its co-founder.

The map is called The Lunar Landscape and Gorton says, once complete, it will set the Guinness World Record as the biggest map on earth.

Credit: Back To Space

Even more impressive, there will be more technology available than on the rocket that launched America to the moon.

“You can walk out on this concrete slab and explore the Apollo 11 landing site or get a selfie with Neil Armstrong or Buzz Aldrin,” Gorton said.

They plan to break ground in August and are targeting a spring opening date.

But why are they doing it in Jacksboro, a town of less than 5,000, and nearly an hour north of Fort Worth?

“Essentially what we’ll do is have rocket competitions,” Gorton said.

Those competitions will allow people to launch homemade rockets from roughly 1,000 feet away and try to land them inside The Lunar Landscape. Competitors will attempt to touch down on the same landing locations as the Apollo missions.

“You can’t do that in the city because you have air traffic,” Gorton said.

Gorton explained the entire purpose of building The Lunar Landscape is because too many people have lost interest in space. He says the United States accomplished more during the Apollo program than in the entire history of mankind.

He believes if a child is inspired to reach for the stars or to chart a brighter course for our future, it will all be worth it.

“If we can get that one person to stand up and say, 'I went there and it inspired me,' wow, that’ll give me an extra 10 years of life,” said Gorton.

Someday, someone will walk on Mars, and it might just be because their dream was launched in Jacksboro.

To learn more about Back to Space or The Lunar Landscape, visit www.backtospace.com.