Udderly ridiculous: Rooftop cow sets a mask-wearing example for others

Why's there a cow on the roof? The family that put it there says "why not?" 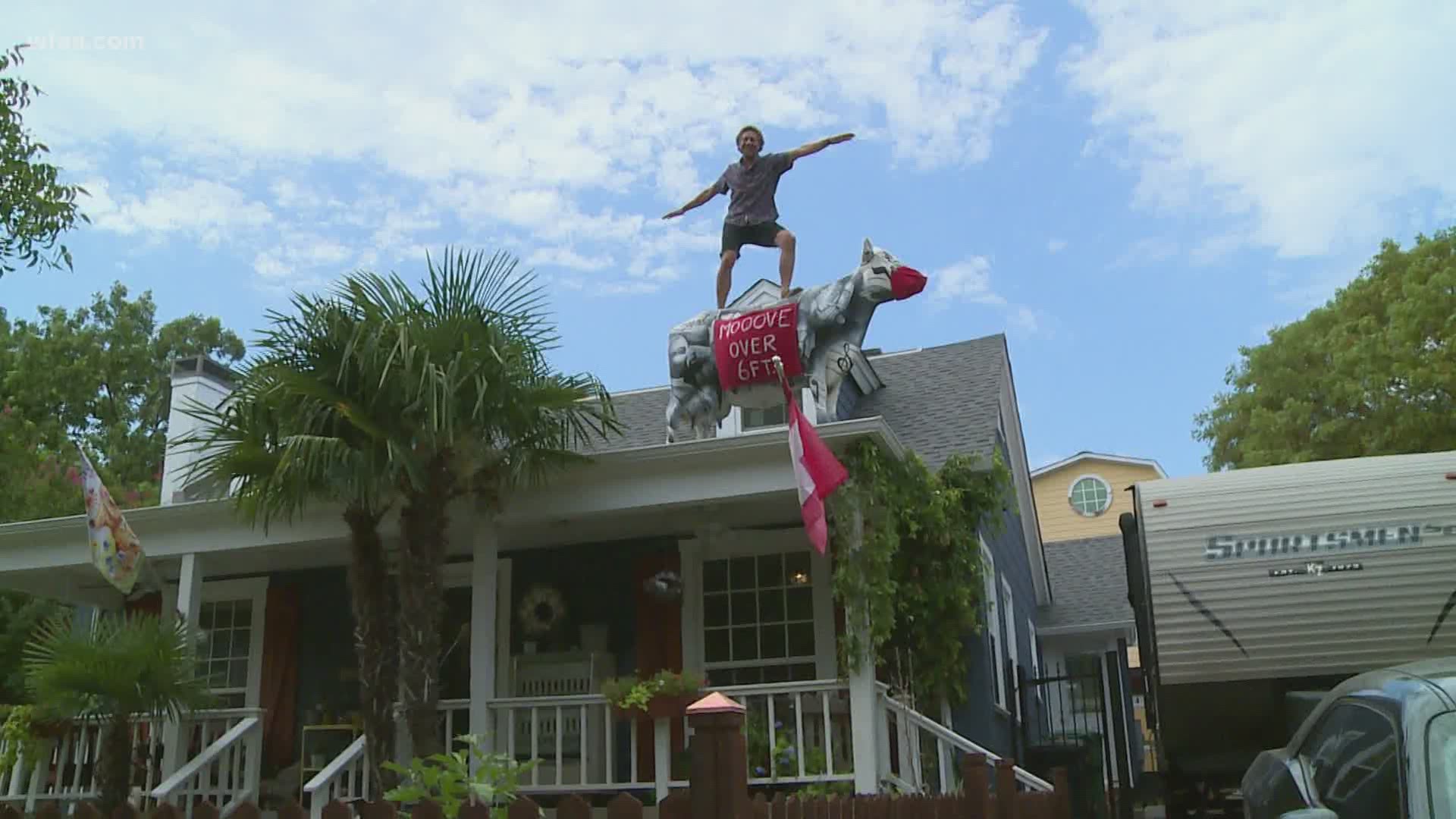 FORT WORTH, Texas — It’s not unusual to find a cow in Cowtown.

But finding one on the roof of a house? That’s udderly ridiculous.

“Who would not have a cow on their roof,” said homeowner Donna Lassker.

Lassker, a high school art teacher, says one of her former students got the cow as part of a contest.

The student was tasked with painting art on the side of the life-size cow. In this case, it was decorated with images of influential black musical icons like Ray Charles.

Eventually, though, the student moved on and the cow stayed behind.

For years, it gathered dust in the school basement until Donna’s husband, Jan Lassker, suggested they bring it home and put it on the roof.

“There’s a whole lot of quirky things that are initiated by either of us,” Jan said.

That helps explain why he often hops on the roof to “surf” on top of the cow.

However, having a beautiful bovine on the roof isn’t as glamorous as you might think.

“She comes with a responsibility,” Jan said. “You can’t just have a cow up there.”

Otherwise, people might have a cow on the ground.

Jan and Donna say, every day, visitors stop by pretty expecting their cow to change with the seasons. Even Fort Worth Mayor Betsy Price has dropped by.

Their cow has been a witch on Halloween, one of Santa’s rein-cows for Christmas, Uncle Sam on July 4 and now, a responsible mask-wearing member of the herd.

“Because we’re in a pandemic and you know what?” Donna asked. “She’s not exempt from it.”

Donna and Jan say wearing a mask is important for stopping the spread, but even more important is being able to spread kindness.

“You can be having the worst day ever and something makes you smile and it changes your whole day,” Donna said. “So if we bring joy to even one person, it’s totally worth it.”

That’s why they’ve already begun hatching their next plan.

More to make you smile: