'Organs have no color': Families connected after life-saving transplant prove life is more beautiful together 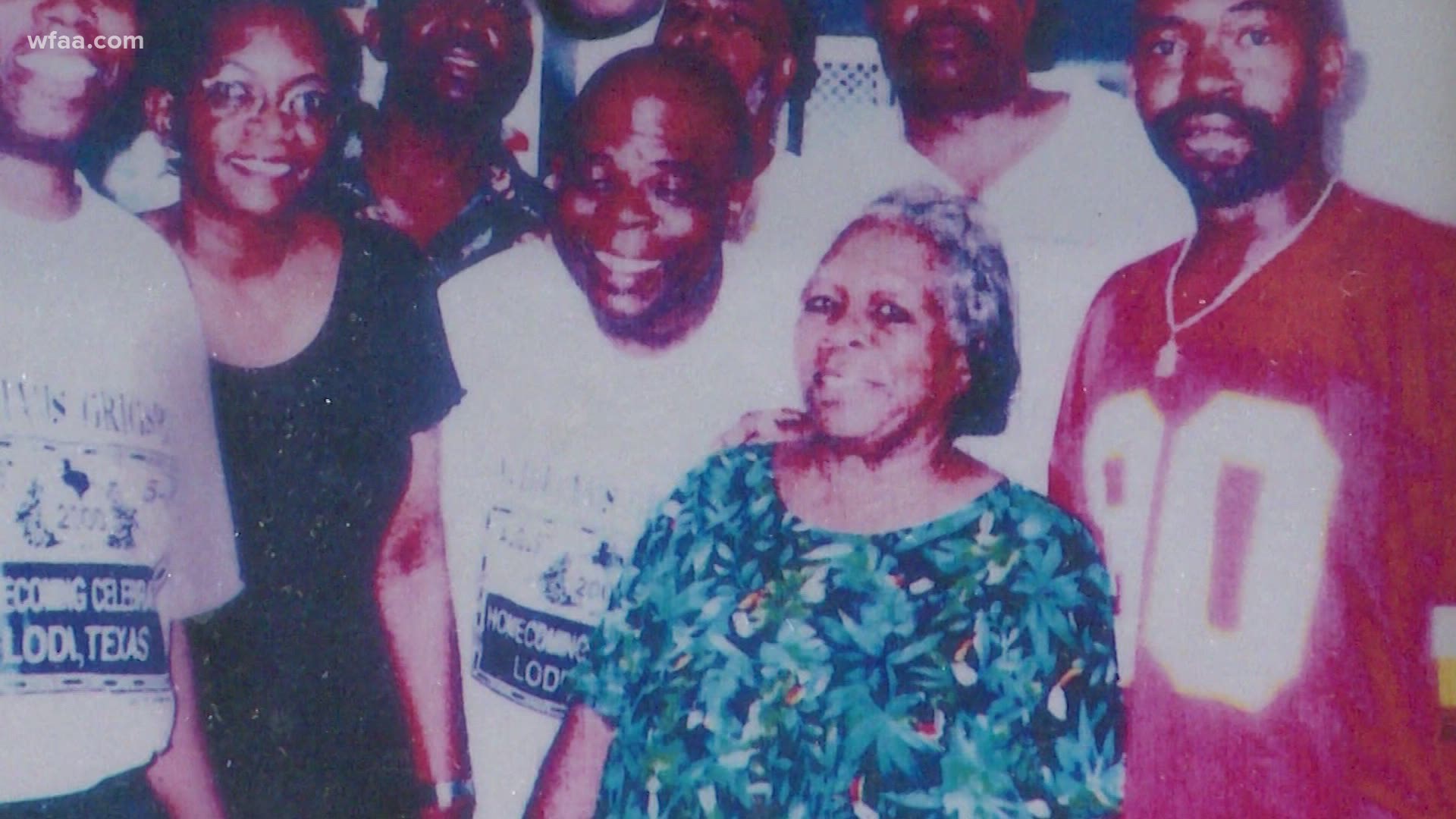 For more than a month, millions have protested, hoping to finally break down America’s racial divide.

She never knew the thousands of people who passed by on the train tracks next to her house every day, but she loved them just the same.

Lula Washington had a heart for everyone.

“If you needed anything, and she had it to give, she would give it to you,” said Celleste Wallace, Lula’s daughter.

To her children and grandchildren, she was quite literally an angel.

So when she died of a heart attack back in 2007, they had a hard time finding closure. Until a letter arrived in the mail.

“Oh yeah. When we got that letter, that did it. That turned everything around,” said Wallace.

“It made a difference when we got that letter,” said Lula’s son, Ed Washington. “That made the difference.”

The letter was from a woman who lived 80 miles away in Sulphur Springs.

For two and a half years, she waited for a transplant before deciding she’d waited long enough.

Not long after telling God she was ready to die, doctors told Chester they’d found a donor. She was thrilled, but also devastated.

“I knew that someone had lost a family member for me to live,” she said. “I can remember just coming home, sitting in the chair and crying. It was just so emotional.”

Chester’s angel was none other than Lula Washington.

Washington’s children didn’t even know their mom was able to donate her organs. She was a 79-year-old Black woman, which is why they were caught off-guard when the doctor asked if they’d like to make her a donor.

Chester, a white woman, says she couldn’t have been more thankful. Although, at the time, she had no idea who had saved her life.

When a patient receives a transplant, he or she has the option to write a letter to the donor’s family.

Every time Chester tried, she’d break down in tears. Eventually, though, she was able to dictate her thoughts to a friend and then write them down for Washington’s family.

“I wanted them to know what a gift they had given me,” Chester said. “How do you say with all my heart, cause it’s really more than that. It’s all my life. I love ‘em with all my life.”

However, in these situations, families aren’t obligated to respond. If they don’t, their identities are kept confidential and they never meet the transplant recipient.

Still struggling with the loss of their matriarch, Washington’s family received the letter a few months after the transplant.

“I said, ‘There’s something special about her,’” Wallace said.

After sending that letter, Chester was welcomed with open arms.

In the 13 years since the transplant, she has joined the family for church, family reunions and gotten a whole lot more than a new liver.

“I got a whole new family,” said Chester. “I’ve never been around these people that I didn’t love every minute of it.”

Chester says it’s a kind of love we all need right now.

During times like these, we like to say it’s what’s on the inside that counts. But too often our words never go further than skin deep.

However, when we look beneath the surface, we don’t see black and white. We find a love that is uniquely human.

“When you open a person up, if it’s supposed to be pink, it’s pink in me and it’s pink in you too,” said Washington’s granddaughter, Cherlyn Ruth.  “Organs don’t have no color. If people would just get to that point, we realize at the end of the day we truly need each other.”

Because we may be able to survive on our own, but we need each other to truly live.