Officer Trainee Michael Morey II wanted to experience community policing on July 4th. One moment with a reluctant resident shifted as Morey picked up her guitar. 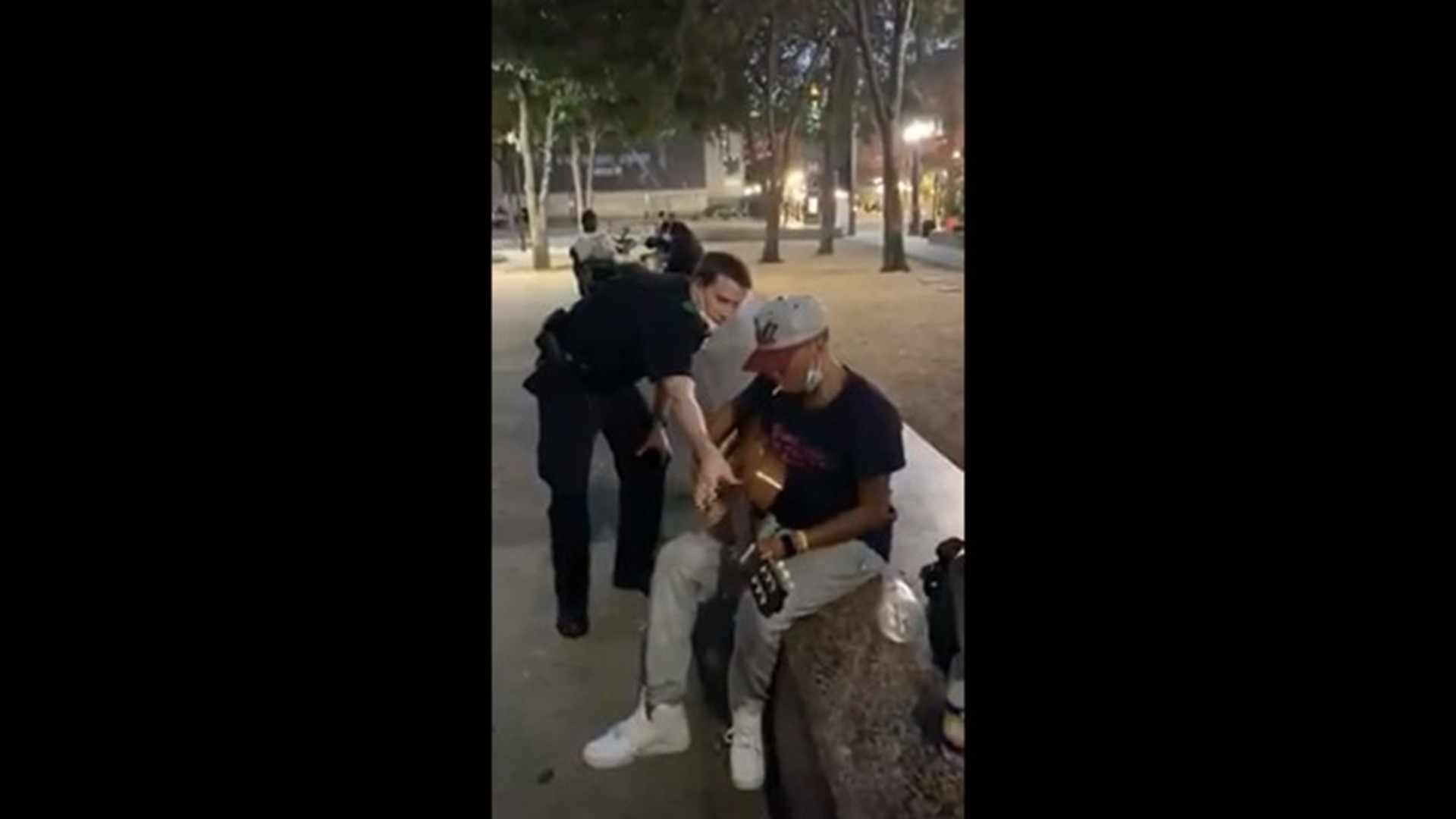 DALLAS — A Dallas police officer trainee recently got a unique lesson in community policing while on the beat in downtown’s Central Business District.

Officer Trainee Michael Morey II was working with Senior Corporal Larry Bankston Jr. on July 4, when he noticed a homeless woman walking with a guitar. Morey wanted to strike up a conversation.

Little did Morey know, music would be the magic helping to break barriers between him and a stranger that evening.

"I followed her and she initially was really resistant,” Morey recalled.

The police trainee has only been with the Dallas Police Department for about two months.

"He was very interested in how I’m able to establish relationships with the community,” Bankston said.

Morey found that making connections with some members of the community takes work.

"Soon as he approaches the young lady, he says, ‘So you play guitar?’ And she immediately responds with, ‘I don’t “F” with police.’ Like real aggressive,'" Bankston said.

Morey didn’t give up. Music is part of his passion. He holds a PhD in Musicology and a Doctorate of Musical Arts, both degrees from the University of North Texas.

That is when things started to change. The woman started playing the guitar. The instrument was out of tune. Morey offered to tune the guitar, while she was strumming a song. The woman’s friends, and a crowd of spectators began crowding them.

Bankston was filming the moment on his cellphone. Morey didn’t know.

“He didn’t give up,” Bankston said. “I was impressed with his tenacity.”

The officers said about an hour later, the same woman tracked them down and asked them for help. This time, they said her tone was different. She told the officers a man had stolen her bag.

"She came up to us, and she treated us almost as like we were best friends,” Morey said.

The officers were able to retrieve the woman’s bag and make an arrest.

To think, on that day, it all started with an officer in training using music to help gain a community member’s trust.

"I did feel that, at least, by the end of that conversation, we were going to be better off. Both of us,” Morey said.