Instead of gifts, Waxahachie high school graduate asks for help feeding the hungry

Jaxon Smith has given up gifts for two years in order to help. 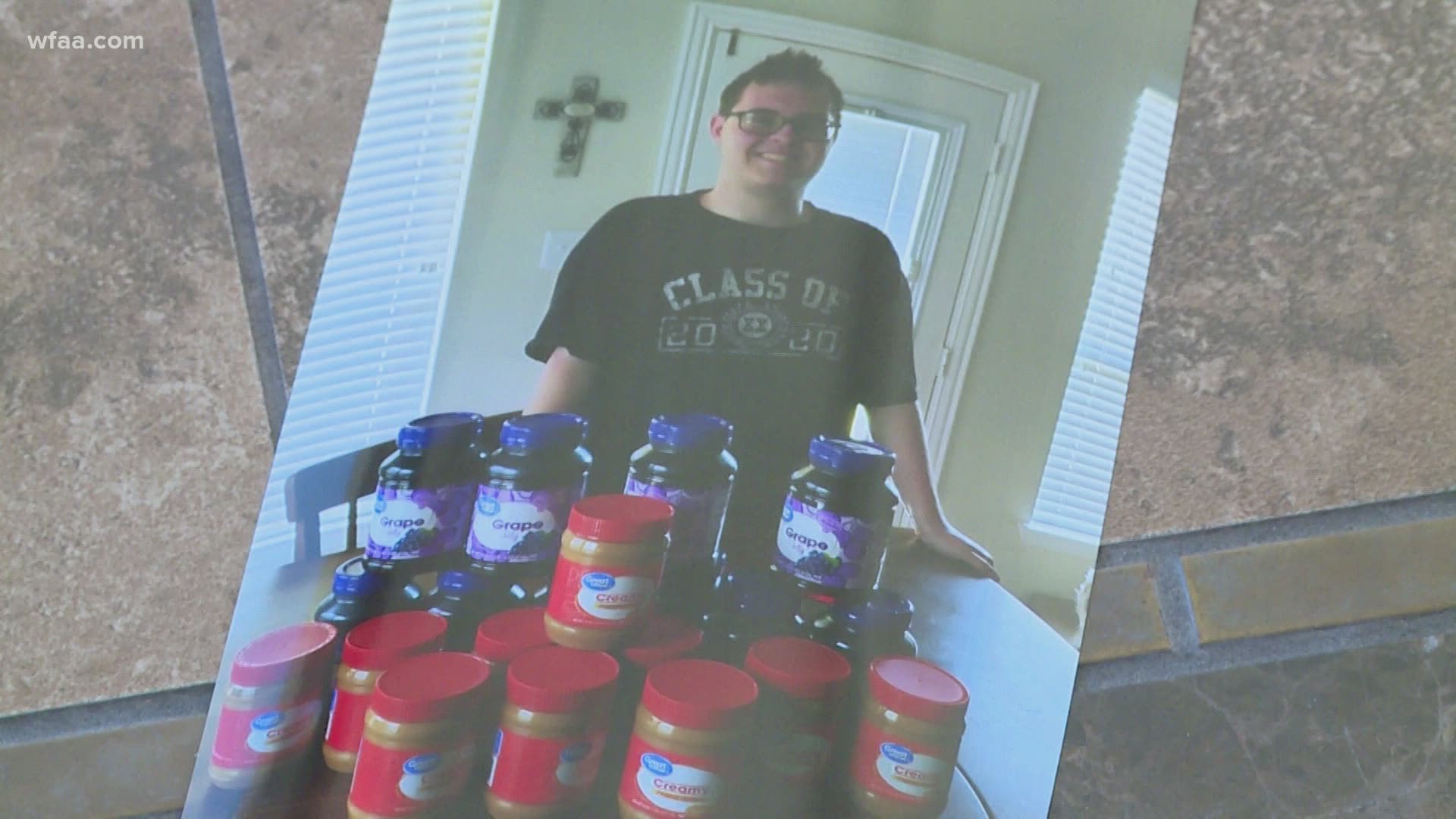 For a lot of graduates, the only thing better than finishing high school is the plenitude of presents that follow.

But not for Jaxon Smith from Waxahachie Global High School.

“A part of me, it just makes me feel uncomfortable for some reason,” Smith said. “I prefer to give than to get.”

Smith’s big heart can be seen in a little box on 5th Street in Waxahachie.

That’s where the Waxahachie Little Pantry sits. It was built by Sonny and Kay Sides. However, they say the need goes far beyond the shelves.

“I can’t keep enough food out there,” Sonny Sides said. “There’s just so much need.”

Occasionally, they deliver food to anyone unable to make it to the little pantry and a couple years ago, Smith volunteered to help.

“I didn’t realize how big the need really was,” he said. “You can drive by a house and not see the life that’s going on inside. There could be people that are in desperate need of things.”

That’s why, for graduation, instead of gifts, Smith asked for donations to help restock the pantry.

But this isn’t Smith’s first act of charity. For the past two years, whether it was a birthday or Christmas, he has given up gifts in order to give to those in need.

For graduation alone,  he collected more than $700 to feed families all over Waxahachie.

But, the Sides say, what he’s truly given this community is invaluable.

“It’s hard to say how many people have been reached by his help alone,” Sonny Sides said. “I think he’s one in a million.”

“I just want the world to be as good as it possibly can,” said Smith. “I want to be able to make as an impact as I possibly can by giving.”

That may be the greatest gift of all.