'We all need a lot more Ericas in the world': Mom thanks flight attendant for befriending son with autism 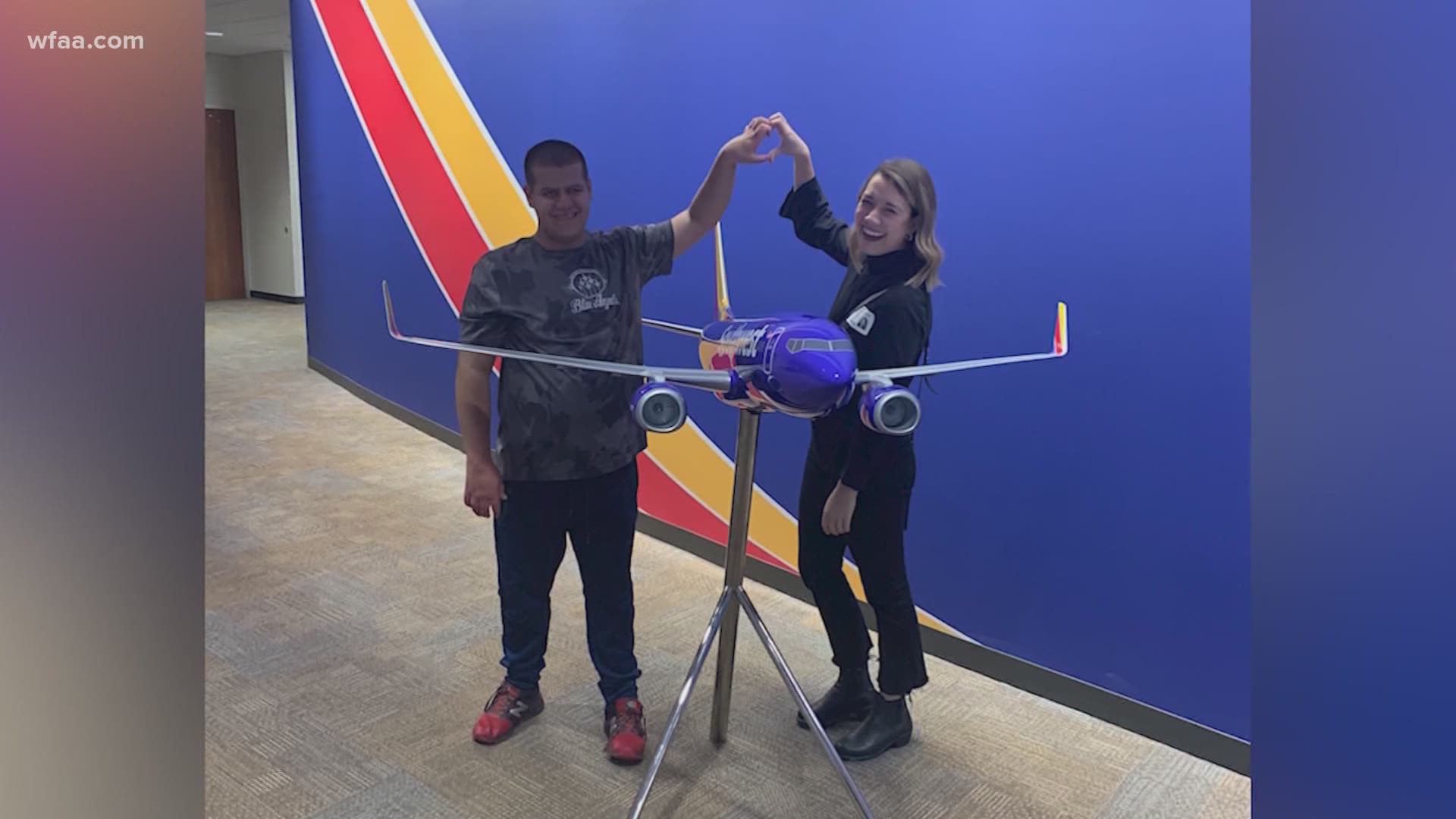 Thanks to the pandemic, graduates of Central High School in Keller were only allowed a handful of guests during ceremonies at Globe Life Field.

For Garrison Christy that included his closest family, friends and favorite flight attendant.

“Just a few minutes on a plane changed his life in getting this amazing friend,” said Renee Christy, Garrison’s mom.

Garrison is autistic. He loves airplanes. He has books, plane figurines and has been to flight shows all over the country.

Last year, on a flight from Chicago to Dallas, he decided to tell Southwest Airlines flight attendant Erica Connally all about planes.

“Garrison just zoned in on her and wanted her attention full time before we had to take off,” Renee Christy said.

“I love planes also so I was excited to interact with him and let him tell me everything he wanted to share about flying that he loves so much,” Connolly said.

However, when the flight landed in Dallas, they didn’t even get to say goodbye. They all went their separate ways, expecting they’d never see each other again. Until the next day, when Garrison got a delivery at school.

It was a book with a note that read, in part, "I was your flight attendant. My dad is a pilot. We really love airplanes too. We found this old airplane guide and I thought you should have it."

After their flight landed the day before, Connolly visited her parents, who also live in Keller, and saw that airplane guide lying around. Her dad, a former Air Force pilot who now flies for American Airlines, intended to throw it away the next day.

“It’s true,” Connolly said. “I always try to be just a little bit kinder than is necessary. I think if more people took that approach in life, the world would be a little bit of a better place.”

“Not everyone can be as nice and understanding so for her just to do that, just seemed so amazing,” she said, fighting back tears. “I don’t think she realized the impact [the books] were going to have on Garrison.”

Renee says Garrison takes the books everywhere he goes. She says he’s learned a lot not only learned a lot more about airplanes, but it’s improved his reading and speech too.

Since then, Garrison and Connolly’s friendship has reached a whole new altitude.

Garrison got to see inside a Southwest flight simulator and Connolly’s dad let Garrison wear his Air Force flight suit.

It all meant so much to Garrison, he didn’t even hesitate when he was told he could only invite five people to graduation.

“Before he even got to a family member, his first selection was Erica,” Renee said.

Any flight attendant can make a passenger feel safe, but only a special few can make them feel loved.

Imagine the places we could go.