The mural will be displayed near the spot Dr. Martin Luther King spoke during his only visit to Fort Worth in 1959 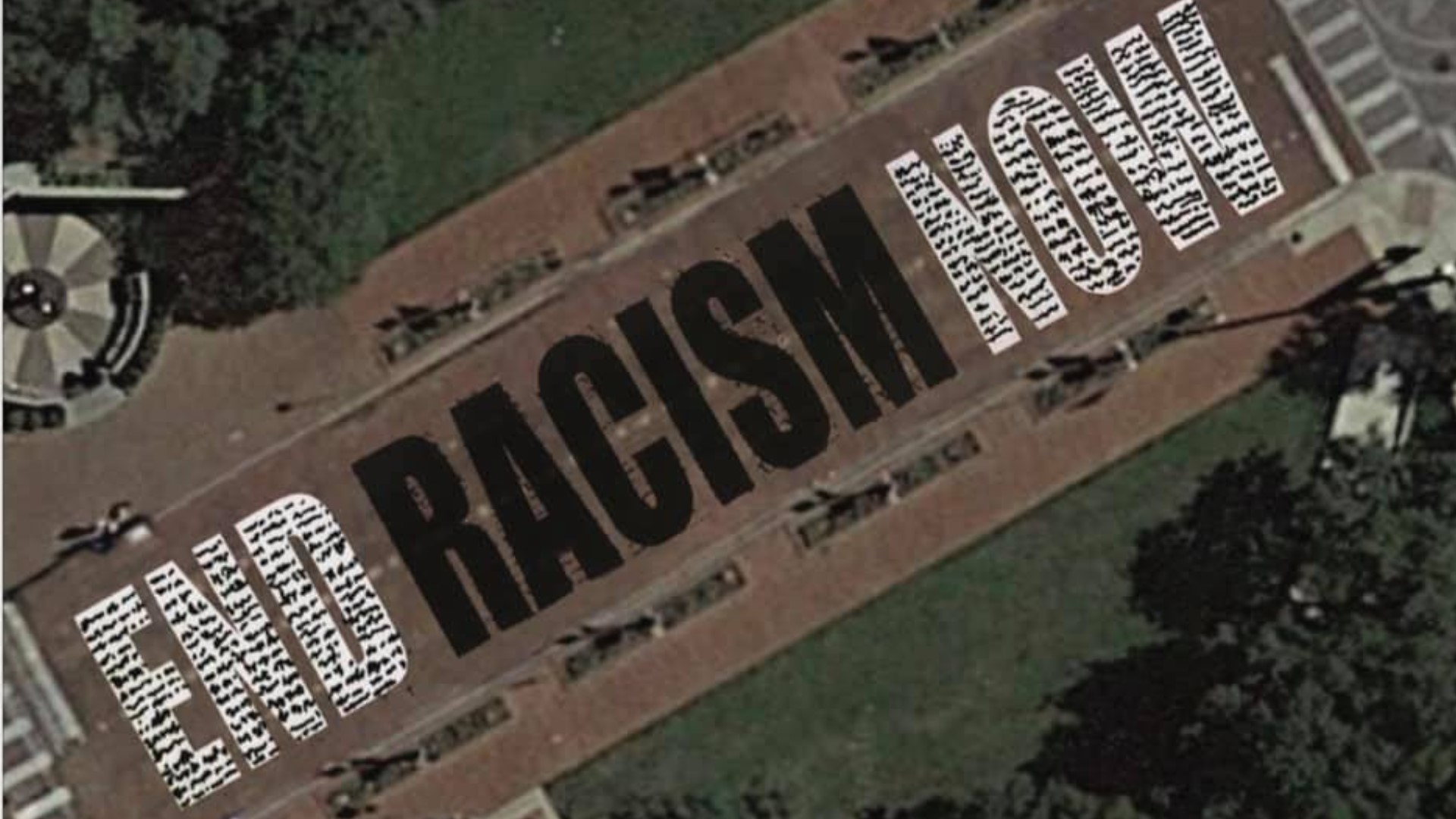 Professional artists Sedrick and Letitia Huckaby have created many important pieces, but this is one they wish they didn’t have to.

“Of course, of course,” Letitia said. “You wish things were different. I think during this time it becomes more and more apparent just how much this message needs to get out.”

That message is resonating perhaps louder than ever.

By the end of the weekend, the words “End Racism Now” will cover a small stretch of Main Street in Fort Worth, just steps from where Dr. Martin Luther King Junior spoke in 1959. It was Dr. King’s only visit to the city.

The current art project, located between 8th and 9th streets, was commissioned by 68-year-old Deborah Peoples.

Inspired by people like Dr. King, Peoples immersed herself in the civil rights movement and once marched through the streets of Fort Worth. She says she’s no longer able to join in the protests, but wanted to do something to show support.

“I’ve been fighting this for 50 years and we’re still in the same place we were 50 years ago,” she said. “But I think what’s different is that we’re seeing all people of all races come out and participate in the marches.”

With the city’s blessing, Peoples asked Sedrick and Letitia to design a mural that would fill the street and then put out a call for volunteers.

More than 250 people responded in less than two days. In order to maintain proper social distancing, Peoples had to cap the amount of volunteers after getting that many responses.

They’ll work together to finish the mural on Saturday.

“We have to make sure we’re on guard to dismantle these oppressive systems,” Peoples said. “I’ll be fighting for justice until the day they put me in the ground.”

A fresh coat of paint will not cover decades of racial injustice.

The challenge will be when the paint washes away, will it finally reveal that we’re ready to move forward?

“The mural is not going to change the world, but it’ll help us move in that direction a little more,” Sedrick said.