The county says the statue will be re-interpreted for educational and historical purposes at another Denton County location. 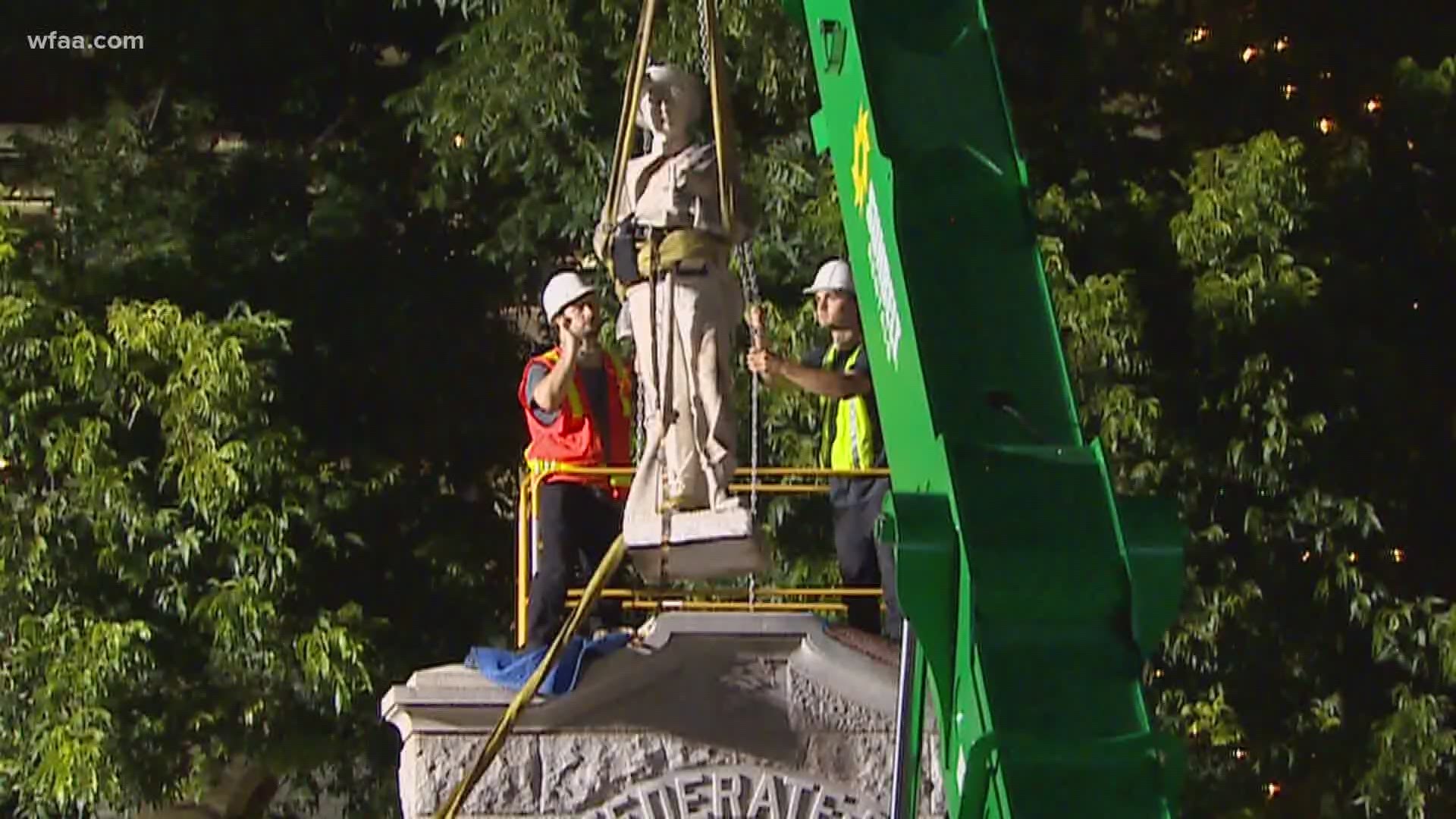 A statue of a solider is the latest Confederate monument to be removed in North Texas.

City officials say the statue was removed Thursday morning from the Courthouse-on-the-Square for public safety reasons.

“As we watched the news reports of other artifacts removed or destroyed across the nation, we came to believe the time had come for action," said Denton County Judge Andy Eads.

"Especially after the destruction of historical elements at our own state capitol, and closer to home when our All War Memorial on our courthouse lawn was desecrated,” he said.

The county says the memorial will be re-interpreted for educational and historical purposes at another Denton County location, according to a news release.

The monument went up in 1918 and was funded by the United Daughters of the Confederacy.

The Denton County Courthouse-on-the-Square Art Committee says it will reconvene in the upcoming months to review options on where to display the memorial.

The art committee says it will continue its mission of adding historical context to the Memorial.

"The committee will recommend historical context to tell the history of slavery in America and its causal impact on the Civil War as well as a description of the African American experience related to the legacy of the Civil War at the time of the memorial’s initial construction in 1918," according to a news release.

RELATED: Statues toppled, defaced throughout US in anti-racism protests

In a written statement, Eads acknowledged similar measures being taken across the country.

“There is an overwhelming sense that the deep consciousness of America has been touched by recent events as demonstrated by civil unrest across the country and vandalism and destruction of statues and monuments representing the broad spectrum of American history,” he said.

The recommendations from the art committee will be presented to the Denton County Commissioners Court for consideration.

If approved, the recommendations will be forwarded to the Texas Historical Commission for final approval within the next year.

The memorial is now in county storage.