Opal Lee, 93, is a trusted African American voice in Tarrant County whose home was burned down because of her skin color in the 1930s. 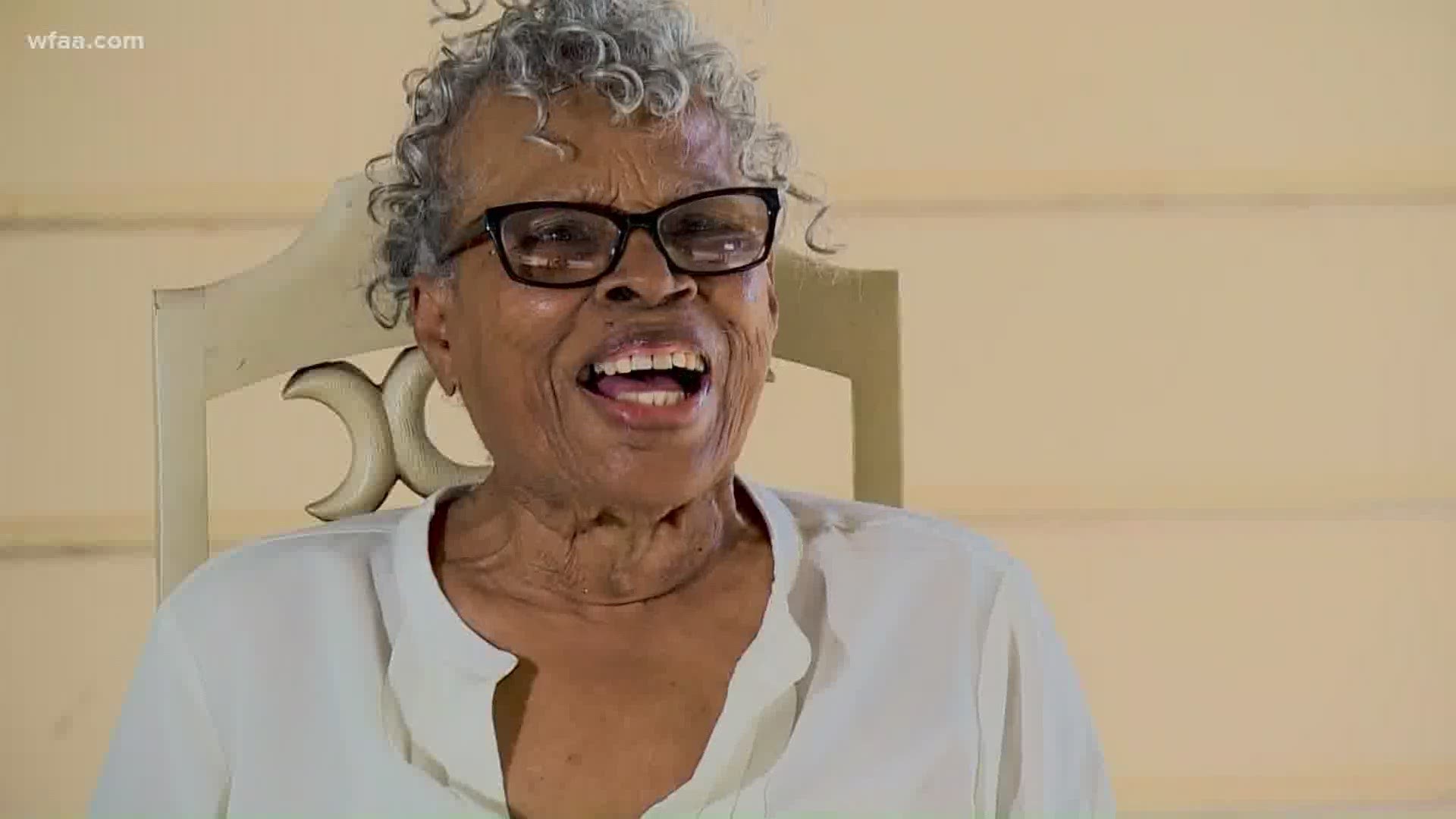 FORT WORTH, Texas — The U.S. has been engulfed in both protests and a pandemic, as the nation comes to grips with the death of George Floyd, along with the deaths of so many other African Americans at the hands of police.

It is an unprecedented chapter in America's history -- one that has many searching for solutions and personal direction.

So, on June 19 or Juneteenth, a day widely celebrated across America as the official end of slavery, there is much more meaning and distinction than before.

Meaning and distinction that 93-year-old Opal Lee has been fighting to grow, for years.

"We seem to be getting some traction," Lee told WFAA. "It's marvelous."

Lee is a trusted African-American voice in Tarrant County, one that has helped regularly organize local Juneteenth celebrations for decades.

She's fighting to make Juneteenth a national holiday, a holiday that commemorates the 1865 announcement of the emancipation of final remaining enslaved African Americans in the Confederacy.

RELATED: The history behind the holiday: 15 things you may not know about Juneteenth

That announcement happened in Texas, one of the more remote Confederate states that had lagged in enforcing the Emancipation Proclamation following the end of the Civil War.

Lee has also helped create the Tarrant County Black Historical and Genealogical Society. That group works to preserve the history of African Americans in Fort Worth.

She also runs her own farm called 'Opal's Farm' that works to bring produce to Tarrant County's food deserts or places that lack locations for fresh foods.

Every year, Lee makes it a point to try and walk 2.5 miles in Fort Worth. That number is significant because it marks the number of years slaves in Texas, and across the south for that matter, had to wait to be freed following the signing of the Emancipation Proclamation.

At 93, Lee is sharp as a tack. She sat in a chair outside her home during her interview with WFAA, wearing the sneakers she would eventually walk in during her Juneteenth march this year.

"These (shoes) right here! Haha, they're broken-in!" Lee said. "I've been walking in these for a long time. They know the way."

Juneteenth has a special place in Lee's heart. But it also reminds her of the flagrant injustices she and her family faced when moving into a new home in Fort Worth.

"The folks in the neighborhood didn't want us there, and they burned that place down," Lee said. "My father came with a gun and the police told him that if he 'busted a cap' then he would let the mob have him."

Lee and other family members were up the street taking refuge when the house was ignited.

Yet, she carries no resentment about what happened.

Take a moment to read that again.

Lee to this day said that she's focused on the positives and rebuilding after what happened. She referenced her grandmother who raised 19 children, when it came to moving forward.

"I never heard her complain about anything," Lee said.

The only thing in Lee's soul is a dream, a dream that African Americans can have a better life in this country.

That dream has never been louder in America right now, and Lee knows it.

She says it can begin, with the nation recognizing Juneteenth for what she sees it as--a national holiday. 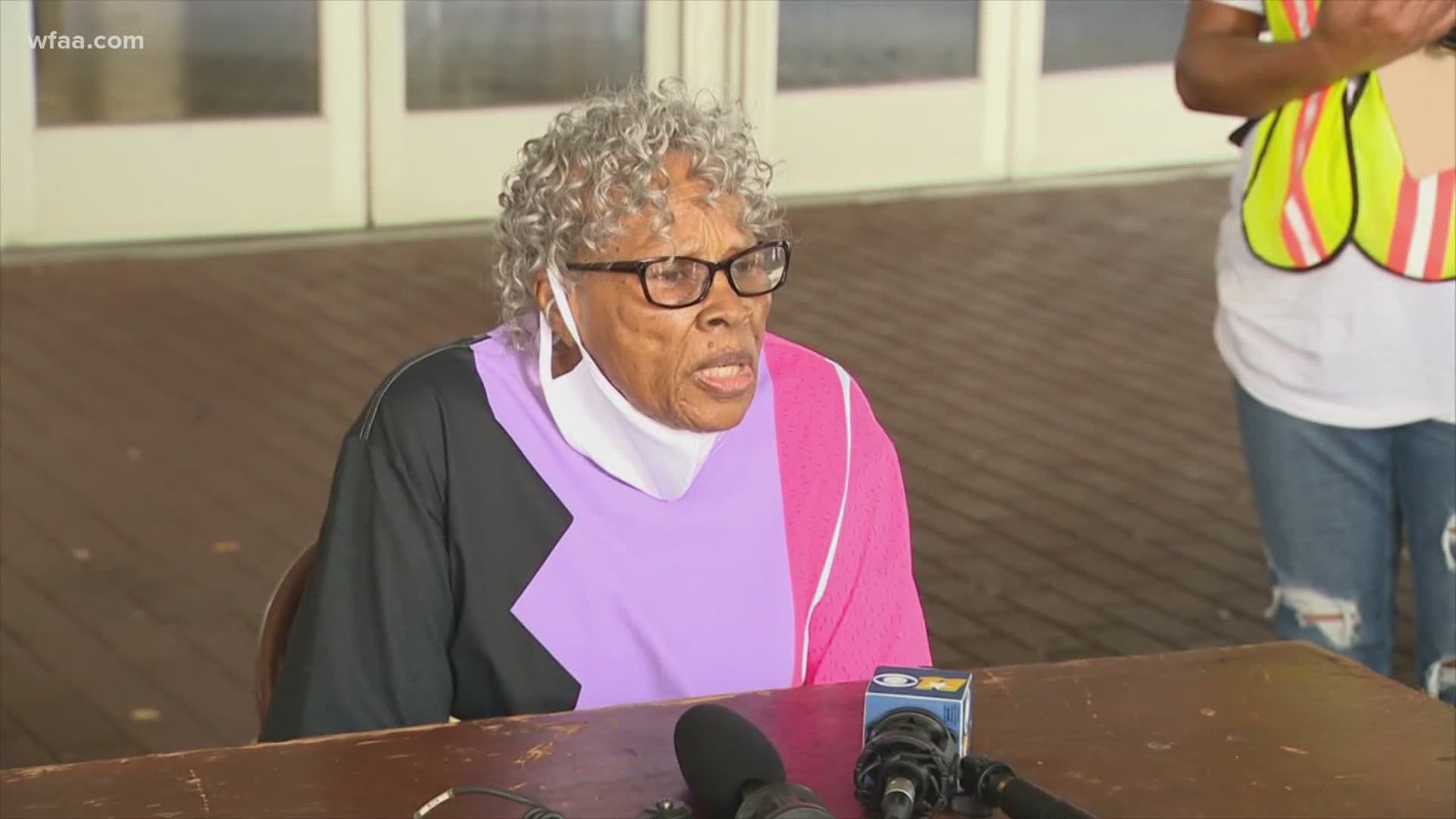 Right now, at least 47 states recognize Juneteenth as a holiday.

"Just put it on the calendar, like Presidents' Day," Lee said.

In the wake of Floyd's death, corporate America, sports teams, and a number of other entities have vowed to make Juneteenth a company holiday.

That fact, the information that has flooded social media about the holiday and those celebrating Juneteenth more than before, brings a smile to Lee's face.

"I've never lost hope," Lee said. "I think this is the time. I think our time has come."