'Some families will never be the same': Recovery from Dallas tornado split along economic lines

The victims who can afford to bounce back are already well into recovery mode after Sunday’s tornadoes. But those with limited means need a lot of help. 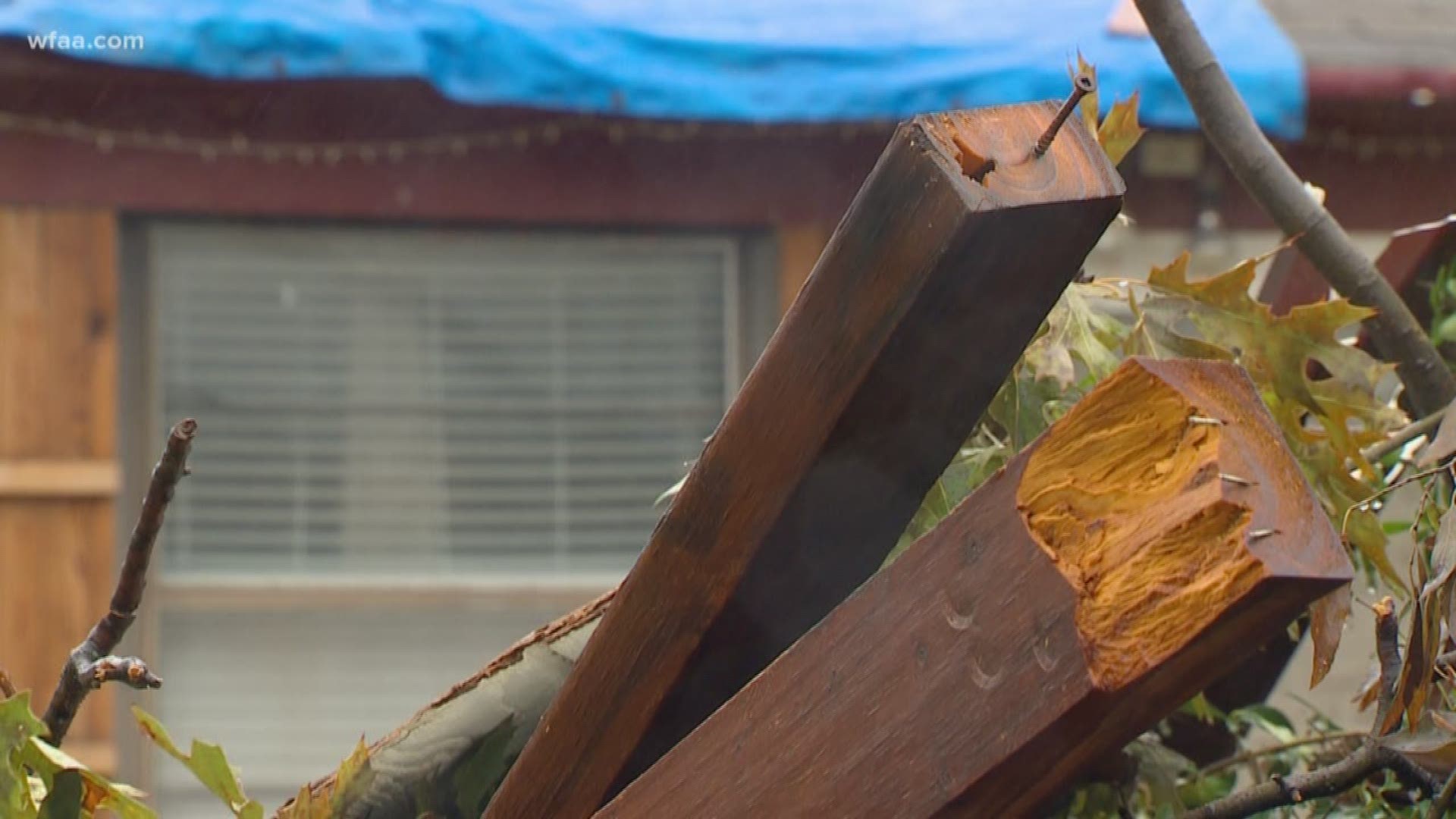 Between piles of debris and pools of standing water, many homes are draped with tarps and windows are covered with plywood.

But the experience for victims can be strikingly different.

Martha Vega, her husband and son live with Vega’s parents in the house she grew up in on Constant Street, near Marsh Lane and Walnut Hill Lane.

The home belonged to Vega’s grandfather.

Friday afternoon, despite being covered in tarps, raindrops fell onto hardwood floors that had just been installed. The ceiling had caved in on most rooms. Belongings they hope to save are stuffed into trash bags and plastic bins by the front door.

The Vegas have insurance, which is covering the cost of a hotel, but Martha Vega said they still don't know how much help they'll get repairing the storm damage.

“We live check to check,” she said, “and this is an expense we weren’t expecting.”

Two and a half miles east of Constance Street is Preston Hollow, where it would be unlikely to find anyone who is uninsured.

Maintenance crews with chainsaws were hard at work clearing out trees on Friday on Strait Lane.

Large moving trucks lined cul-de-sacs, and workers loaded them up with furniture and personal belongings salvaged from the damaged multi-million-dollar homes.

“When you have the means and the network, you can pull resources from everywhere,” said Ricardo Brambila, the director of Buckner International Family Hope Center in Bachman Lake. “But when you are in need and you don’t have the network or the resources, it’s the nonprofits that have to walk beside you.”

Vega said her neighborhood will have to rely on agencies like Buckner International for months to come.

“If it was not for the nonprofits, I don’t know what we would do over on this side,” she said. “I know a lot of families that have no insurance and they need help."

Brambila is prepared for what will likely be a continual struggle for many of the 4,000 families Buckner International serves at its Bachman Lake facility.

“Some families will never be the same,” he said. “When you have limited funds, it is harder because it creates such distress.”

But, Brambila added, these families have much to be grateful for.

“We can say it’s been a good week because there was no loss of life,” he said. “The best of humanity comes out and you realize what is the purpose of life.”

As the tornado hit on Sunday night, Vega said her 8-year-old son grabbed his rosary and began to pray.

She believes the faith that protected her family then, will guide them in the future.

“God never gives us anything we can’t handle,” she said. “I’m sure if this happened, he has a plan for us.”

RELATED: 'It just crushed me' says Dallas man who held on for life as EF3 tornado passed over him

RELATED: Faith tested, but not taken, as churches destroyed by North Texas tornadoes