That $2 billion makes Sunday's tornadoes the costliest in Texas' history, according to the ICT. 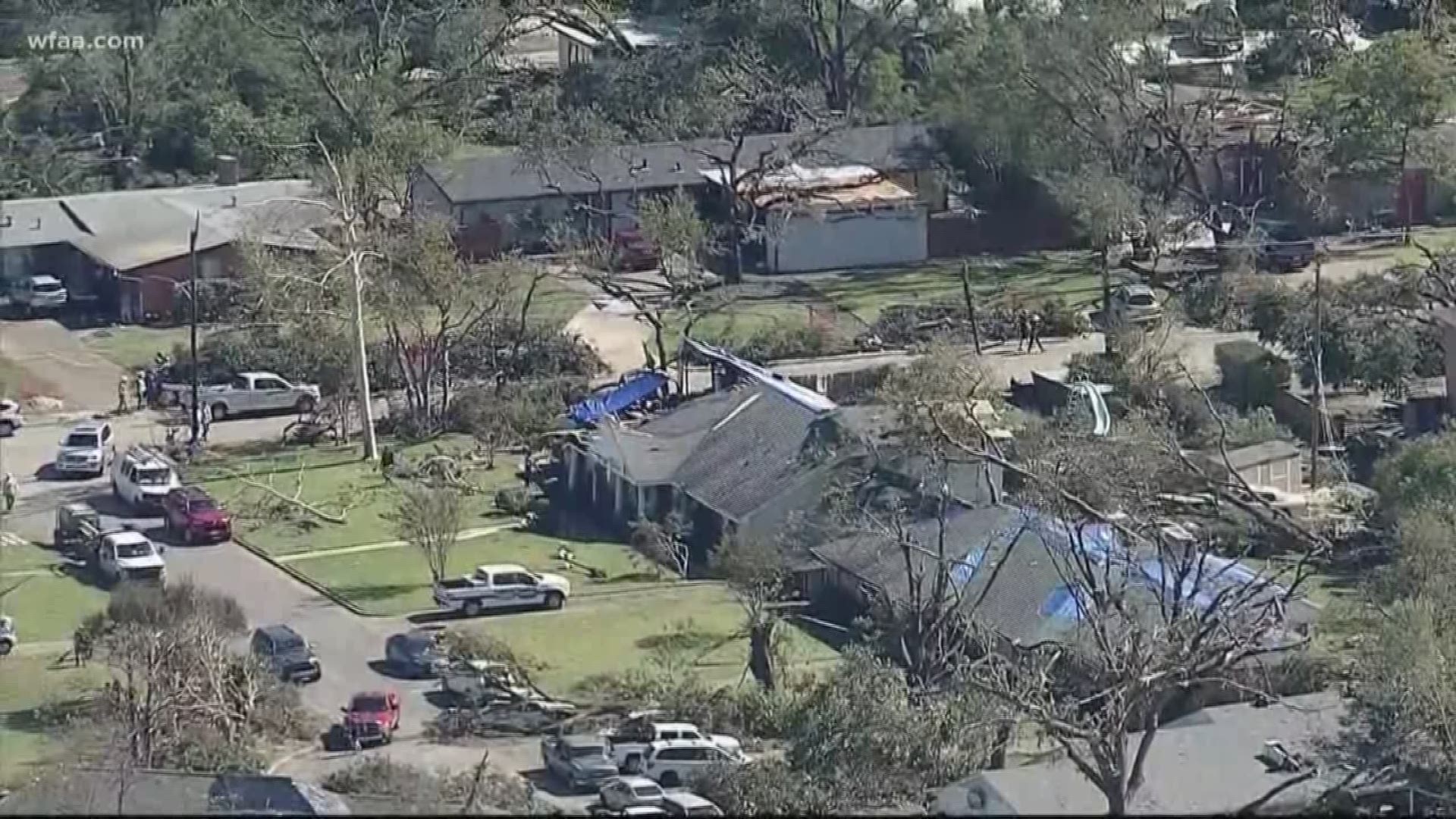 DALLAS — As more rainy and stormy weather moves into the Dallas-Forth Worth area Thursday night, additional information on the tornadoes and storms on Sunday was released by the National Weather Service and the Insurance Council of Texas.

The storms Sunday night in North Texas included 10 tornadoes, the NWS confirmed Thursday. Those tornadoes and other storms caused an estimated $2 billion worth of insured damage, according to the ICT.

That $2 billion makes Sunday's tornadoes the costliest in Texas' history, according to the ICT. By comparison, the tornado that hit the Garland/Rowlett area on December 26, 2015 caused insured losses of $1.2 billion, the ICT said.

RELATED: Right on the Money: How to avoid contractor fraud

On Thursday, the NWS confirmed a 10th tornado touched down in North Texas Sunday. An EF-0 tornado hit Allen, in Collin County, at 80 mph. the full list of tornadoes is as follows:

Thursday, another cold front with widespread rain and showers returned to North Texas, with an expectation of 1 to 3 inches of rain.