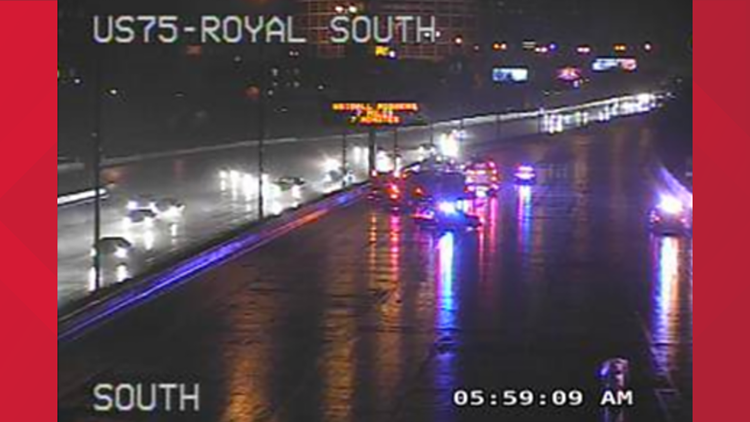 Photo by: TxDOT
Fatal accident on U.S. 75 at Royal Lane

A man died Wednesday morning after being involved in a rollover crash, Dallas police say.

According to officials, the crash occurred around 4:30 a.m. on the southbound lanes of U.S. 75 near Royal Lane.

Authorities say a man was driving at an unsafe speed on the wet roadway. This caused the man to crash into a pickup truck, police say.

The victim then lost control of his vehicle, causing it to flip. Police say the victim was ejected out of the sunroof and pronounced dead a the scene.

His name has not been released at this time.

This is a breaking news story and will be updated. Download our free WFAA app to stay up-to-date on all news stories in the Dallas-Fort Worth area.